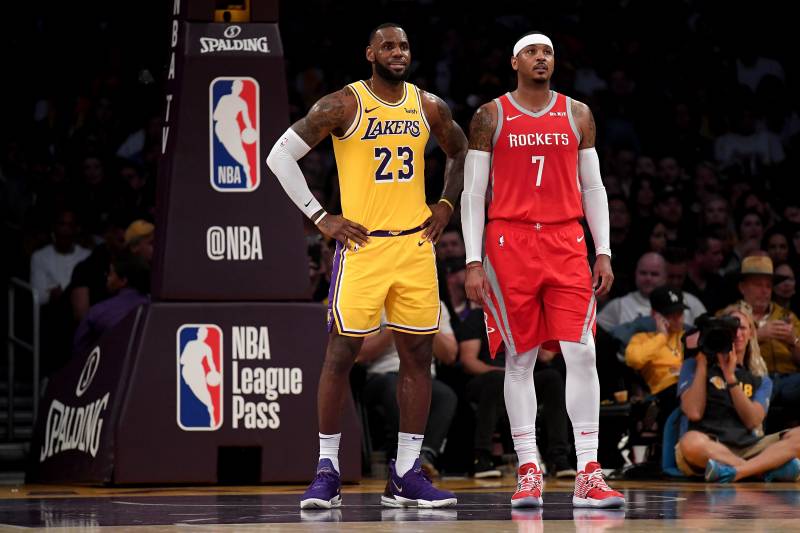 By ADAM ZAGORIA Jalen Rose says Carmelo Anthony’s NBA career is probably over unless a team loses a player to injury. “I hope [he plays again],” Rose told TMZ Sports. “He can still contribute, it’s just finding the right opportunity is tough because unless there’s a major injury, a contending team probably wouldn’t add him. Then a lottery team’s probably looking to ‘Stop Tryin’ for Zion’ so they’re tanking in a lot of ways. “Maybe an injury happens and he gets back in the league. But I hope so, I hope so. I don’t want him to end after 10 games in Houston. He deserves better for somebody going to the Hall of Fame.” The Rockets parted ways with Anthony in November and he played his final game with them on Nov. 8. Anthony played just 10 games for the Rockets after signing a one-year, $2.4 million deal during the offseason. He was linked to the Lakers and his good friend LeBron James, but so far nothing has come of that. “Not at this point, not at this point,” Rose said. “The Laker thing seemed to die quick.” The 34-year-old Anthony is a 10-time All-Star who has had a tough time over the last two seasons. He averaged a career-low 16.2 points in 78 starts in a tumultuous season for the Thunder last season before coming to Houston — and accepting a reserve role for the first time in his 16-year career. Eight of Anthony’s 10 appearances for the Rockets came off the bench after he had started all 1,054 games he’d played in his first 15 NBA seasons. The third overall pick in the 2003 draft has averaged 24 points, 6.5 rebounds and 3 assists in a career that also included stints with the Denver Nuggets and the New York Knicks.   Photo: Harry How/Getty Images Follow Adam Zagoria on Twitter And like ZAGS on Facebook