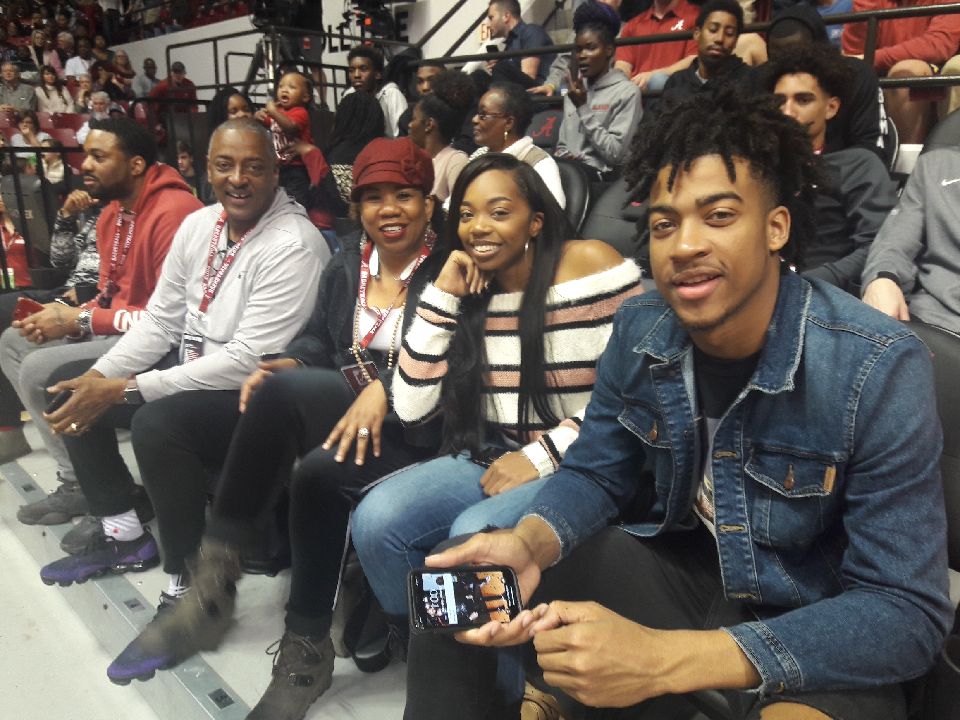 By ADAM ZAGORIA Alabama got two wins for the price of one on Saturday. They not only ended a 10-game home losing streak to SEC rival Kentucky, but they got the 77-75 win with five-star forward  Trendon Watford in the building for his official visit. Watford attended with his parents and sister. Tide fans chanted Watford’s name during the game, and held up a sign that read “T-R-E-N-D-O-N.” “It was good, the fans were loud all game,” Watford said by text. “It shows they want me to come a lot.” Said Ernest Watford, Trendon’s father: “Big-time atmosphere in here, especially with the students out of class. #Energy.”

The 6-foot-9 Watford has trimmed his list to four schools — Alabama, Indiana, LSU and Memphis. He has already taken officials to LSU and Memphis. LSU head coach Will Wade and assistant Billy Armstrong attended Mountain Brook’s game with John Carroll High School on Friday night. As for Alabama, that is the home-state school and has an obvious appeal of staying home. “It’s the hometown [team] and they’ve been recruiting me ever since I was in eighth grade,” Watford said of Alabama at the City of Palms Classic. “I got a strong relationship with Coach Avery Johnson.” Of potentially staying in Alabama, he added, “Obviously, I’m going to make the decision that’s best for me. With that being said, if it is Alabama, if it’s not, I’m going to make the best decision for me.” Photo: Watford family Follow Adam Zagoria on Twitter And Like ZAGS on Facebook