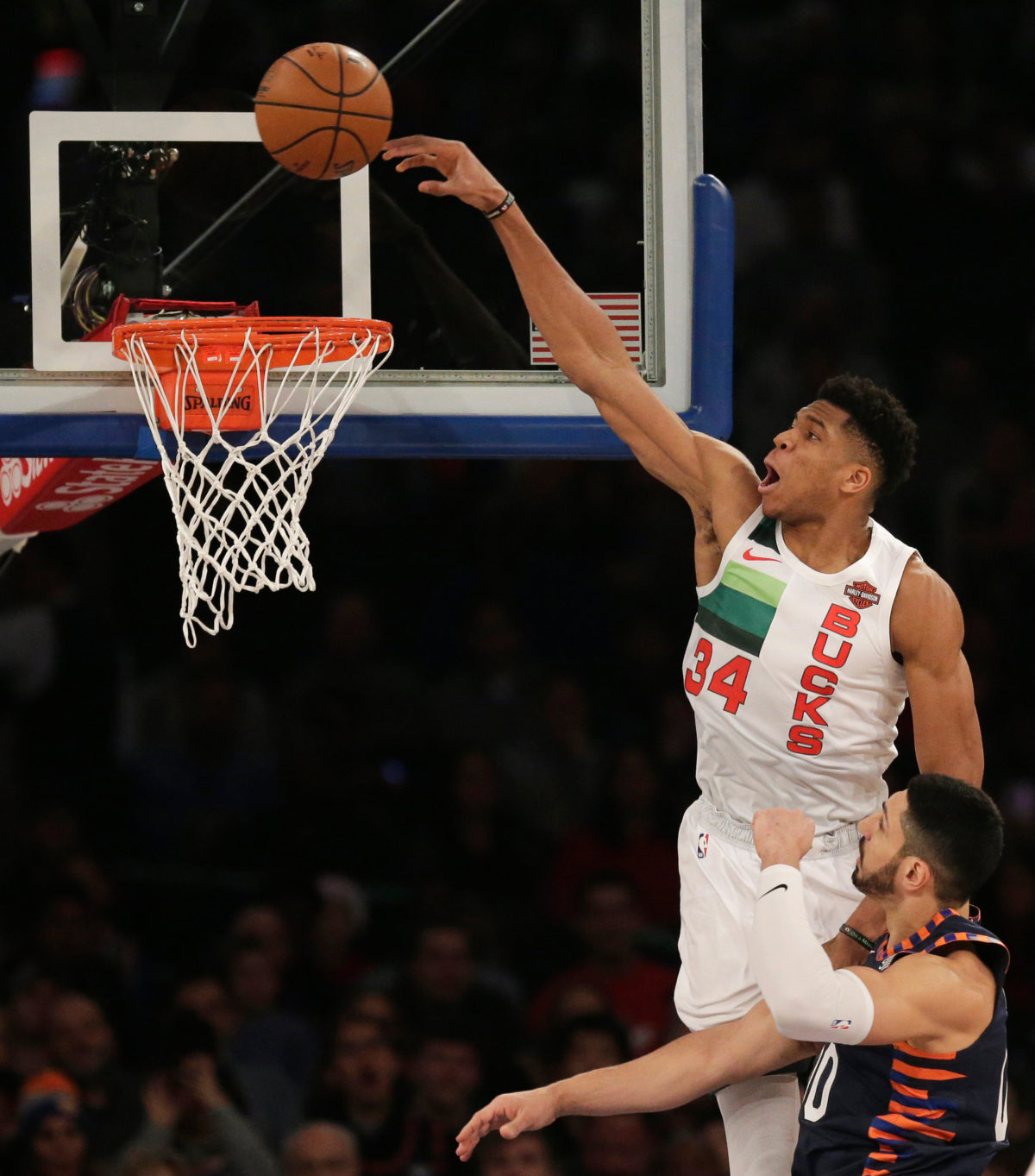 By ADAM ZAGORIA Now that the Knicks’ December home slate is done, the final results are in. In seven games at Madison Square Garden this month, the Knicks came away with one win — a 136-134 OT victory over the Milwaukee Bucks back on Dec. 1. The Knicks lost their final six games at home this month, including Tuesday’s 109-95 loss to those same Bucks. During that same span, seven college basketball teams won as many games at the Garden as the Knicks (1): Florida, Oklahoma, Seton Hall, Columbia, St. John’s, Duke and Villanova. None of those teams played more than one game at the Garden in December.

The good news for Knicks fans — if you’re a glass half-full person — is that the Knicks currently own the third-worst record (9-26) in the NBA and have 52.1 percent chance of landing a top-4 pick and a 14 percent at the No. 1 pick, which many assume will be Duke star Zion Williamson, who played his first game at the Garden last Thursday. The Knicks will also have cap space to pursue a free agent like Kevin Durant during the all-important summer of 2019. Looking ahead, the Knicks play their next six games on the road, including tilts at likely playoff teams the Bucks, Nuggets, Warriors, Lakers and Blazers. When New York returns home Jan. 13, three of their next four games are against current playoff teams in the 76ers, Thunder and Rockets.   Photo: AP Follow Adam Zagoria on Twitter And Like ZAGS on Facebook

Duke regains No. 1 spot in AP Top 25 men's hoops after Texas Tech win; Kansas drops to No. 5 after loss