Knicks will have cap space to pursue Kevin Durant; ‘Everyone says Knicks,’ one agent says 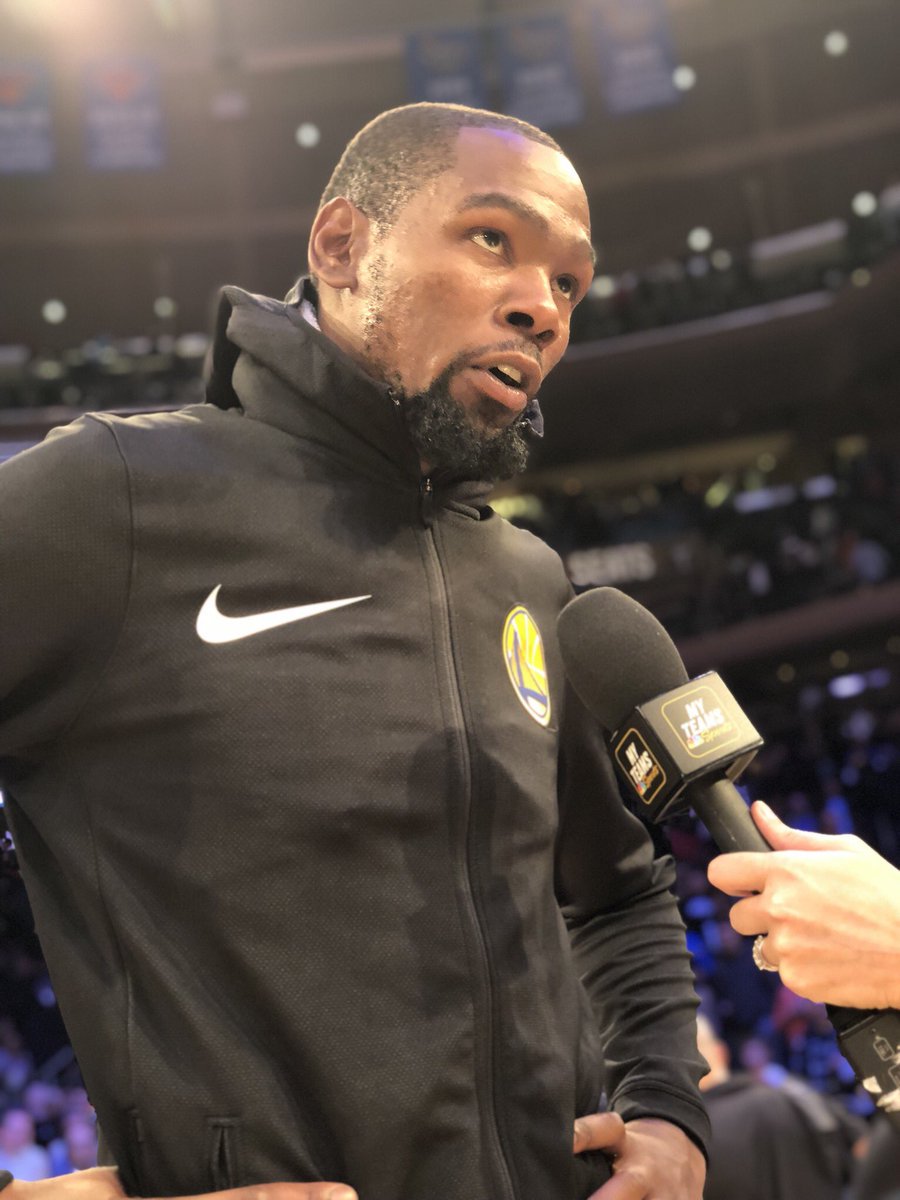 By ADAM ZAGORIA The Knicks will  have cap space to pursue Kevin Durant and other elite free agents during the all-important summer of 2019. “We will be able to create enough cap space to go after one free agent,” Knicks President Steve Mills told Alan Hahn of the MSG Network on Friday night. The Knicks (9-24) should also have a lottery pick in the 2019 NBA Draft and, like many other teams, are dreaming of adding Duke Stars Zion Williamson and R.J. Barrett, who played their first games at Madison Square Garden on Thursday night in Duke’s win over Texas Tech. Durant is set to become a free agent next summer, and the Knicks are openly planning on targeting him and other elite free agents. Durant, 30, is playing on a two-year, $61.5 million contract and is expected to opt out. “Everyone says Knicks,” one prominent NBA player agent told Frank Isola of The Athletic. Still, the Warriors are the only team that can offer Durant a five-year max contract, so he can make up to $30 million more by remaining with the Warriors than he could by coming to New York or anywhere else. “I just want to make sure I get as much money as I can on my next deal,” Durant told Chris Haynes.

?: The debut of “Posted Up with Chris Haynes” podcast is LIVE NOW. Our first episode features @KDTrey5.

In an effort to create cap space for free agency, the Knicks waived Joakim Noah and declined Kristaps Porzingis’ rookie option, giving them an extra $10 million in cap space. Porzingis is on track for a February reassessment of his ACL recovery. Durant previously called Porzingis a “unicorn” — in a good way — and praised his game. Meantime, Mills said the Knicks are focused on the young players on their roster. “Our goal is to focus on the guys that we currently have on the roster,” he said. “How can we get the best out of them and hopefully they’ll force us to make some difficult decisions about creating cap space.”   Follow Adam Zagoria on Twitter And Like ZAGS on Facebook

Knicks' Porzingis on track for February reassessment, unclear if he'll play this season