Bulls Fire Fred Hoiberg, Could UCLA Be His Next Stop? | Zagsblog
Follow @adamzagoria 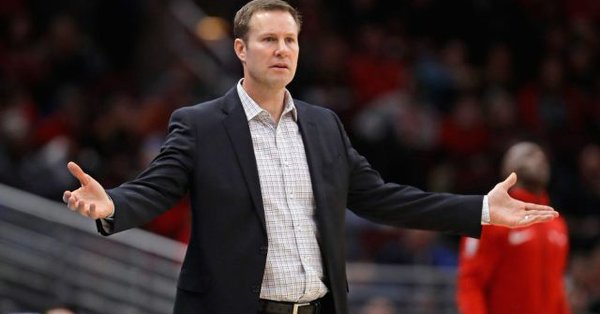 **UPDATE 12/31/18 – UCLA has fired Steve Alford ** By ADAM ZAGORIA The Chicago Bulls on Monday parted ways with head coach Fred Hoiberg and named Jim Boylen his replacement. Could UCLA be Hoiberg’s next stop? “It’s possible,” a Pac-12 source said. “He’s got NBA experience. It could be very possible.” Steve Alford, 54, is currently the UCLA head coach and has a $3.6 million buyout if the contract is terminated before April 30, 2019, according to reports. Alford is 122-59 in five-plus years with the Bruins with three Sweet 16 appearances, but he has not been past the Sweet 16. The Pac-12 source said if the Bruins don’t make a deep run in the NCAA Tournament next March, “UCLA will get somebody new, I know that.” During his coaching career at Iowa State between 2010-15, Hoiberg, 46, went 115-56. He led the team to four NCAA Tournament appearances with one Sweet 16. “Everybody said Billy Donovan [was a target at UCLA], so if they’ll go after Donovan, Fred’s a lot like Donovan,” the source said. “He could every easily go there.” Said a second source: “I know Fred will ask.” Follow Adam Zagoria on Twitter And Like ZAGS on Facebook