Steve Alford Out as UCLA Coach 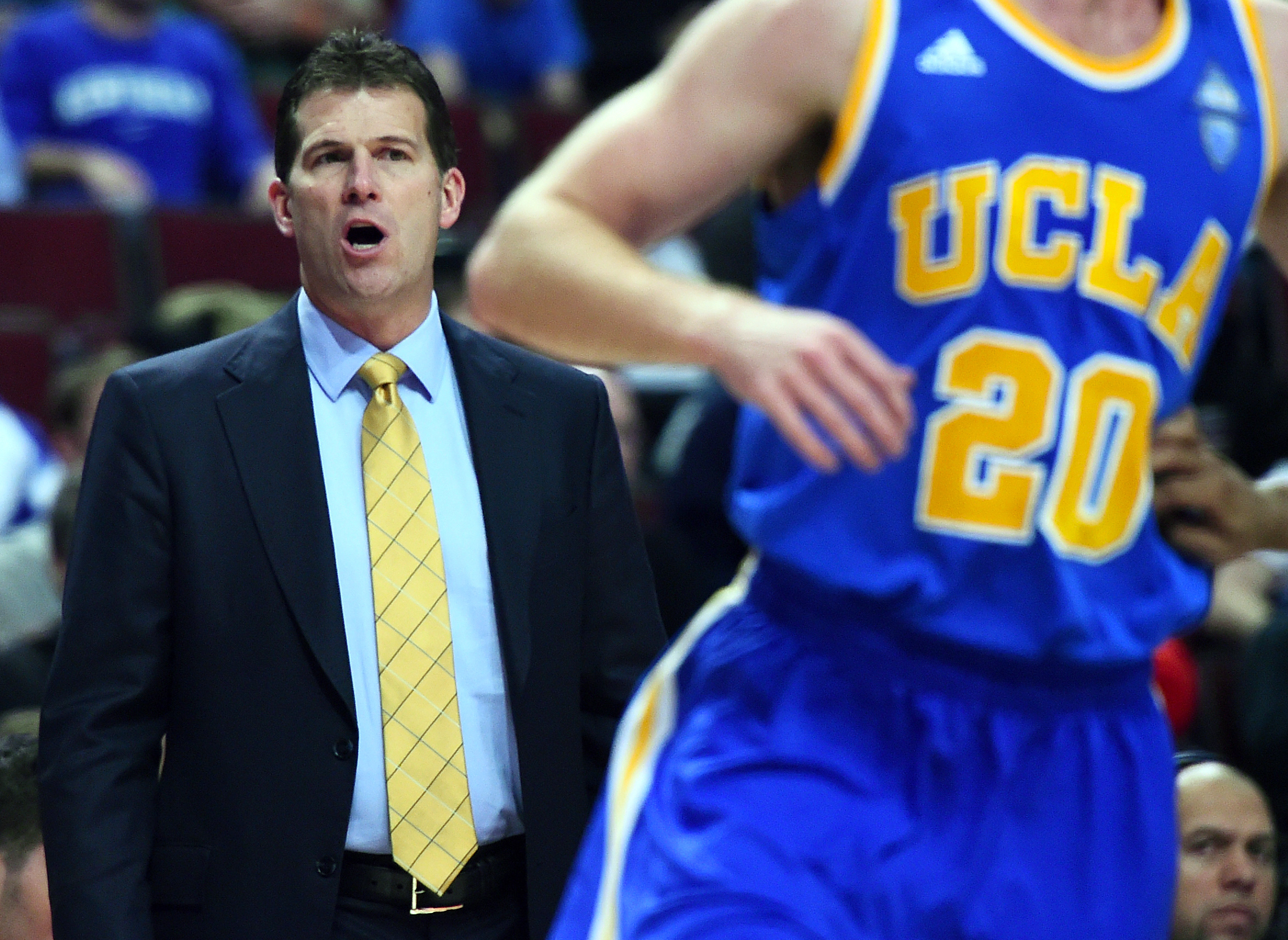 By ADAM ZAGORIA Steve Alford is out as the coach at UCLA, the school announced Monday. Murry Bartow will serve as the Bruins’ interim head coach for the remainder of this season. Bartow’s father, Gene, succeeded John Wooden at UCLA. “Throughout my career as an athletic director, I have maintained a belief that making a head coaching change during a season is rarely in the best interests of our student-athletes or program,” said AD guard Dan Guerrero. “In this case, however, it is now clear to me that what is best for our current students and for the overall good of the program, is to make this change now. While Steve led us to three Sweet 16 appearances, we simply have not been performing at a consistent level and our struggles up to this point in the season do not bode well for the future. On behalf of UCLA Athletics, I want to thank Steve, Tanya and the entire Alford family for their commitment to UCLA and wish them all of the best in the future.” Said Alford: “I’m extremely appreciative to everybody at UCLA for what has been a tremendous run and the chance to work with such special student-athletes and coaches. While I wish we could have had more success, my family and I are so grateful for our time in Westwood. We wish this program nothing but the best. I sincerely hope that the UCLA community will rally around this team, its players and the coaching staff as Pac-12 play begins.” Bruins Nation said Alford was due about $4.5 million if he was fired now or in the spring. On Sunday a source told ZAGSBLOG: “He might not make it until Monday. He has lost his team as they do not like him.” The Bruins were picked second in the Pac-12 behind Oregon but are 7-6 and coming off a loss to Liberty. They begin league play Thursday at home against Stanford.

The box score that will forever live as the final nail in Alford’s coaching coffin. pic.twitter.com/NUu5b9YyqS

Alford went 124-63 across five-plus seasons at UCLA. Among the names linked to the UCLA job are former Bulls coach Fred Hoiberg, Nevada’s Eric Musselman, former Phoenix Suns coach and UCLA star Earl Watson and TCU’s Jamie Dixon. Thunder coach Billy Donovan is considered an extreme long shot. “Watson has been lobbying for the job all year,” one NBA source said. Of Hoiberg, the source said, “There will be openings in the NBA… I think he will consider that first. Chicago owes Fred 5 million this year and next… he will be in no rush.”