St. John's rallies from 16 down to beat Georgia Tech, improves to 7-0 for first time since 1994-5 | Zagsblog
Follow @adamzagoria 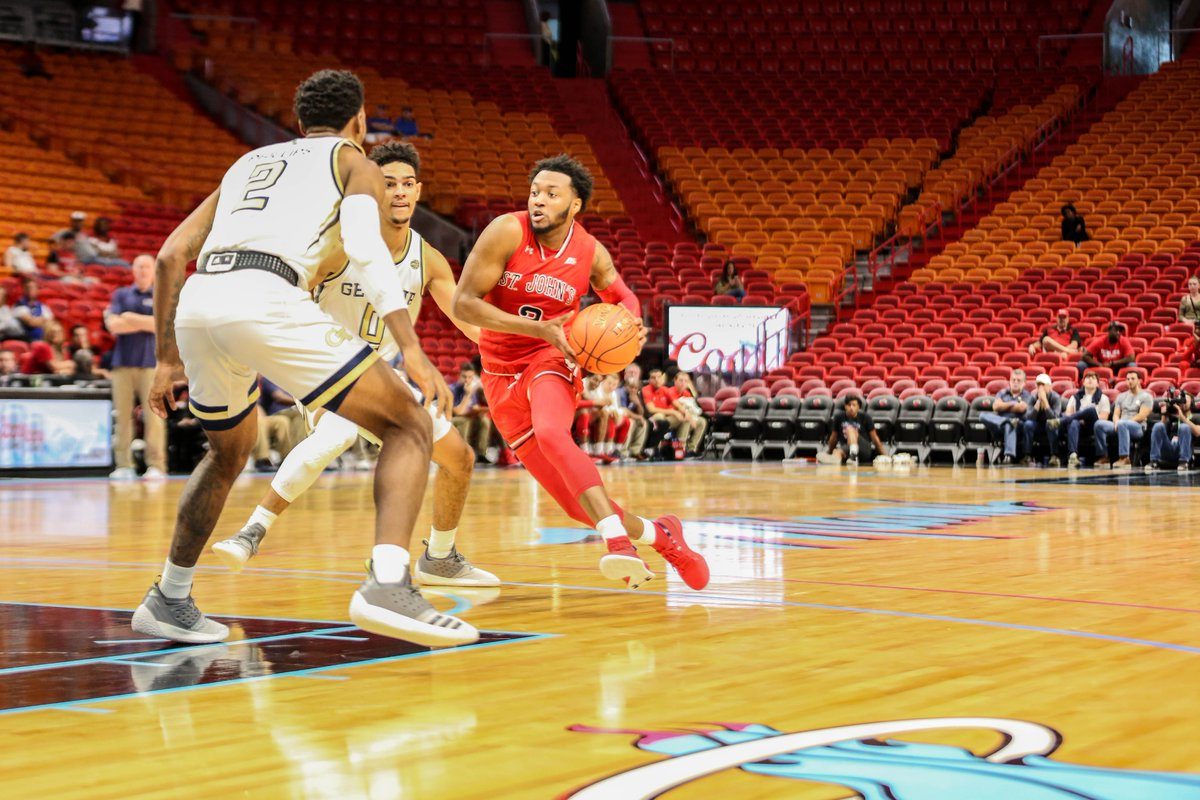 MIAMI (AP) — Shamorie Ponds scored 37 points, including a personal 9-0 run down the stretch, and St. John’s rallied from 16 points down in the second half to beat Georgia Tech 76-73 on Saturday at the HoopHall Miami Invitational.

The 16-point cushion is the biggest that Georgia Tech has had in what became a loss under coach Josh Pastner. The previous was a 13-point first-half advantage at Boston College last season.

Ponds’ nine straight points were part of a 13-0 run for the Red Storm, but Georgia Tech got within 73-71 on a 3-point play by Curtis Haywood II with 9.2 seconds remaining. A pair of free throws from Alvarado cut the Red Storm lead to one with 3.2 seconds left, but Ponds made two foul shots for a 76-73 lead and St. John’s survived when Alvarado’s 70-foot try wasn’t close as time expired.

St. John’s made its first four shots — then made four of its next 25, missing 12 straight over a stretch that lasted just over seven minutes.

The Yellow Jackets went on a 16-0 run late in the half, turning a 24-17 deficit into a 33-24 lead. Banks had seven points in that run, and Georgia Tech’s lead was 38-29 at the half — with St. John’s ending its field-goal drought at the buzzer, when Ponds swished one from midcourt.

Georgia Tech’s lead reached 16 points twice in the second half, the second of those coming on a layup by Wright with 15:06 left for a 51-35 edge.

And then the pendulum started swinging back to St. John’s. The Red Storm got back within single digits by the midpoint of the half, and a pair of free throws from Ponds with 3:31 left — the sixth and seventh points of his personal 9-0 run — put his team back on top for good at 67-66.

St. John’s: Red Storm coach Chris Mullin scored exactly 28 points at Miami, exactly 28 years ago. On Dec. 1, 1990, he was perfect — 11 for 11 from the field, 5 for 5 from the line, to help Golden State beat the Heat. That game was in the long-demolished Miami Arena, not in the AmericanAirlines Arena that the Heat have called home for nearly 20 years.

Georgia Tech: This was one of three trips the Yellow Jackets will make to the state of Florida this season. Georgia Tech goes to both Florida State (Feb. 2) and Miami (Feb. 23) for Atlantic Coast Conference games.

This was the 10th meeting between the schools, and the ninth on a neutral floor. St. John’s has never played a true “home” game against Georgia Tech, although five of the neutral-site games have been at either Madison Square Garden or Barclays Center. Georgia Tech hosted St. John’s in 2003.

The game was played in the arena the Miami Heat call home. Chris Bosh, John Salley, Matt Geiger, Travis Best and Craig Neal were Georgia Tech players who eventually joined the Heat, and it’s already been decided that Bosh will have his No. 1 jersey retired by the team. The only St. John’s player to appear for the Heat is James Scott, who scored one point in eight games with the team in the 1996-97 season.