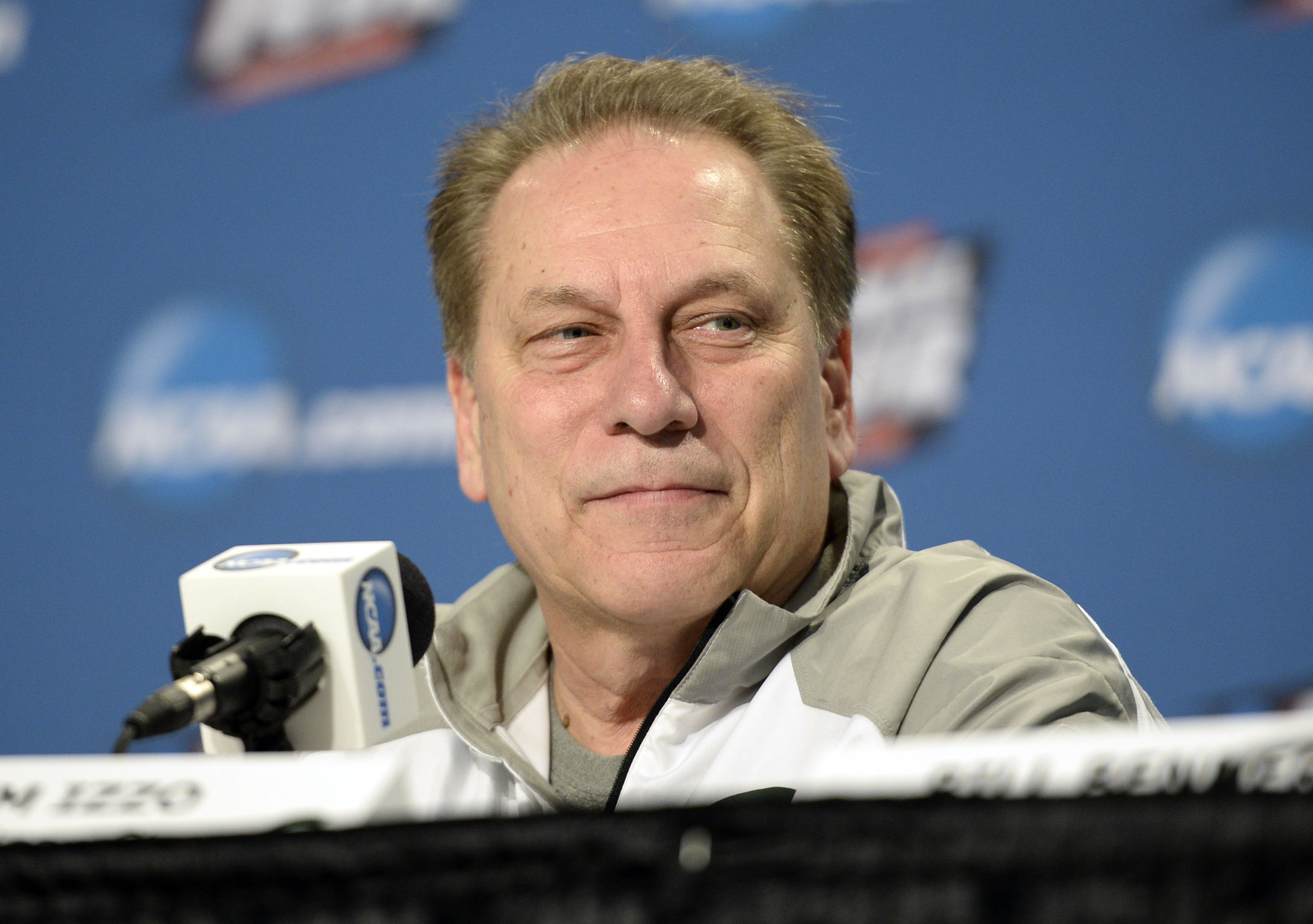 By ADAM ZAGORIA PISCATAWAY, N.J. — Tom Izzo watched on TV this week as Rutgers went into Miami and won a tough road game in the ACC/Big Ten Challenge. He knew his No. 9 Spartans would have to go into the Rutgers Athletic Center 48 hours later and that they would have their hands full. Turns out, Rutgers gave Michigan State all it could handle for a half before their offense dissappeared for most of the second half as the Spartans walked out of the RAC with a 78-67 victory. Rutgers had no answer for Cassius Winston and Nick Ward, who combined for 42 points. When the game ended, Izzo and Rutgers coach Steve Pikiell had an extended chat, and the veteran coach gave the younger one some words of wisdom. “I know you’re disappointed and you didn’t play as good as I thought you played the other night, to be very honest with you,” Izzo told the Rutgers coach. “I know you had a great start. But look what you’ve done to this place.” In the press conference, Izzo said Pikiell has things going the right way at the state University of New Jersey. He told me in the Michigan State locker room that Pikiell has to “change the culture” in order to get the process going in the right direction. “I’ve been a Steve Pikiell fan since the day he came into the league,” Izzo said on the podium. “I really appreciate where this program is going. It’s good for the Big Ten, it’s good for us. The fans tonight were awesome. He’s building something, and I hope all the fans and I hope the media take light of it because it’s a competitive team.” He added: “This guy here is a helluva coach and a class person. They’re definitely on the way up. They got the right guy, I tell you that” Rutgers hasn’t been to the NCAA Tournament since 1991 and Pikiell has finished last in the 14-team Big Ten in each of his first two seasons. Still, the Scarlet Knight won two games in the Big Ten Tournament last March at Madison Square Garden, and already have a nice road win at Miami this season.

You may see this Shaq Doorson dunk on SportsCenter later pic.twitter.com/VhKCJCmad8

Izzo didn’t know much about Pikiell from his Stony Brook days, but likes the energy he’s bringing to the program now. “Last year, to me, they played hard and weren’t as good,” Izzo said. “And even though we won more than last year, and last year we might’ve had a really good team too, I just felt like the energy in this building, in this place, it was awesome.” Rutgers (and Seton Hall) continue to miss out on the elite prospects in New Jersey such as Bryan Antoine (Villanova), Scottie Lewis (Florida) and Kahlil Whitney (Kentucky), but Rutgers signee Paul Mulcahy was in the building and loves what Rutgers has going on. “People will start to believe,” he told me after the Miami game. Former Michigan State and Giants star Plaxico Burress sat behind the Spartans bench on Friday, and then joined the team in the locker room. Izzo told him some of the Rutgers players reminded him of Burress’s former Giants teammates. “Plaxico Burress was in our locker room tonight and I told him it looked like the old Giants,” he said. “They looked like some linebackers out there. Some of those freshmen, [Montez] Mathis and [Ron] Harper. They got some good young kids so the first thing is I’d like to give credit to them.”

I asked Izzo what it would mean to the Big Ten if Rutgers — one of two Eastern schools in the league — could become a factor in the Big Ten. He said he didn’t want to stick around long enough to find out. “I think it’d be great,” he said, “and if it happens four or five years from now when I get the hell out of this job it would be even better.” Follow Adam Zagoria on Twitter And like ZAGS on Facebook