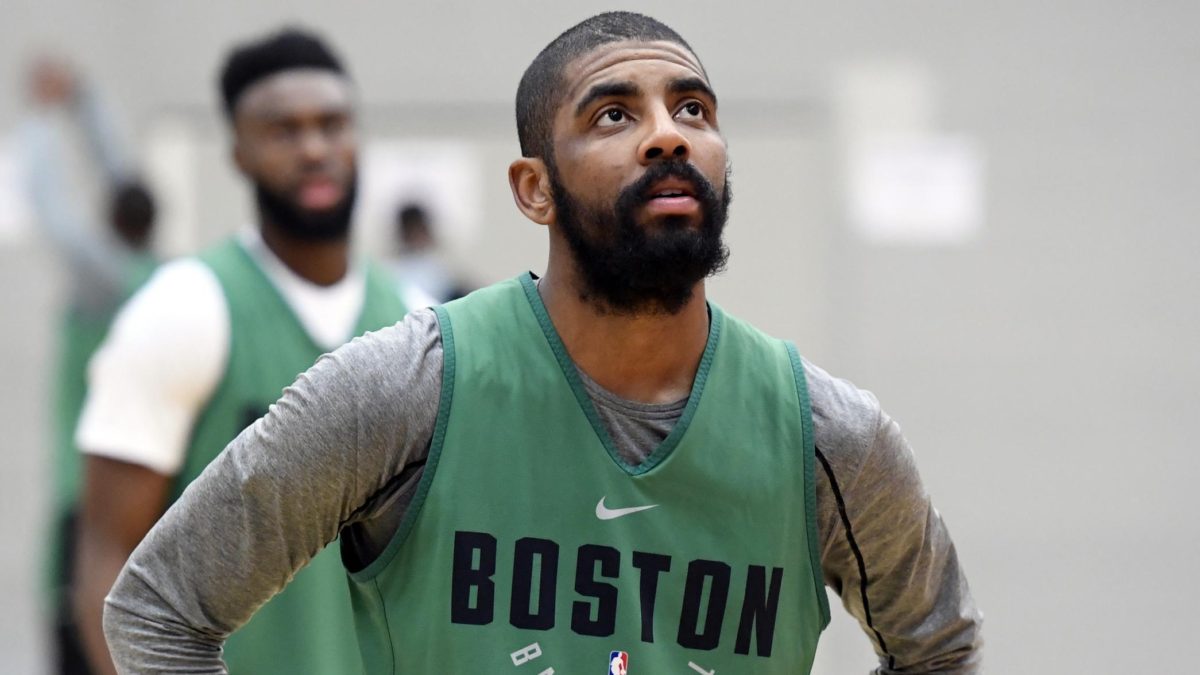 Kyrie Irving said on Thursday that he “meant no disrespect” after he criticized Thanksgiving. The former St. Patrick High School and Duke star told a reporter who wished him a happy Thanksgiving that he doesn’t celebrate the American holiday. “Fuck Thanksgiving,” he added. “I spoke with frustration after last night’s game and spoke words that shouldn’t be in a professional setting no matter what,” Irving wrote in a Twitter message on Thursday, the day after he made the comments following a 117-109 loss by the Boston Celtics’ to the Knicks. “Meant no disrespect to the Holiday and those who celebrate it respectfully. I am grateful for the time we all can share with our families. We are always ONE,” he added.

I spoke w/ frustration after last nights game and spoke words that shouldn’t be in a professional setting no matter what.

Irving told reporters he is opposed to celebrating Thanksgiving because of his late mother’s Native American heritage. Irving’s late mother, Elizabeth Ann Larson, was a member of the Standing Rock Sioux tribe and lived on the reservation that straddles the North Dakota-South Dakota border until her adoption at a young age. Irving’s late grandmother and great-grandparents also have ties to the reservation. This isn’t the first time Iving has stirred controversy with his comments. He insisted that the Earth was flat before eventually apologizing for that as well, saying, “I’m sorry.” Irving is a free agent this summer and has said he plans to re-sign with the Celtics. Boston is off to a disappointing 9-9 start, and Irving could opt to go somewhere else in free agency if he isn’t happy in Boston. (The AP contrbiuted; Photo: Reuters) Follow Adam Zagoria on Twitter And like ZAGS on Facebook