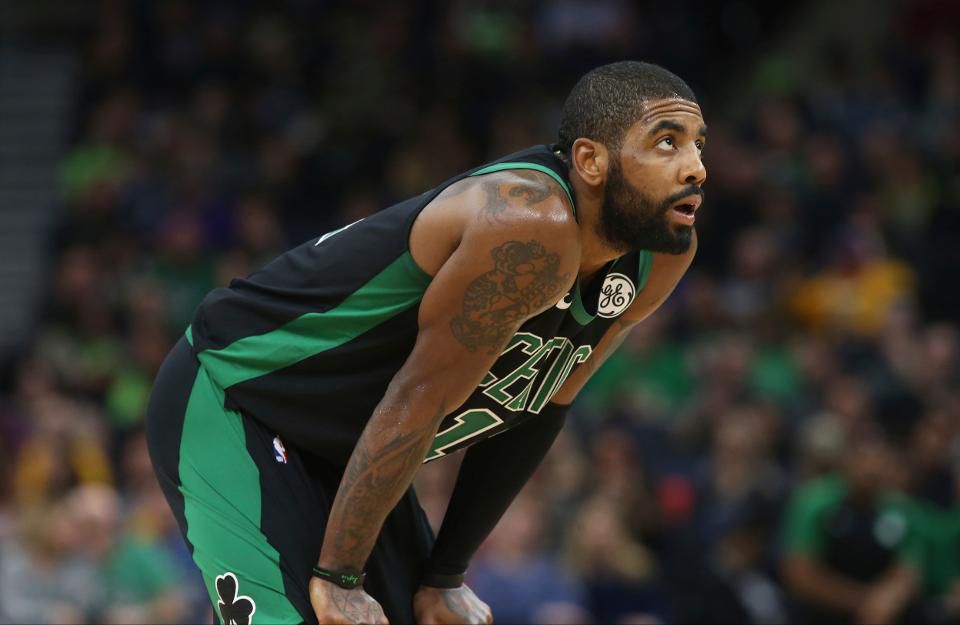 By ADAM ZAGORIA Kyrie Irving hosted the first annual Kyrie Irving Invitational on Monday night at Barclays Center, and after the event he addressed his alma mater in the locker room. “I appreciate you guys, I appreciate you, Coach [Chris Chavannes],” the West Orange, N.J. native and Boston Celtics guard told the Patrick School players in the locker room before they lost to Long Island Lutheran, 74-62, in a game shown on the YES Network. “Just enjoy this moment, man, honestly. I know even the injured players, just enjoy this whole entire experience. You guys go out and put on a show for these fans, that’s what it’s about. “I wish I had the opportunity to play at the Barclays or Madison Square Garden when I was a high school senior or junior. It’s just a great opportunity and for me it means a lot. I come from such great foundation. I’m Jersey till I die, so I appreciate y’all.”

.@KyrieIrving addressing his @patrickschool guys in the locker room last night at Barclays Center. “I’m Jersey till I die,” says Irving, a free agent with the Celtics this summer. pic.twitter.com/hYrOfzLXlK

The inaugural event was a success on the court, with at least one buzzer-beater. Kentucky-bound wing Kahlil Whitney scored the game-winner on a tip-in as Roselle Catholic edged Our Savior Lutheran, 75-74, with Kentucky coach John Calipari on hand. Irving, who will become a free agent this summer but has said he plans to re-sign with Boston, continues to remain close to those in his home state. As I detailed in this piece for Forbes SportsMoney, he has paid the tuition of a sick student at The Patrick School, renovated the school’s gym and locker room and now begun his inaugural event, giving the players the chance to play in an NBA arena. “It’s a tremendous thing that he’s doing,” Ayton Branch, an assistant at The Patrick School, told me for the Forbes piece. “A lot of times you have former alumni from high schools and colleges, they talk about doing these things and giving back to the schools that were a part of laying the foundation for them. “But he’s not only been a guy that talks about these things, he’s been showing it with his actions. And he’s been doing a tremendous job in coming and giving back and providing a platform for our youth.” Photo: (AP Photo/Jim Mone) Follow Adam Zagoria on Twitter And like ZAGS on Facebook