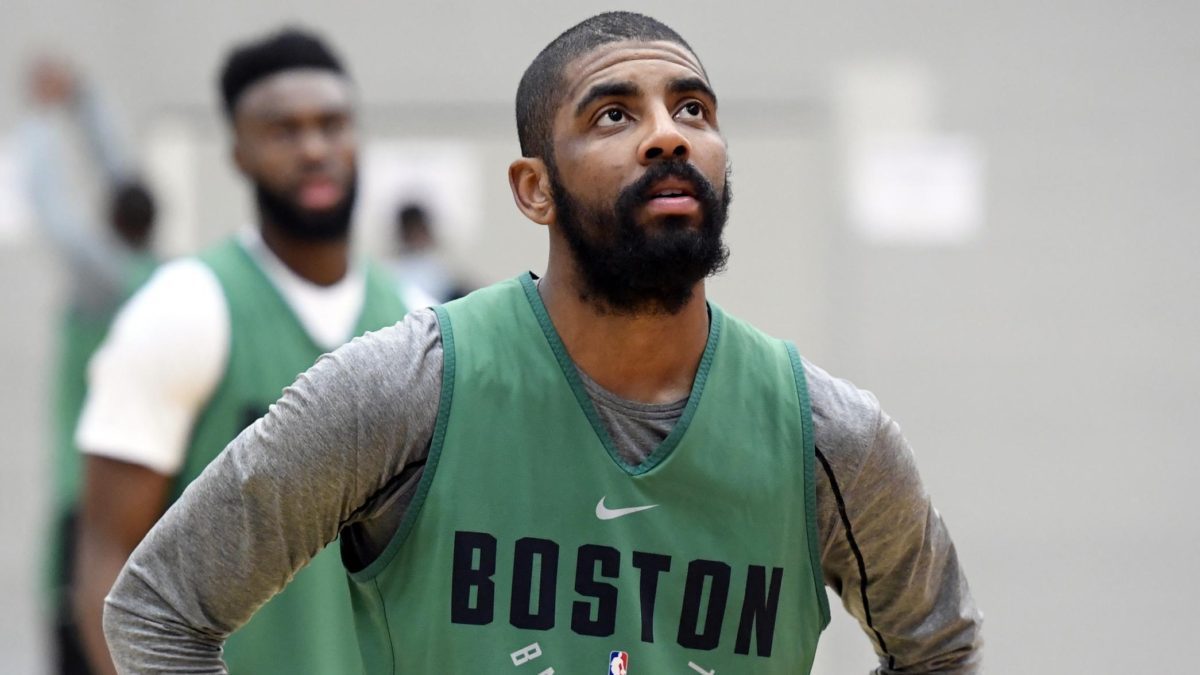 By ADAM ZAGORIA NEW YORK — Kyrie Irving said his hometown New York Knicks were under “strong consideration” before he opted to re-sign with the Celtics. “Of course, New York was a strong consideration,” he said after scoring 16 points in the Celtics’ 103-101 win over the Knicks on Saturday night at Madison Square Garden. The West Orange, N.J., native received a mix of boos and cheers when he was introduced to the Knicks fans, many of whom were likely hoping he would sign here in free agency next summer. Still, he opted to remain in Boston.

Kyrie says the #Knicks were a ‘strong consideration’ before he chose to re-sign in Boston. pic.twitter.com/nkA6ufiebH

Kyrie says he wants to continue the ‘lineage’ of strong players in Boston. . pic.twitter.com/JUDNIrFxIM

“I think if you were in my position, it would be an easy decision,” he said. “Thinking about who we have and the future of what we’re set up for, for me and where I am in age and how I envision my career going, kind of the lineage of guys that played for the Boston Celtics, is kind of something that I wanted to be a part of. Obviously, my dad and my mom met in Boston, so I had a lot of history there as well. Being from Jersey has history there, but Boston there’s nothing like it.” Irving signed a five-year, $94 million deal with Cleveland prior to the 2015-16 season but asked for a trade last summer. He has a player option for next season and can become an unrestricted free agent in 2020. Irving is taking a course at the Harvard Business School, and may take more going forward. “He seems to be settled [in Boston],” a source told SNY.tv. “Plus I don’t think he is only going to be taking one course at Harvard.” Before the game, Knicks coach David Fizdale made a not-so-subtle recruiting pitch via the media. “Every time I see him, he’s back,” Fizdale said. “He’s the one guy I would pay to see. I mean, if I was going to pay to go watch somebody play, he’s a difficult cover, man.” Irving, who starred at nearby St. Patrick HIgh School in Elizabeth, N.J. under legendary coach Kevin Boyle, is working his way back after undergoing knee surgery in April. Through two games, he was averaging 14.5 points, 6.5 assists and 4.0 rebounds. “His skillset is, I don’t know if you can practice that to get good at that,” Fizdale said of Irving. “He’s a natural performer and so, he looks the same, if not better.” Fizdale was asked directly about dealing with free agency questions. The Knicks are expected to focus heavily next summer on free agents like Irving, Kevin Durant and Jimmy Butler, among others. For now, Fizdale says he’s focused on the present and building through the process. “The focus is on them and some stuff doesn’t need to be said,” he said. “I think the way I treat them, the way I resepct them, the way I coach  them, they know that I’m all in with this group and I can’t be worried about what’s going to happen in the summers and the future. I’m taking this thing day-by-day with the guys that’s in that locker room.” Follow Adam Zagoria on Twitter And Like ZAGS on Facebook