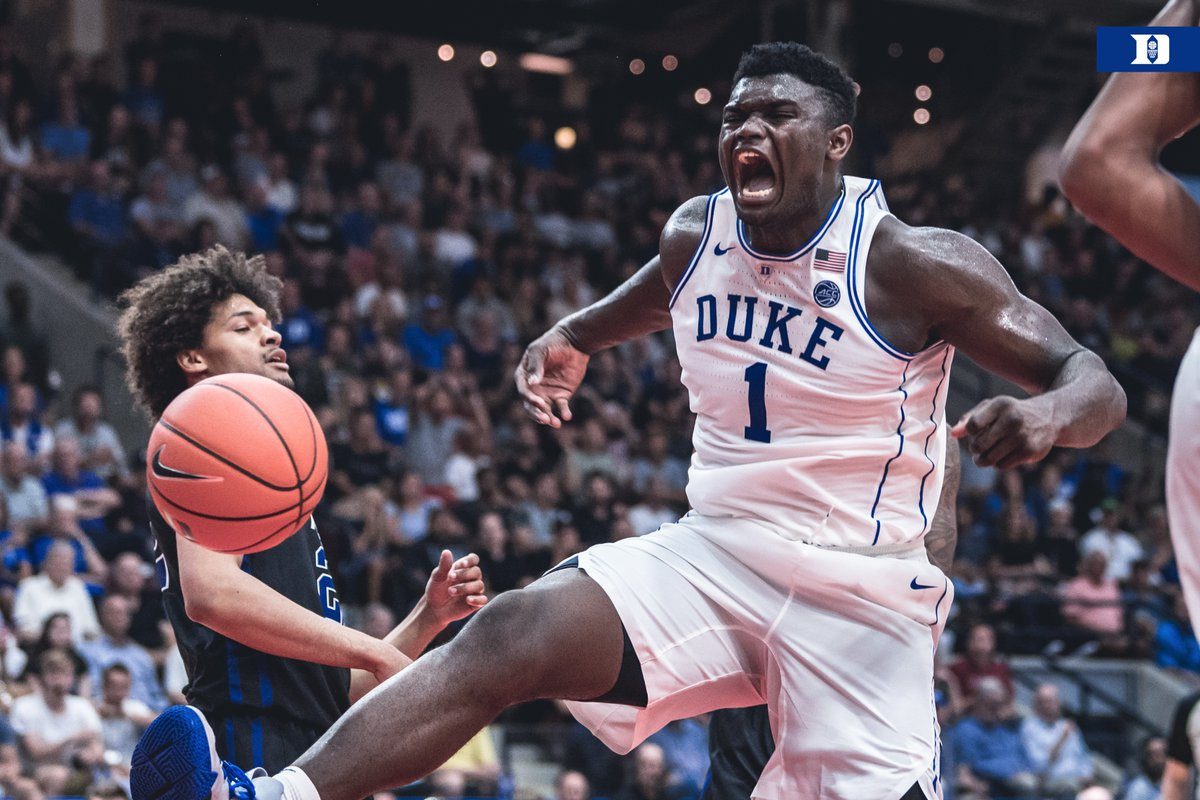 By ADAM ZAGORIA Five days after blowing out Kentucky by 34 points in the Champions Classic, Zion Williamson and Duke were back on the court against Coach K’s alma mater Army. After Army kept it close in the first half, No. 4 Duke cruised to a 94-72 victory behind another set of huge performances from its vaunted freshman. Williamson went off for 27 points, 16 rebounds and 6 blocks, including this dunk. He has combined for 55 points in his first two games, while missing just five shots.

Knicks fans are already dreaming of landing Williamson in the NBA Draft lottery (as are many other teams, no doubt.) Knicks execs Steve Mills and Scott Perry watched Duke and Williamson on Tuesday against Kentucky.

R.J. Barrett had 23 points and Cam Reddish scored 25 points and grabbed 7 rebounds, making a Duke freshman record seven three-pointers on 7-of-13 shooting from deep. Those three freshmen combined for 75 points. Freshman point guard Tre Jones added 8 points and 7 assists. Duke (2-0) will likely get a bunch of votes for No. 1 in the AP poll on Monday, and could well supplant Kansas atop the poll. Despite the hype, we should pump the brakes on this Duke team going unbeaten this season, as I wrote here for Forbes.com. Follow Adam Zagoria on Twitter And Like ZAGS on Facebook