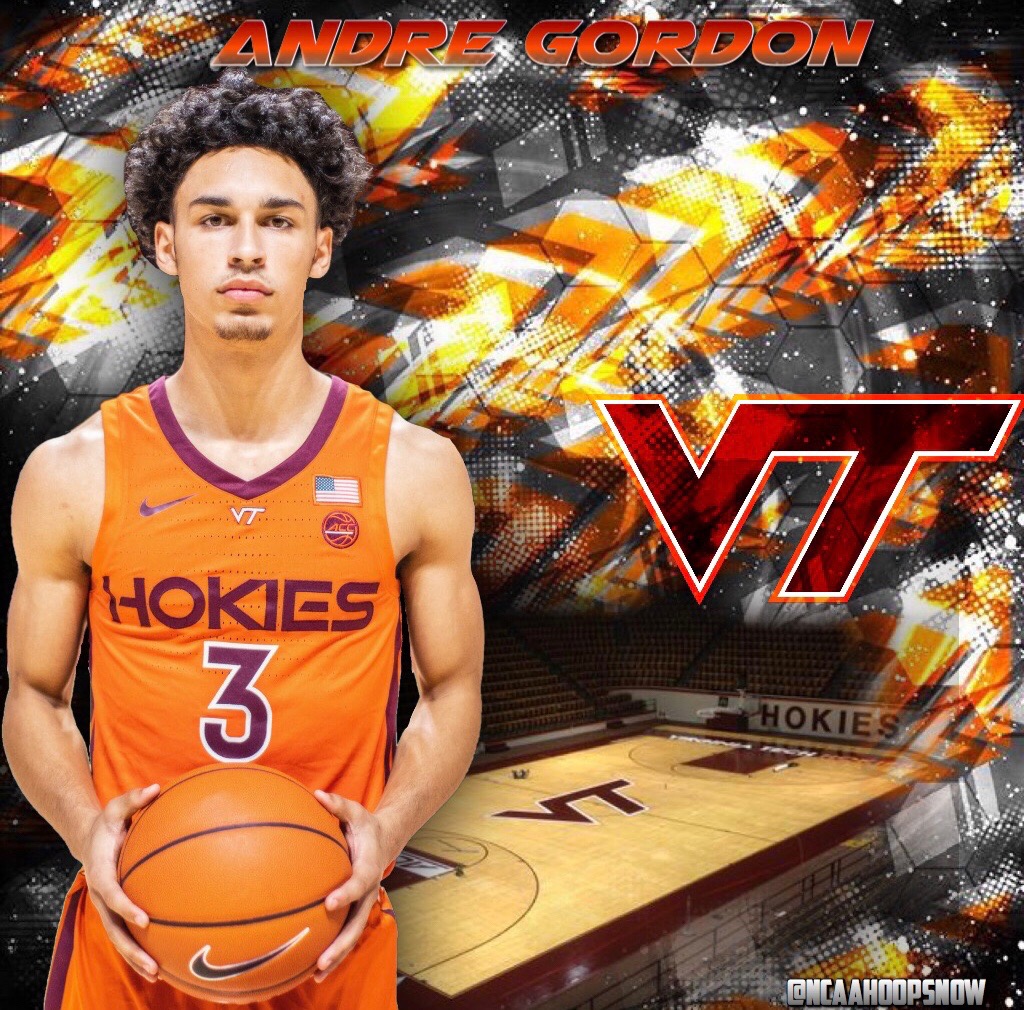 By RYAN McMULLEN Andre Gordon, the 6-foot combo guard from Huntington Prep (WV) and Ohio C2k Elite, announced his pledge to Virginia Tech, via Twitter. Although he is currently on his official visit in Blacksburg, Gordon was ready to make the call for Buzz Williams and staff. Gordon was considering Boston College, Dayton, DePaul, SMU, and Xavier before committing. The Hokies are receiving a crafty, smooth guard who is a great leader. Gordon has great court vision and does a tremendous job finding the gap in the defense. On the defensive side of the ball, his aggressiveness leads to many steals and forced turnovers. “Teachers, family members and coaches have always told me that you’ll know where you want to go, you’ll feel it,” Gordon told ZAGSBLOG. “Coach Williams loves my game and feels I can bring a lot to the table at a young age.” According to 247Sports, Gordon is a three-star prospect, ranked No. 195 nationally, and is the No. 1 player from Ohio. Gordon teams up with four-star Anthony Harris, who committed earlier this month. Follow Ryan on Twitter Follow Adam Zagoria on Twitter And like ZAGS on Facebook