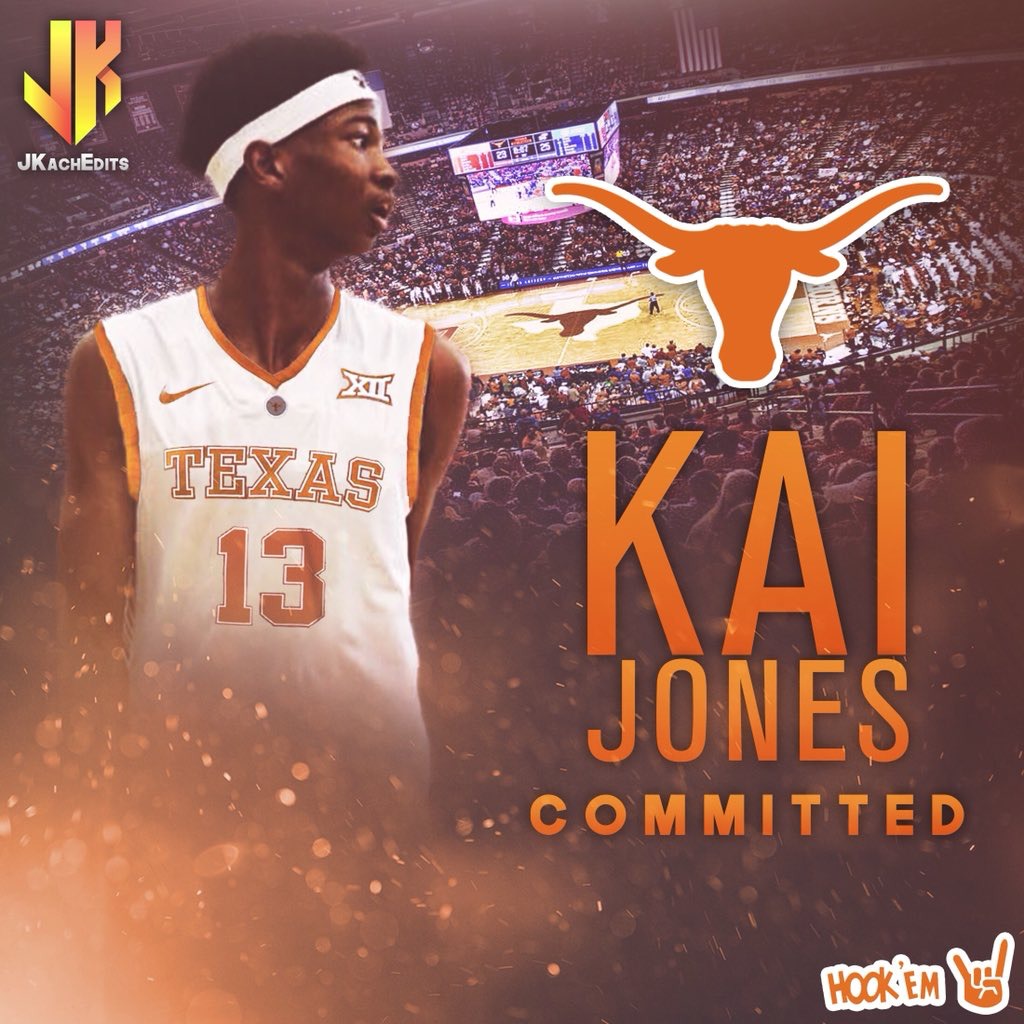 By ADAM ZAGORIA & RYAN McMULLEN In the spring of 2017, when he was home in Nassau, Bahamas, Kai Jones worked out with Deandre Ayton. “That was right before he was headed to Arizona,” Jones said Monday night of the No. 1 pick in the 2018 NBA Draft. “He had came home for a couple weeks and we got in the gym a couple times and played pickup together. He just shared with me how tough the competition was in the United States, and he was telling me the things to watch out for, look out for. How hard that I would have to work and I got to play one-on-one with him a little bit.” For the record, Ayton beat Jones 7-3 in a game of “King of the Court.” “It gave me an idea how much better I have to get,” Jones said, “and that was really the driving factor for me.” The 6-foot-10 1/2, 193-pound Jones then followed Ayton’s path to the U.S. and originally enrolled at Orlando (FL) Christian Prep. Now he’s at national power Brewster (N.H.) Academy and on Monday, he verbally committed to Texas over Baylor and Florida State. According to 247Sports, Jones is a four-star prospect, ranked No. 53 nationally, and is the No. 13 center. He picked Texas because “just how much they recruited me,” he said. “They kind of put together a specific plan for me to get better in their system, how they see me playing and coming in and making am impact. “They seemed to prioritize me in this class and I made a connection with the head coach [Shaka Smart].” Jones visited Texas officially Sept. 17. “[I’ll be] just an all-around player, another big guy who can push the ball and play defense, guard multiple spots” he said. “Push the ball, finish above the rim, be a high-energy guy who plays with a high motor.” Texas has recently produced NBA bigs Jarrett Allen and Mohamed Bamba, and currently features 6-9 senior Dylan Osetkowski. “They said I’m different from those guys,” he said. “They haven’t really compared me to anybody in their system, but they showed me the things I can do in their system. They showed me the different things I can do in their system.” Jones may still grow, too. “I think I’m going to keep growing, but I don’t know,” he said. “I don’t turn 18 until January.” Brewster coach Jason Smith says Jones has an “extremely high ceiling.” “He has a lot of untapped potential,” Smith said by phone. “He has as high of a ceiling as guys we’ve had here in the past. He runs like a guard, he’s very skilled, he’s quick. He’s new to the game relatively. This is only his second year of playing organized basketball. I think what separates him is he’s very driven, he’s very otivated, he’s got a tremendous work ethic. “His trainers, his previous coaches, have done a great job of instilling that work ethic. He lives in the gym so he’s continuing to get better every day.” As for Ayton, Jones hopes they can stay in touch going forward and maybe Jones will someday follow his fellow Bahamian to the NBA. “Yessir, I hope to follow, absolutely,” he said.  “Hopefully we can rekindle that relationship that we kind of started back home.”
Follow Ryan on Twitter
Follow Adam Zagoria on Twitter
And like ZAGS on Facebook