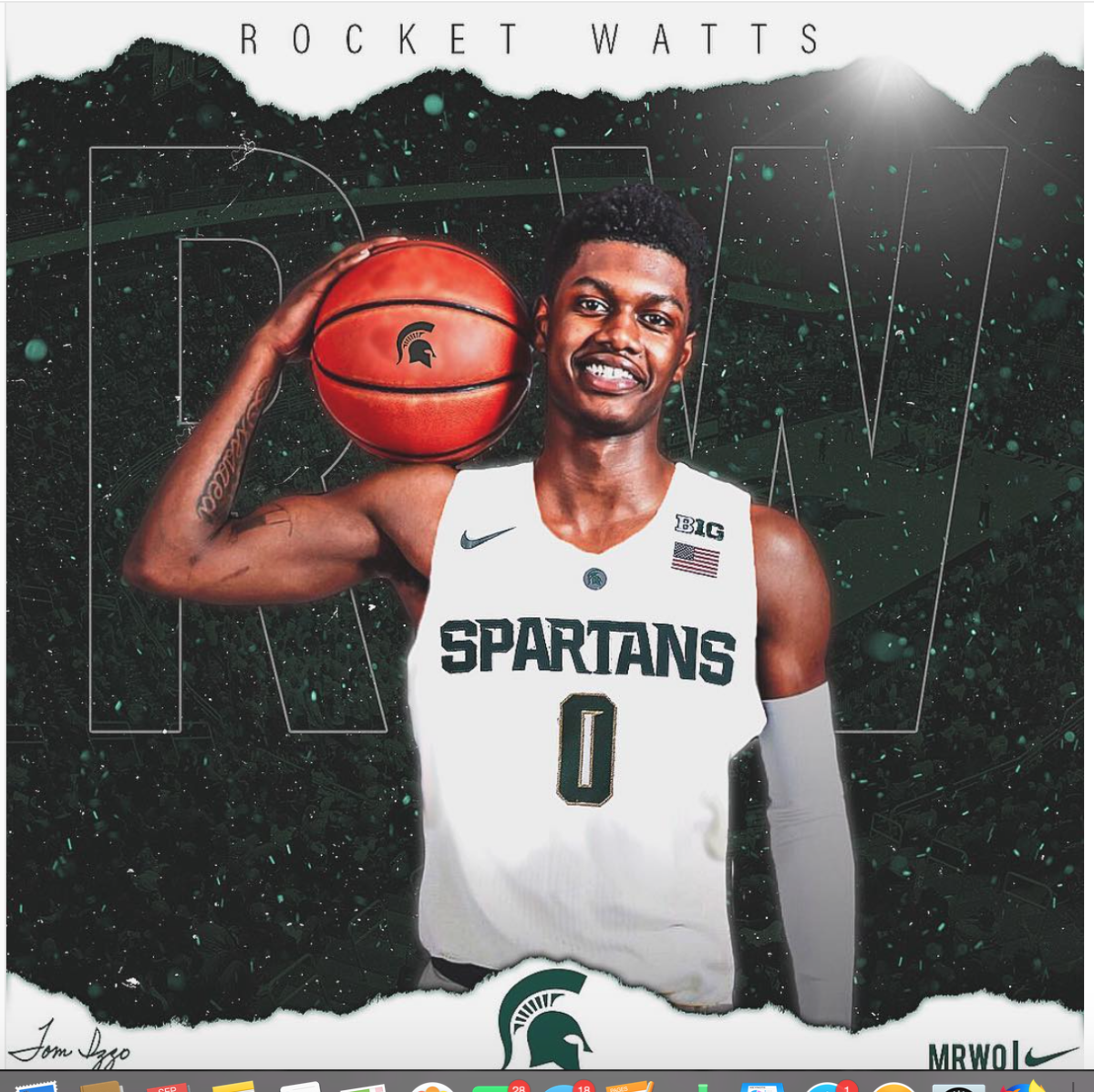 By ADAM ZAGORIA Mark “Rocket” Watts , the 6-foot-2, 180-pound point guard from The Family Detroit and Spire Academy (OH), announced his commitment to Michigan State Saturday night on Twitter. Watts also considered  UConn, Florida State, Michigan, Louisville, Missouri, Oregon and Xavier. He was slated to visit Louisville next weekend. Michigan State’s Tom Izzo was among the coaches who saw him drop 43 points in a July AAU game. Watts wrote on Instagram: “The next step is all about development- as a player as student as a teammate and as a person. That’s why I’ve decided to play college basketball For coach Tom Izzo at Michigan State University? The Opportunity to work & play for a elite staff that wants to see me succeed an compete for Championships. The Chance to put myself in the best possible position at the NBA Draft Someday. I trust Michigan State with my future. I want to thank all of the coaches that spent time recruiting me there’s a ton of great schools and basketball programs nationally.But for me, there is nothing like Michigan State . I Can’t wait to get to Michigan State and get to work. Spartan Nation Let’s Hang A Banner Up?? #1k” Craig Covington, head coach of The Family, said Watts will make an impact at Michigan State. “He chose Michigan State because of the relationship he built with Coach Izzo and assistant coaches [Dwayne] Stephens and [Mike] Garland,” Covington said. “He also has a relationship with past and current players while growing up in Detroit. “He has grown to learn a lot about the program and wanted to play in a winning tradition close to home.” Watts is Michigan State’s first commit in the Class of 2019. They remain involved for wings Keion Brooks and Malik Hall and big men Vernon Carey Jr., Isaiah Stewart, Trayce Jackson-Davis and Drew Timme. Follow Adam Zagoria on Twitter And like ZAGS on Facebook