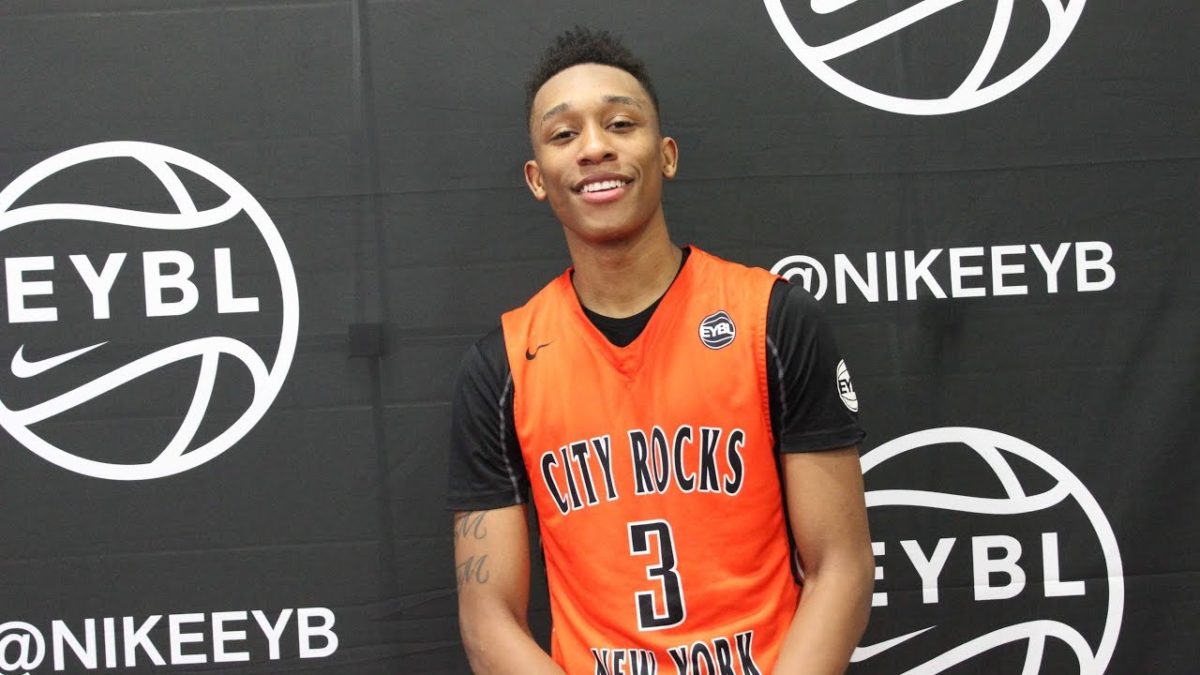 By ADAM ZAGORIA Mika Adams-Wood, the 6-foot-3, 175-pound point guard from New Hampton (N.H.) and the Albany City Rocks, committed to Nebraska. The left-hander also considered Nevada, UMass, George Mason, Siena, UNC-Greensboro, Buffalo and East Carolina. “They are in one of the best leagues in college, in my opinion,” he said. “I’ll be performing on a big stage every night.” As for what skillset he brings, Adams-Woods said, “I’m a true point guard and I can run a team and score as well.” He is Nebraska’s first commit in 2019. “It has been a pleasure coaching Mika,” New Hampton coach Nick Whitmore told ZAGSBLOG. “He is a tough-minded, unselfish winner who has performed at the highest level with his City Rocks teammates on the EYBL circuit, along with here at New Hampton in the NEPSAC AAA. “Mika is a long, versatile lefty who is comfortable initiating offense or taking on more of a scoring roll off the ball. He is a team-first guard who will excel under the tutelage of Coach [Tim] Miles and thrive in the Big 10. New Hampton has been fortunate to have him as a Husky.” Said City Rocks coach Jimmy Hart: “Mika is a rarity amongst today’s breed of point guards in that he’s a true floor general. He has a knack for knowing how to get everyone involved, is a vocal presence on the floor and is a great decision maker. What adds greatly to his skill set is his ability to score. When called upon Mika is capable of giving you 20+ whenever needed but he always maintains a ‘pass-first,’ ‘what’s the best team shot’ attitude. “Just a touch over 6’3” with a 6’7” wingspan, Mika uses his length to get in passing lanes on defense and finish at the rim amongst the bigs. Nebraska will love his competitive nature and most of all a winners attitude. I coached Mika for four straight years on the City Rocks and he really helped elevate our entire program to the level it’s at today.”

Dreams Do Come True! ??Thank you to all the coaches that have recruited me throughout this process, family, and teammates who stuck by my side through the ups and downs. I am happy to announce that I have committed to the University of Nebraska#GBR #HuskerNation ?⚪️ pic.twitter.com/TxXoFFer0q