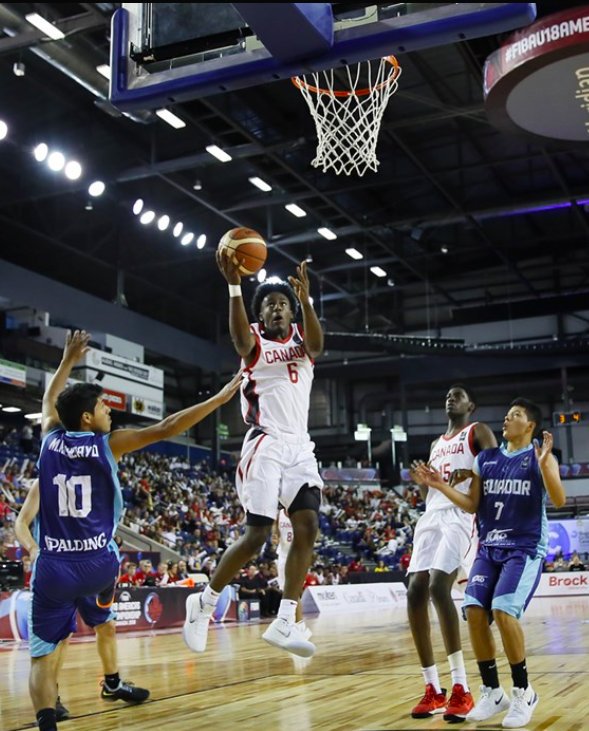 By ADAM ZAGORIA Joel Brown, the 6-foot-1 point guard from Brewster (N.H.) Academy and the CIA Bounce AAU program, is down to four schools and is nearing a college decision. The Brampton, Ontario native is down to Cal, Vanderbilt, Minnesota and Clemson, he told ZAGSBLOG. “Yes, I’m close to a decision,” Brown said. Cal assistant David Grace visited Brown at Brewster last week after the Pac-12 school offered on Sept. 10. Brown broke down his top four schools. Clemson: “The style of play at Clemson fits my style of play because they play quick, they have tough defense and I’ll be able to use my quickness and ability of coming off screens efficiently. They play in the ACC which is one of the best, if not the best, conference. And they’re good academically.” Vanderbilt: “Vandy is doing a great job of rebuilding their program and getting the right guys to come in and become the program they’re destined to be. They are great academically so I can get the best of both worlds. Also, the ability to play in the SEC and play a lot in transition is a great for me to showcase my quickness.” Cal: “I have a great relationship with Coach [Wyking] Jones and [David] Grace. They play in a loaded conference which produces a lot of pros. The style of play at Cal fits my style of play of being able to play quick up and down, get in the lane and be able to find guys and finish. It’s compared to the NBA and they are the No. 1 public university in the world.” Minnesota: “They play high level in the Big Ten. Coach [Richard] Pitino is doing a great job of making the program better. They do a good job of getting guys mentally stronger and physically stronger to play in a tough conference. Minnesota is a beautiful city where the fans are crazy and supportive.” Playing with the Canadian U18 team at the FIBA U18 Americas Championship in June, Brown averaged 7.0 points, 4.0 assist and 3.8 rebounds. Canada reached the gold-medal game before losing to the U.S. 113-74. Wherever he goes, Brown plans to bring “speed and an ability to finish at the rim and get in the paint.” He also will “find my teammates, [bring] leadership and defensive intensity.”