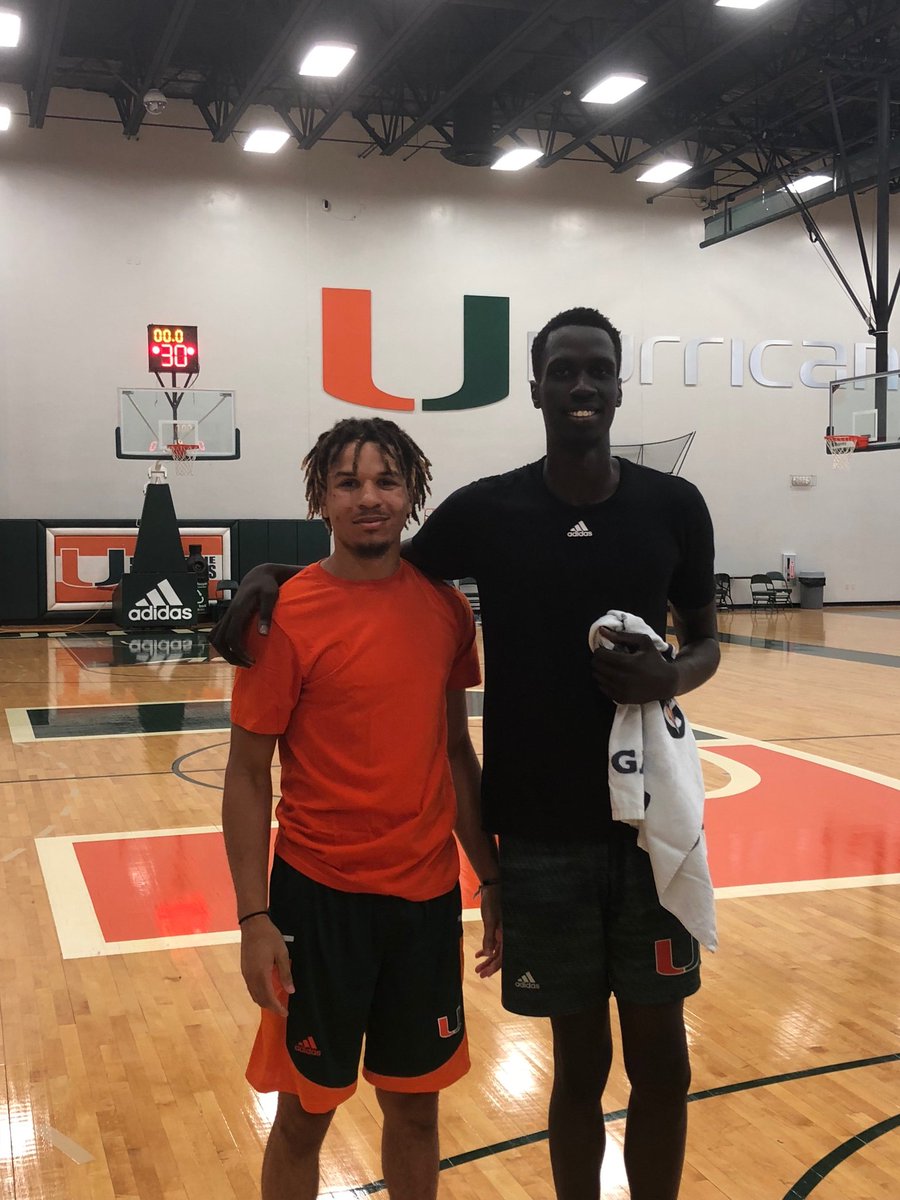 By ADAM ZAGORIA Miami hosted a pair of bigtime recruits this week. On Monday, Class of 2020 small forward Scottie Barnes of the University School (FL) and Nike Team Florida visited Miami unofficially. Barnes, who is a top target for the Miami staff, has visited campus many times before, as has his high school and AAU teammate Vern Carey, a top target in the Class of 2019.

Had a great time at the University of Miami today! pic.twitter.com/pkcYMksR1o

On Tuesday, Cole Anthony, the No. 1-rated guard in the Class of 2019, visited Miami after recently visiting UCLA. Anthony and current Miami forward Deng Gak both played for the PSA Cardinals AAU program.

#PSACardinals 2019 PG Cole Anthony(@The_ColeAnthony) stopped in to the "U" to visit his Cardinals brother Deng Gak. The PSA Brotherhood runs deep. #OwnYourDestiny pic.twitter.com/xwETUWTatm

Anthony previously took unofficial visits to Wake Forest and North Carolina while at the Chris Paul Elite Guard Camp. Anthony recently announced he will transfer to national power Oak Hill Academy (VA) from Archbishop Molloy (N.Y.), and has repeatedly said he won’t pick a college until the spring of 2019. Anthony averaged  26.9 points, 7.6 rebounds, and 3.5 assists for the PSA Cardinals during the Nike EYBL regular season. In June, Anthony helped lead the USA U18 team to a gold medal at the FIBA U18 Americas Championship in Ontario, averaging 14.3 points and 4.2 assists. “He’s tough, he can really shoot the basketball, he can score,” Kansas and U18 coach Bill Self said. “He can certainly make plays for himself in the paint and I think he’s really getting better and trying to make plays for others, too. He was really close to having a lot of assists in the second half and for whatever reason, he was just a little bit off. But I think he’s really trying to be aggressive and still be a point guard. I think he’s got a pretty good balance of that.”
Follow Adam Zagoria on Twitter
And Like ZAGS on Facebook