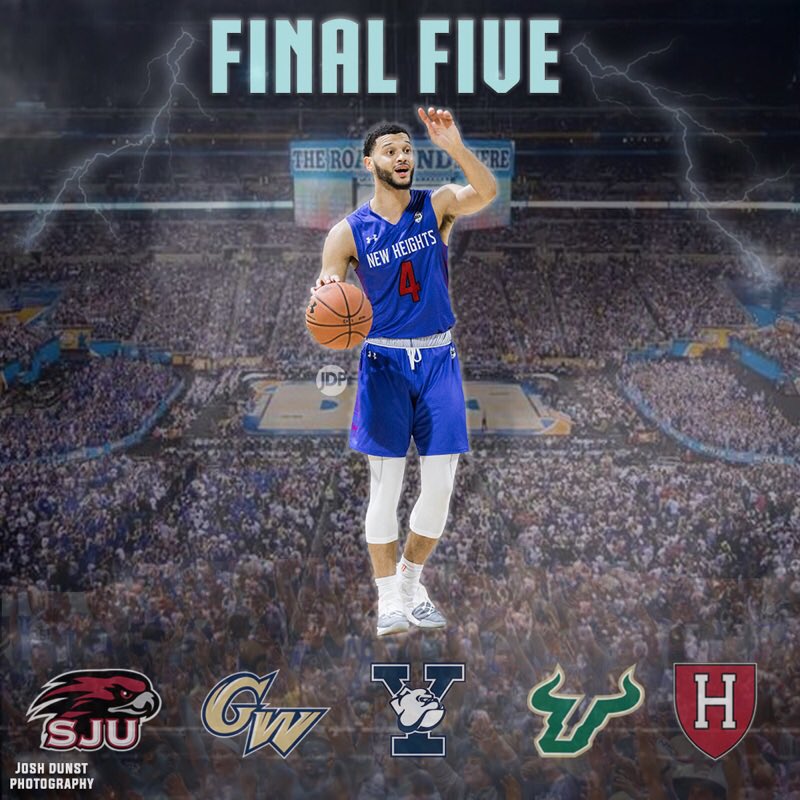 By ADAM ZAGORIA Idan Tretout, the 6-foot-4, 198-pound shooting guard from Wilbraham & Monson (MA) and the New Heights AAU program, has cut his list to five. He is down to USF, Harvard, St. Joe’s, Yale and GW. He broke down all five for ZAGSBLOG. USF: “Coach [Brian] Gregory has been in the ACC and has helped [Tom] Izzo out so I trust a lot of what he does. USF is in a real good conference, and coach has said if I keep working I’d be able to play right away in one of the best leagues in the country.” Harvard: “They have a really good non-conference schedule every year. Makes the tournament almost every year. Coach [Tommy] Amaker is really connected and a great coach. He rought Harvard from a losing program to one of the best teams in the Ivy. The team is very good. They would want me to be a leader for their team in years to come.” St Joe’s: “They have had teams in the past that made some runs in the tournament. They’ve been recruiting me since day 1. They had a couple NBA guys came through. Coach [Phil] Martelli is a real down to Earth guy. Yale: “Academics has always been big so I wanted to give my self another option in the Ivy League. They have also been recruiting hard since day 1. Coach [Joe] Jones has been at Yale for the longest now. And I trust what he says. GW: “The A-10 is a real tough conference and I would be playing against NBA-ready guys every game. Great school in general. The whole staff have made me a priority for a while.”
Follow Adam Zagoria on Twitter
And Like ZAGS on Facebook