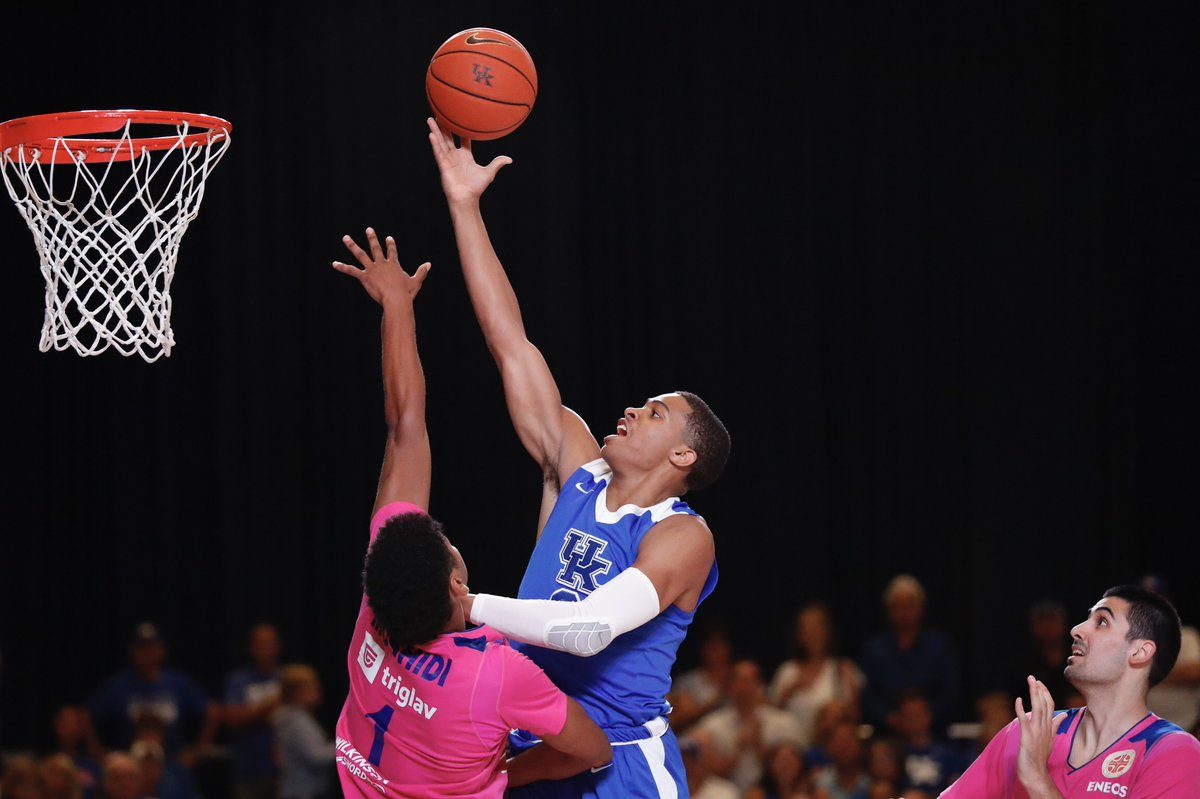 By ADAM ZAGORIA Nearly 20 NBA scouts were on hand to watch Kentucky against Mega Bemax in the Bahamas on Saturday night — and they are coming away impressed with Kentucky freshman Keldon Johnson. “Love Keldon Johnson as a pro,” one NBA scout courtside told ZAGSBLOG. “Kid is big time.” The 6-foot-7 Johnson is a strong physical wing and an aggressive finisher, as he showed here with this dunk in the second half. Johnson finished with 16 points in Kentucky’s 100-64 win.

Keldon Johnson dunking over dudes in the Bahamas pic.twitter.com/kSl10SWev6

Johnson, who spent last year at Oak Hill Academy (VA), is currently projected as the No. 13 pick in 2019 per ESPN.com. “He can run, he gets out in transition, he can finish, he’s an alert defender, he’s a physical defender and he can help rebound,” ESPN’s Seth Greenberg said on air. “He can do a lot of things, and he has the ability to make some shots.” Sophomore P.J. Washington, who went for a game-high 20 against Mega Bemax, is projected at No. 20.

Nick Richards, the 6-11 former Patrick School (N.J.) big man, is also helping himself. He averaged 14.5 points through his first two games. “I’m happy for them because they’re all performing well,” Kentucky coach John Calipari said on air of his players getting a chance to play in front of NBA scouts. The Kentucky guys will have plenty more opportunites to impress NBA scouts, continuing with the Kentucky/NBA Combine Oct. 7 and the Blue-White Game Oct. 21. If Kentucky makes a deep run in March, as many expect they will, that will also give Johnson and his teammates an opportunity to showcase themselves for NBA personnel. Photo: Kentucky MBB Follow Adam Zagoria on Twitter And Like ZAGS on Facebook