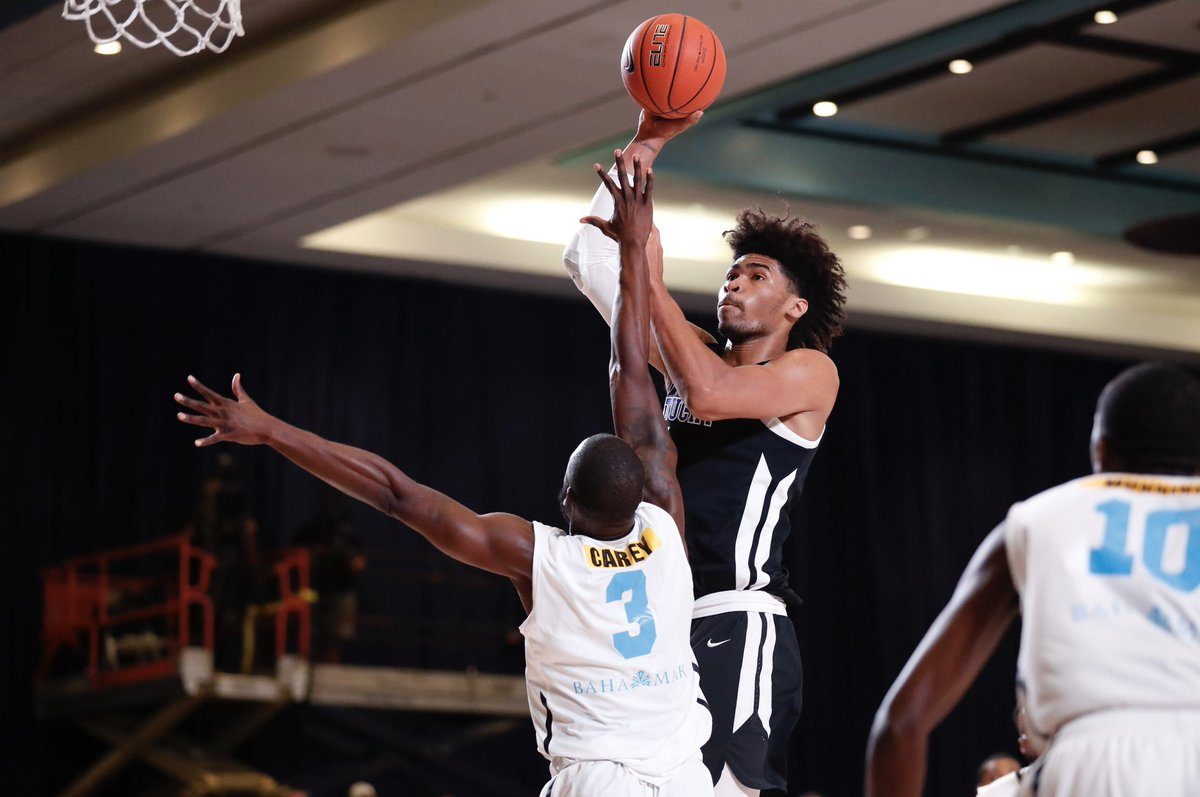 By ADAM ZAGORIA After Kentucky’s 4-0 trip to the Bahamas, Kentucky coach John Calipari said NBA scouts came away impressed with 6-foot-11 sophomore big man Nick Richards, the native of Jamaica who played his high school ball at The Patrick School (N.J.). “The scouts are amazed with Nick,” Calipari said. “They’re looking at Nick, saying wait a minute, and he’s way better than he was. And he’s 7-foot. If you look at the tape he’s flying up and down the court.” One NBA scout concurrred, saying, “For sure.” After averaging 4.1 points and 3.8 rebounds per game in SEC play during the 2017-18 season, Richards averaged 12.0 points and 4.8 rebounds while shooting 80 percent from the field in the Bahamas. He even showed the ability to hit the baseline jumper.

Defensively, he’s showing the ability to be a rim protector, which leads to transition baskets.

Former Rutgers coach Mike Rice, who coached Richards to the 2017 New Jersey Tournament of Champions title, believes Richards will take a big jump this season and is a future pro. “Oh my God, yeah,” Rice told SECCountry this summer. “No one moves like him. He’s got great touch. He has to get used to playing through contact, SEC contact. … The heart’s there, the effort’s there.” Richards and the Kentucky guys will have plenty more opportunites to impress NBA scouts, continuing with the Kentucky/NBA Combine Oct. 7 and the Blue-White Game Oct. 21. If Kentucky makes a deep run in March, as many expect they will, that will also give Richards and his teammates an opportunity to showcase themselves for NBA personnel. Photo: Kentucky MBB Follow Adam Zagoria on Twitter And Like ZAGS on Facebook