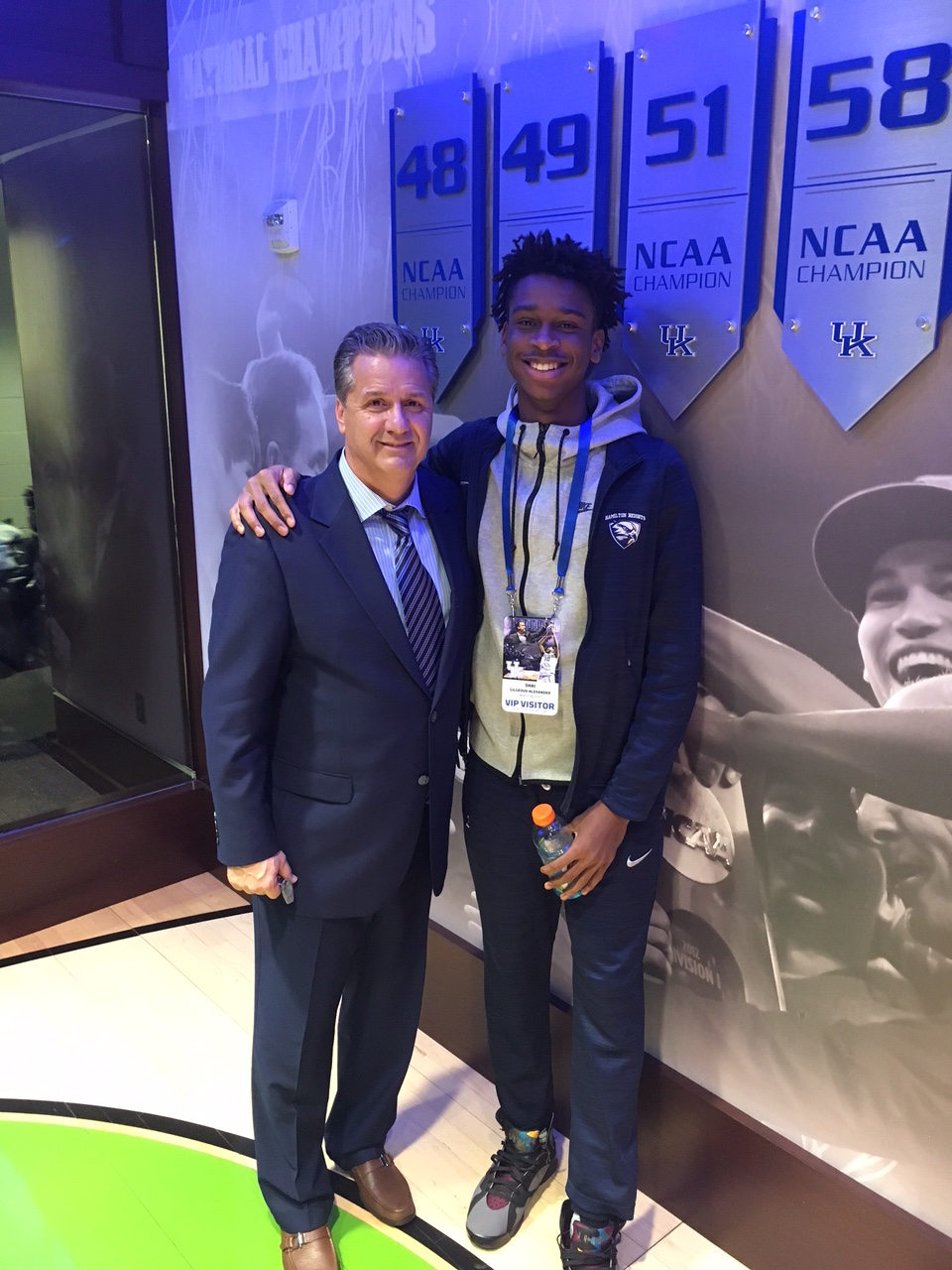 By ADAM ZAGORIA In the John Calipari Era, Kentucky has had 23 players drafted in the first round since 2010, the most of any school. The Wildcats figure to add two more first-round picks in Thursday’s NBA Draft — Shai Gilgeous-Alexander and Kevin Knox — and possibly two second-rounders as well. Calipari says after this draft the Kentucky players in the NBA will have contracts worth $1.5 billion. That’s billion, with a ‘B.’ “My guys, we’re going to end up having 30-some-odd in the league and $1.5 billion in contracts,” Calipari said on ESPN’s ‘Get Up!’ “Not from 1970, I’m talking right now, $1.5 billion. We’re not talking shoe contracts or endorsements, I’m just talking NBA.

Calipari has said Kentucky guys in the NBA have contracts totaling $1.5 Billion. https://t.co/fDZlDc6Ar4

“And you know what, I’m proud of that. We’ve won national titles, we’ve been to Final Fours, we’ve won our league. It doesn’t hurt us when they leave, we’re fine. But I tell you what, their families, it changes things.”

Projected Kentucky guys in the draft per @DraftExpress :

Calipari predictably said good things about his players. “Shai Alexander, people love him in the league,” he said of the Canadian guard now projected at No. 6 to Orlando. “Hami [Diallo’s] moving in the right direction. Jarred Vanderbilt, his numbers when you talk analytics. I got teams calling me, ‘We can’t understand these analytics, are they right?’ And then y ou got Wenyen [Gabriel], you got two or three teams that have called that love him.” Knox, meantime, is the projected No. 9 pick to the Knicks, a team he said he would love to play with. Calipari said the Draft is “scary” for him and he becomes “ill.” “I leave the green room the minute my last guy is out,” he said. “Whoever is drafted after that, I don’t care except we got three more guys [Diallo, Vanderbilt, Gabriel] that aren’t in the green room that I’ll go now in front of a TV and watch.” Follow Adam Zagoria on Twitter And like ZAGS on Facebook