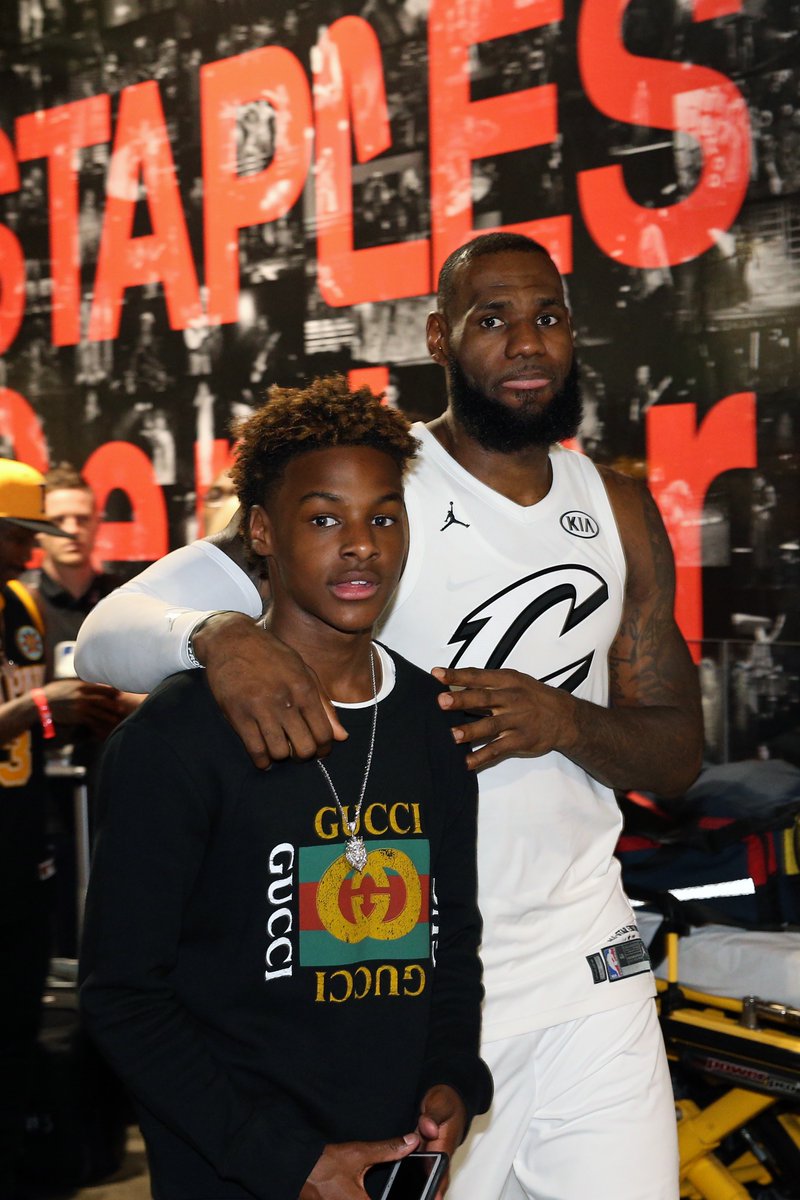 By JACOB POLACHECK Nine-time NBA All-Star Gary Payton said Monday in a video interview with Sheena Marie of Black Sports Online that LeBron James will send his son Lebron James Jr. to Sierra Canyon (CA) School in Los Angeles next year. “Anything could happen. People don’t look at everything. [LeBron James’] son just committed to Sierra Canyon which is in the valley of LA,” said Payton.

“That’s a move that they’re going to make,” Payton continued. “If everybody looks at it with a son at that age, you don’t want to be away from him during that period of time. During the time that we’re having, basketball is school time. I think that [Bronny] needs a father during that time and that’s it. I don’t think LeBron is that type of parent, I think he wants to be around his son a lot and see his son play a lot.”

If true, James Jr. would join five-star guard Cassius Stanley, along with Scotty Pippen Jr. and Kenyon Martin Jr.. Stanley and Pippen Jr. told USA TODAY Sports on Monday they had no knowledge of LeBron Jr. committing to Sierra Canyon.

“I used to hang out with him when we were younger,” Scotty Jr. said. “I feel like we would all gel together if he came. It would make sense for him to come here because it would take all of the pressure off of him playing-wise. We all feel the same pressure. I don’t know if he’s coming, but of course, we would love to have him.”

“I wouldn’t rule it out,” a Sierra Canyon source told ZAGSBLOG Monday. It was reported on Saturday that LeBron James played the final three games of the NBA Finals with a broken hand after bashing a blackboard following the Game 1 loss at Golden State. James will be a free agent this offseason and has been linked to various teams, including the Lakers, Warriors, Rockets and Sixers. Follow Jacob on Twitter Follow Adam Zagoria on Twitter