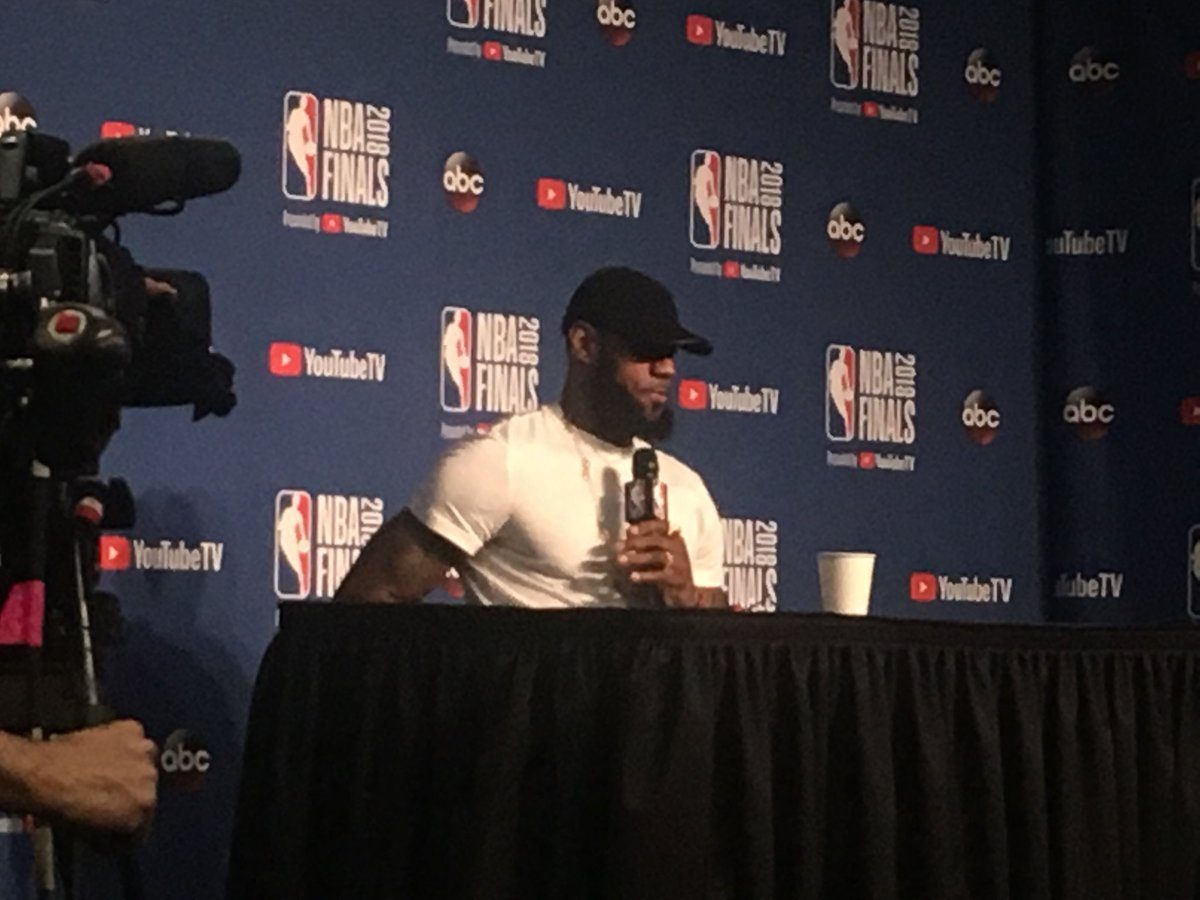 By ADAM ZAGORIA LeBron James played the final three games of the NBA Finals with a broken hand after bashing a blackboard following the Game 1 loss at Golden State. The news was reported by several media outlets before James took the podium following Golden State’s sweep in Game 4. James then came to the podium with his right hand in a black cast. “What happened, self inflicted post-game after Game 1,” he said referring to the game in which J.R. Smith dribbled out several seconds of a tie game in regulation before the Warriors eventually won in overtime. “Very emotional. For a lot of different reasons, I understand how important a Game 1 is on the road for our ball club.” “I let the emotions get the best of me and pretty much played the last three games with a broken hand, so that’s what it is,” he added.

“I let the emotions get the best of me and pretty much played the last three games with a broken hand.” – LeBron James #NBAFinals pic.twitter.com/bj1QPDjF9r

James was also repeatedly pressed on his future heading into free agency and said he can’t answer whether or not he’s played his final game in Cleveland. “I don’t have an answer for you right now as far as that,” he said.

James, now 3-6 in NBA Finals, has been linked to various teams, including the Lakers, Warriors, Rockets and Sixers. “I’m still in championship mode,” he said. “When I decide what I’m going to do with my future, my family and the people who have been around me 20 years will have a say-so.” James was also asked whether he might like to own the Cavaliers one day. “I don’t know,” he said. “I can’t predict the future on ownership and things of that nature, but I have a lot of knowledge of the game. I understand talent, I know talent….We’ll see what happens.”

LeBron asked about if he’s interested in owning the Cleveland Cavaliers after retiring… pic.twitter.com/mAiN2NL1VC

Meantime, Bovada installed the Cavs at 25/1 to win the 2019 NBA title pending James’ free agency decision. The Warriors are 5/4 and the Rockets 4/1.

“We expect the odds to look much different w/in 6 weeks as LeBron makes his free agency decision. We are trying to protect the teams that we believe he might go to and give more value to teams we perceive to be out of the running.” https://t.co/s1jOCLGmSs — Adam Zagoria (@AdamZagoria) June 9, 2018