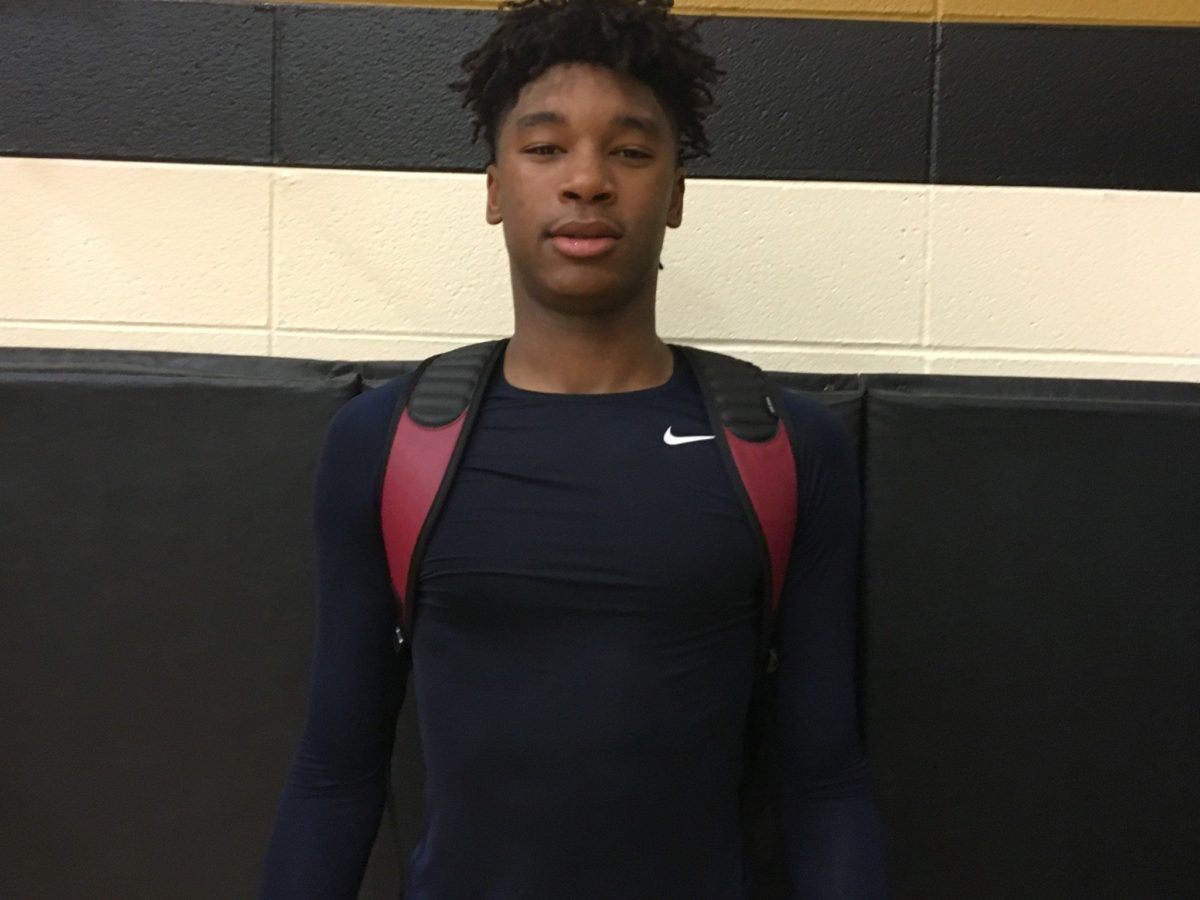 BY ZACH SMART For Class of 2019 prospect Diante Smith, versatility is king. Subscribing to the “Mr. Everything” role while developing a tighter handle and improving his shot consistency, Smith has become a highly prioritized recruit. TCU, Alabama, Cincinnati, Dayton, Florida, and Auburn are currently putting forth the most effort in recruiting the 6-foot-7, 195-pound wing who is ranked the No. 29 small forward in the Class of 2019 by 247Sports.com. Smith, who will attend the prestigious NBPA Top 100 Camp, is slated for an unofficial visit to the University of Florida on June 11th. “I see myself doing well at the next level due to my versatility,” said Smith, he of the knack for attacking and gliding to the rim. “This year (at Choctaw HS) my role is to score and control the game.” Smith envisions himself operaring as a wing at the next level. He’s got rarified shot-blocking ability at his size, protecting the rim as effectively as he applies thorough, on-ball pressure. “I think he will find a lot of success on the next level, the kid is a big time playmaker with the ball in his hands and he knows how to play without it,” said 1Family Co-Director Darryl Hardin, also instrumental in the development of a similar multi-positional talent in Nassir Little (UNC). “He is a dog on defense and can guard multiple positions.” His ability to seize the leadership reins has mirrored Smith’s quick rise this off-season. “He has been good in all games, he has taken on that leadership role. Leading a group of young guys that look for his guidance. He does it all for us–score, defend, playmake. He’s just the complete package.” Photo: PrepHoops.com Follow Zach on Twitter Follow Adam Zagoria on Twitter And Like ZAGS on Facebook