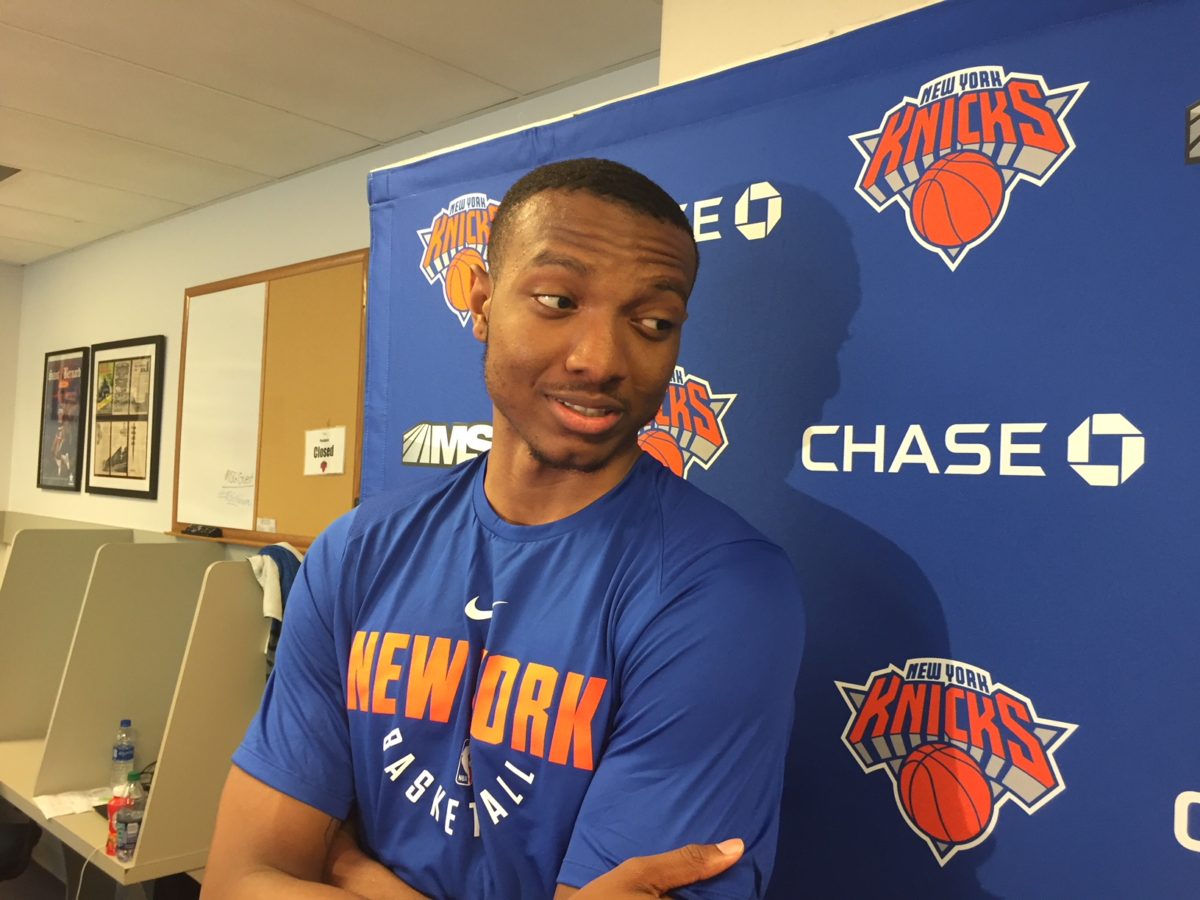 By ADAM ZAGORIA GREENBURGH, N.Y. — Wendell Carter Jr.’s parents wanted him to go to Harvard instead of Duke. Had he done so, the 6-foot-10 Carter Jr. might have become the first one-and-done ever to come out of the Ivy League school. Even though he chose Duke, he thinks Harvard might eventually “It depends on the person, it depends on the athlete,” Carter Jr. said when I asked him about it following his Knicks’ workout on Friday. “If he’s willing to take that sacrifice to change the norms of one-and-done athletes of going to blue bloods like Kansas, Duke, Kentucky, if he ‘s willing to take that sacrifice, I think it’s definitely possible.” Harvard coach Tommy Amaker was involved for both Carter Jr. and Mohamed Bamba, both projected Top 10 picks in the NBA Draft. The 6-foot-11 Bamba ultimately chose Texas over Harvard and several blue bloods. Harvard also made the final seven for Class of 2019 wing Scottie Lewis of Ranney (N.J.) School, who is considering the Crimson along with blue bloods like Duke, Kentucky and now Villanova. “I feel like Harvard is an environment academically and socially that I would thrive in,” the 6-5 Lewis told PrepCircuit.com. “I would be one of the first top ten players to go there. With what we have done at The Ranney School, it’s very similar to what could happen at Harvard. We can start somewhere and just build it up from there.” Lewis said part of Amaker’s pitch was that multiple NBA teams have owners who went to Harvard, and one of his lofty goals is to eventually own an NBA franchise. Carter Jr. ended up playing alongside other one-and-dones like Marvin Bagley III, Trevon Duval and Gary Trent Jr., but said it was a tough decision. “It was definitely difficult,” he said on ESPN during the NBA Combine. “You know mom and dad wanted me to go to Harvard definitely. They made that very well known but I think i made the best decision for me and my family and I think it paid off.” Carter Jr. said he grew up a huge LeBron James fan and wanted to follow him into the NBA. James, of course, never went to college at all. Carter Jr. said more college might have prepared him better for the pros, but he wants to achieve his dream sooner rather than later. “College has definitely prepared me,” he said. “If I was in college for two or three years, I’d definetely be even more prepared for the NBA. But my heart would probably want me to go straight out of high school just to be. That’s a dream of mine to always play in the NBA. and to get there quicker, I think I would like that.” In two weeks, Carter Jr. will fulfill his dream when NBA Commissioner Adam Silver calls his name at Barclays Center. So far he’s worked out for the Knicks, Cleveland and Chicago, and has Memphis, Orlando and Dallas coming up. “I just want to go to a place that wants me,” he said. “If they have the choice of picking anybody in the draft and they choose me, that’s what I want.” Follow Adam Zagoria on Twitter And Like ZAGS on Facebook