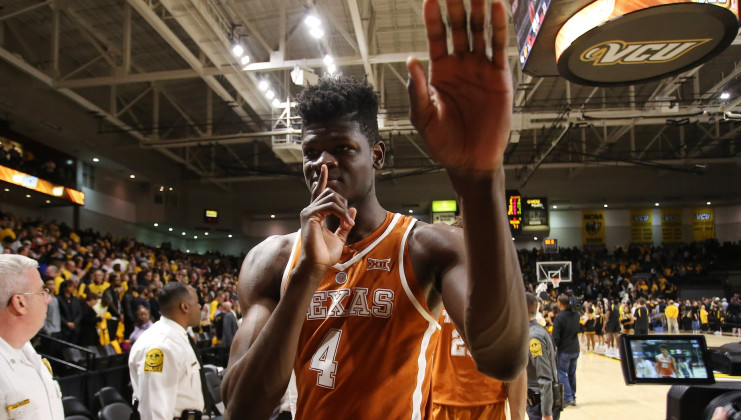 By ADAM ZAGORIA After posting a 7-foot-10 wingspan at the recent NBA Draft Combine, Harlem native Mohamed Bamba began the first of several private workouts on Friday with the Chicago Bulls. The Bulls pick No. 7 in the June 21 NBA Draft and the 7-foot Bamba is currently projected to go No. 5 to Dallas in multiple mocks, including ESPN.com’s. “Chicago’s a great city, it’s a very young team and I could see myself playing here,” Bamba told reporters in Chicago. Asked if he could see himself falling to No. 7, the confident New Yorker said, “Obviously the goal is to be the No. 1 pick but I thought Chicago had all the assets and everything for me to maybe play here.”

Bamba averaged 12.9 points, 10.5 rebounds and 3.7 blocks during his lone season in college. The Phoenix Suns said they have not ruled out taking him at No. 1, even though they’re thought to be focusing on Deandre Ayton and Luka Doncic.

“The unique freaks, which Ayton and Bamba and [Marvin] Bagley and some of these guys are, there aren’t too many guys in the world 6-10 to 7-1 with that kind of skill, athleticism and coordination,” Suns GM Ryan McDonough told AZcentral.com.

“I get generally that’s the trend but I think there are a few exceptions and I think some of the guys in the draft are going to be those freak players.”

Bamba is also expanding his business interests as he heads to the NBA. He’s the Chairman and Founder of Lenox Partners, the umbrella business that Bamba founded with mentor Greer Love to handle all of his various interests. Follow Adam Zagoria on Twitter And Like ZAGS on Facebook