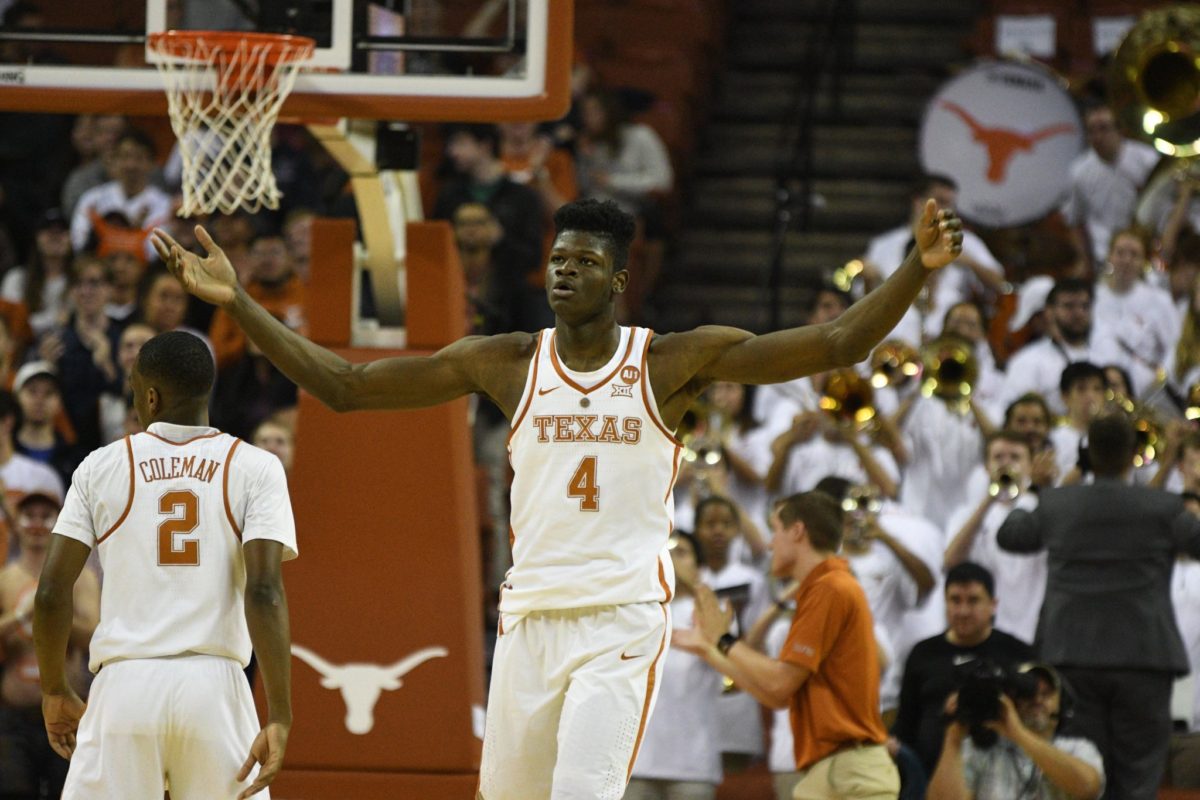 Longest wingspans at the ’18 #NBA combine

Here’s a look at how 20-year-old #Texas center prospect Mo Bamba’s 2018 #nbadraft combine measurements stack up historically, according to the @DraftExpress database pic.twitter.com/027puo5hl2

The 7-foot Bamba averaged 12.9 points, 10.5 rebounds and 3.7 blocks during his lone season in college. Still, he told ESPN he’s “totally changed” his shooting mechanics since his time at Texas. “Oh, everything,” he said on air Thursday. “I’ve lowered my shooting pocket, jumping forward, keeping my elbow out instead of tucked in. My mechanics are really coming along.” He added: “I think I’m going to surprise a lot of people with how much feel I have on the offensive end.” Bamba told ESPN he’s so far done 13 interviews at the Combine. “I just wanted to get a feel for everyone,” he said. “The same way how they’re interviewing me is the same way how I wanted to interview them, and get as much information as possible.” He’s currently projected as the No. 5 pick to the Dallas Mavericks in the NBA Draft, and like Boston Celtics star Jaylen Brown, Bamba is going through the Draft process without an agent. Bamba is also expanding his business interests as he heads to the NBA. He’s the Chairman and Founder of Lenox Partners, the umbrella business that Bamba founded with mentor Greer Love to handle all of his various interests. “Bamba’s rare combination of length, shot-blocking instincts and offensive promise gives him one of the highest ceilings of any prospect in this draft,” ESPN’s Jonathan Givony wrote. “He brings a ton of defensive potential, including the versatility to step out onto smaller players, though he also can float at times and doesn’t always look engaged on the floor.” Follow Adam Zagoria on Twitter And Like ZAGS on Facebook

Potential No. 1 pick Luka Doncic hints he might stay in Europe