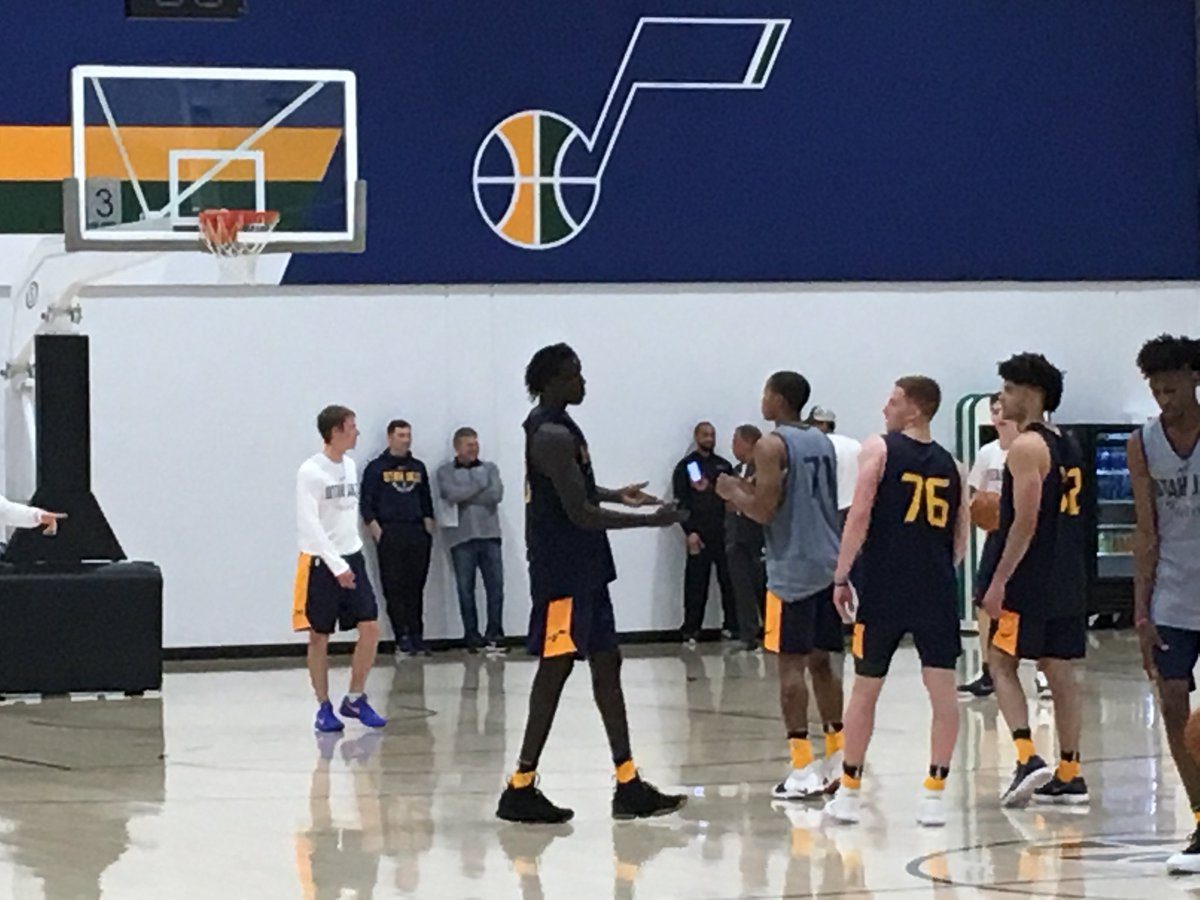 By ADAM ZAGORIA Donte DiVincenzo appeared to impress NBA scouts during his first 5-on-5 scrimmage at the NBA Draft Combine on Thursday in Chicago. He also had the highest max vertical jump at 42 inches. And that could turn out to be good news for DiVincenzo and bad news for Villanova fans. The 6-foot-5 DiVincenzo told ESPN.com that he expects to be a first-round pick and is inclined to remain in the Draft if he is. “I think I have a really good chance to being a late first-round pick,” DiVincenzo told ESPN. “Obviously, things can change, other people can fall in the draft. I’m aware of that. But my confidence level is that I can be a first-round pick.”

DiVincenzo scored 31 points in the NCAA championship game win over Michigan and could have opted to leave that lasting image in the mind’s of NBA scouts. But since then he has worked out for the Utah Jazz and is now one of four Villanova guys at the Combine — along with Mikal Bridges, Jalen Brunson and Omari Spellman, who, like DiVincenzo, is testing the waters without an agent. “I can show a lot more than I showed in that [NCAA title] game,” DiVincenzo told ESPN. “Just because my shot was falling in the game, maybe I didn’t get to show that I can still create for my teammates. I can still rebound the ball. I can still defend. I can still compete at a higher level than I did in the game.”

Great first half from Donte DiVincenzo. Plays such a physical brand of basketball. Making the right plays passing ahead. Hit one deeeep NBA 3. Really playing confidently. I was skeptical about him playing here after his Final Four, but he’s no question helping himself here.

DiVincenzo has been working out with former Kansas star Kirk Hinrich, who is impressed by DiVincenzo. “I see him as a very unique guy and almost hard to compare to anyone else in the NBA, which I think is a positive,” Hinrich said. “He’s so versatile offensively and can play and defend multiple positions. And he can do it right away in the NBA. I didn’t realize how athletic and strong he was. He surpassed my expectations.” As a precaution in case DiVincenzo does leave, Villanova added Albany grad transfer Joe Cremo, who averaged 17.8 points, 4.1 rebounds and 3.8 assists last season. “Two of our guys [Donte and Omari] weren’t even’t thinking about [the NBA], now we might lose both of them,” Villanova coach Jay Wright said recently on Michael Kay’s radio show. If DiVincenzo and/or Spellman leave, ESPN’s Fran Fraschilla says it will help Wright recruit because he will have produced more and more NBA players. “If Omari and Donte want to check out after the national championship it will hurt their program temporarily but in the long term it’s actually a selling point that this many guys who play the right way and are not typical one-and-done guys can have success both in college and with a chance to go to the NBA like Josh Hart and Ryan Arcidiacono,” he told ZAGSBLOG.
Follow Adam Zagoria on Twitter
And Like ZAGS on Facebook