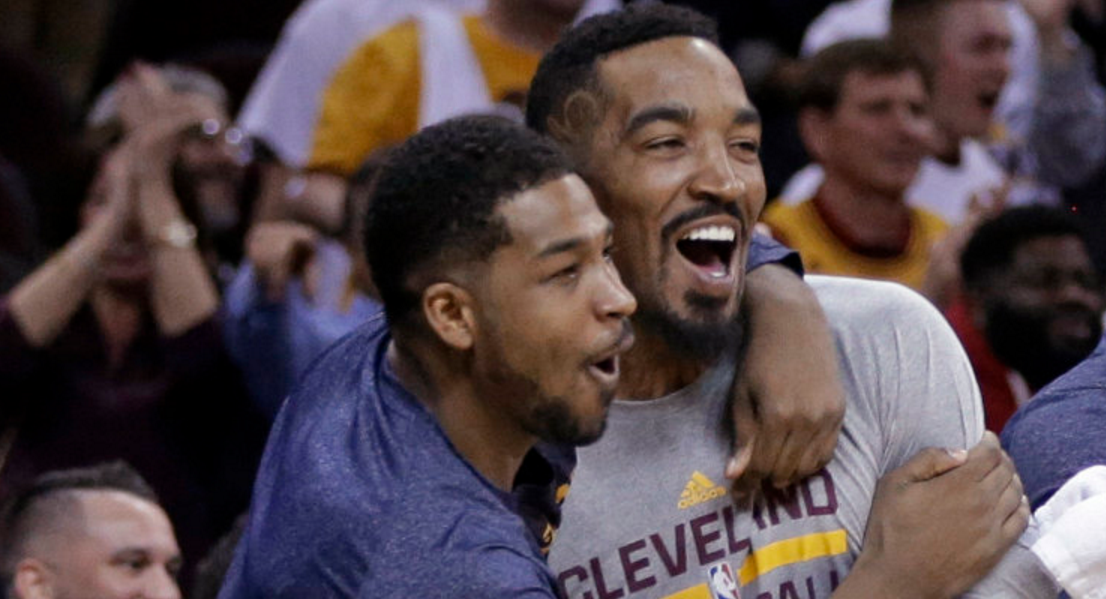 By ADAM ZAGORIA When Dan Hurley took the UConn job in March, he received congratulatory text messages from hundreds of people, but only two of them happen to play for the Cleveland Cavaliers. Hurley coached both J.R. Smith and Tristan Thompson during his nine-year tenure at St. Benedict’s Prep in Newark (2001-10), and both NBA players reached out to congratulate Hurley on his latest career move, telling him it was “unbelievable.” “When we have big things going on, playing in the NCAA Tournament [at Rhode Island] or when I got the job at UConn, I hear from those guys,” Hurley told me Wednesday by phone. The Cavaliers, of course, open Game 1 of the NBA Finals on Thursday night at the defending champion Golden State Warriors. It is the fourth straight season these two teams have met in the Finals. Hurley will be tuned in and especially keen to watch his two former pupils. “I’d be watching anyway but these guys now give me a rooting interest, a team I could root for,” Hurley said. “It makes it more fun for me as a fan.” Hurley will be rooting for the 6-foot-9 Thompson even though the two had a falling out in early 2009 that led Thompson to leave St. Benedict’s and finish up at Findlay Prep in Las Vegas. Thompson then went on to Texas, which has two players in the Finals in Thompson and Warriors star Kevin Durant. Thompson helped pioneer the current wave of Canadian players coming South of the border to develop their basketball careers. Since his arrival, two Canadians — Anthony Bennett and Andrew Wiggins — have gone No. 1 in the NBA Draft, while a third, incoming Duke freshman R.J. Barrett, who played for Hurley’s former New Jersey prep rival Kevin Boyle at Montverde (FL) Academy, is the projected No. 1 pick in 2019. At 5 a.m. on a spring day in 2007, Thompson and Myck Kabongo, two young players from Ontario, Canada, jumped into a rental car with their coach from the Grassroots Canada AAU program, Ro Russell, and embarked on a seven-hour drive to St. Benedict’s. The two players didn’t know much about the school – other than it had produced an NBA guard. Smith was the No. 18 pick in the 2004 NBA Draft after jumping straight from St. Benedict’s, where his Gatorade New Jersey Player of the Year banner still hangs in the gym. “I knew it had J.R. Smith [then of the Denver Nuggets],” Kabongo told me back in 2009. “I was like, ‘They must have a good coach. I want to play at that level.'”

The coach, of course, was Hurley, who has gone from St. Benedict’s to Wagner to Rhode Island to UConn. “Obviously, J.R.’s success, coming in [to St. Benedict’s] as a talented player and turning that into a first-round draft opportunity, [Thompson and Kabongo] were excited to put themselves in a similar development program,” Hurley told me a few years ago. “J.R. was somebody that they had watched. Kids want to go to programs that not only win but produce great players and J.R.’s presence attracted other talented players.” More than a decade after that early-morning rental car ride, Thompson and Smith are now teammates of LeBron James on a Cleveland team hoping to bring the city its second NBA title in three years. “You see Tristan, how well he’s played for them in the playoffs, especially the last couple series,” Hurley said this week. “And then J.R. too is a starter on a team that’s been to the NBA Finals a couple years in a row,” Hurley said. “He’s in his 14th year and he’s [12th] all-time in three-pointers made. The guy’s had a heck of a career. He’s taken a lot of crap because he’s a big personality and some of the things that J.R. [does]. But at the end of the day, look at his draft class. There are not a lot of guys from that draft class still playing, or playing anywhere near the left that he’s playing at.” He added: “Tristan is still writing his career, but J.R. has had a heck of a career when you really look at it.” Even though the Cavs are yet again underdogs to Durant, Steph Curry and the Warriors, Hurley knows as long as they have James, they have a shot. “LeBron is obviously an all-time great,” he said, “and he’s carried a heavy load at the offensive end in particular. They gets that bring value at the defensive end or elite-level shooters like [Kyle] Korver or defender/rebounders like Tristan or defender/shooters like J.R., so he’s got guys that certainly can fill roles around him. But he’s an all-time great.” Meantime, Hurley, who has revved up recruiting at UConn by adding Brendan Adams, Tarin Smith and Kassoum Yakwe for 2018-19, knows that having two former players in the NBA Finals isn’t bad for recruiting, either. “The kids were recruiting, they’re well aware of the guys I coached,” Hurley said.