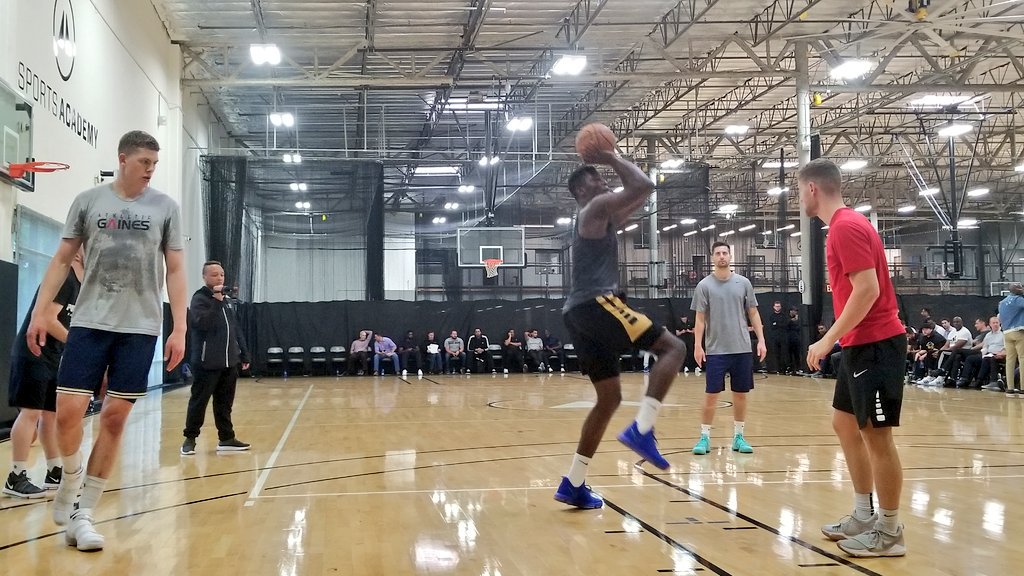 By ADAM ZAGORIA Seton Hall’s Angel Delgado had his Pro Day in front of representatives of all 30 NBA teams on Wednesday in Newbury Park, Calif. The 6-foot-10, 246-pound Delgado is not projected to be drafted but is showcasing his skill set for NBA clubs. “It was great, I feel good,” the Dominican big man said Wednesday by phone. “I shot the ball pretty good and I feel good about what I did today.” Delgado, who won the Kareem Abdul-Jabbar Center of the Year Award, averaged 13.6 points and 11.8 rebounds this past season. He’s trying to diversify his game even though he’s known as a ferocious rebounder.

“I’m working on a lot of things right now,” he said of his Los Angeles workouts. “I’m working on getting my game better every single day. My shot from the mid-range and three is getting a lot better and I’m able to knock those shots down. And doing what I always do, I cannot forget what I do best.” As first reported by ZAGSBLOG, Delgado has worked out for the Spurs, Rockets, Lakers and Jazz. With the Lakers, he posed for a picture with Magic Johnson. He will also work out Saturday (June 2) for the Hornets. The NBA Draft is June 21 at Barclays Center, and Delgado is not currently projected to be drafted, per ESPN.com. He could find his way onto an NBA summer league roster as a free agent. “I’m just focused on the Draft right now,” he said. “I’m focused on getting the best of me right now and be positive the whole time.” Meantime, he’s staying in touch with fellow seniors Desi Rodriguez and Khadeen Carrington, who are also going through the Draft process, and with Seton Hall coach Kevin Willard. “Those are my guys, they’re my bros for life,” Delgado said. “We’re talking every single day.” Photo: Jonathan Givony / ESPN Follow Adam Zagoria on Twitter And Like ZAGS on Facebook