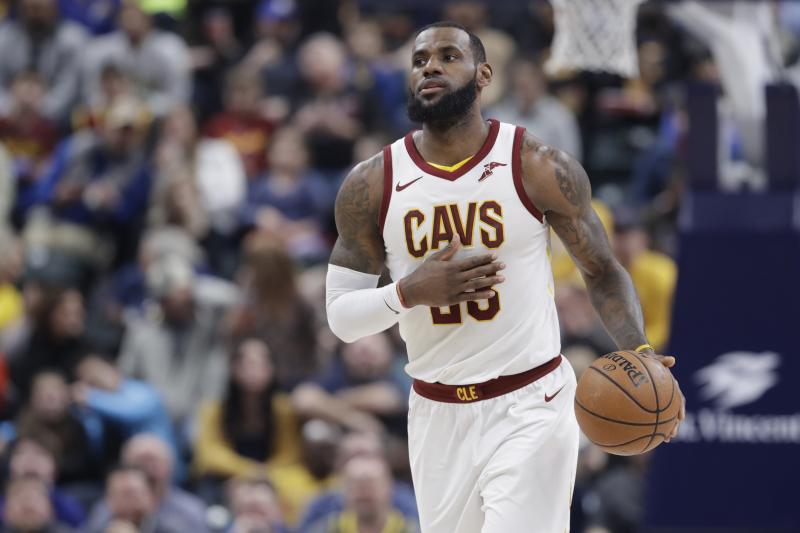 Cleveland Cavaliers forward LeBron James has been unanimously selected to the 2017-18 All-NBA First Team, giving him an NBA-record 12 First Team honors in his 15-year career.  James has passed Kobe Bryant and Karl Malone, who both finished with 11 First Team selections

Houston Rockets guard James Harden also received All-NBA First Team votes on all 100 ballots, joining James as a unanimous selection.  Harden, who led the NBA in scoring average (30.4 ppg) and three-pointers made (265) for the league-best Rockets, was unanimously voted to the First Team for the second season in a row.

James, Harden and Davis are the three finalists for the 2017-18 Kia NBA Most Valuable Player Award.  The winner will be revealed at the 2018 NBA Awards presented by Kia on Monday, June 25 on TNT (9 p.m. ET).  The second annual NBA Awards, honoring this season’s top performers, will take place at Barker Hangar in Santa Monica, Calif.

Complete voting results by media member will be posted at pr.nba.com the night of the NBA Awards presented by Kia.  Click here for the list of 100 media voters for the 2017-18 All-NBA Teams.

Kevin Durant, Warriors (26.4 ppg/6.8 rpg/5.4 apg/1.75 bpg): The four-time scoring champion ranked sixth in the NBA in points per game.  He averaged a career high in blocks, finishing fifth in that category.

Damian Lillard, Trail Blazers (26.9 ppg/6.6 apg/4.5 rpg/91.6 FT%): He tied for fourth in the NBA in scoring average, the highest finish by a Portland player since Clyde Drexler was fourth in the 1991-92 season.  Lillard had the NBA’s third-highest free throw percentage and tied for sixth in three-pointers made with 227.

Giannis Antetokounmpo, Bucks (26.9 ppg/10.0 rpg/4.8 apg/52.9 FG%): His scoring average, rebounding average and field goal percentage were all career highs.  Antetokounmpo’s 26.9 points per game ranked as the most by a Bucks player since Kareem Abdul-Jabbar averaged 30.0 points in the 1974-75 season.

DeMar DeRozan, Raptors (23.0 ppg/5.2 apg/3.9 rpg/1.06 spg): DeRozan set a career high in assists average while leading Toronto to a team-record 59 wins and the best record in the Eastern Conference for the first time.

Russell Westbrook, Thunder (25.4 ppg/10.3 apg/10.1 rpg/1.84 spg): The 2016-17 Kia NBA MVP averaged a triple-double for the second season in a row, becoming the first player to average a triple-double in multiple seasons.  He finished with an NBA-high 25 triple-doubles and led the league in assists average for the first time.

Jimmy Butler, Timberwolves (22.2 ppg/5.3 rpg/4.9 apg/1.97 spg): In his first season with Minnesota, Butler shot a career-high 47.4 percent from the field, ranked fourth in the NBA in steals average and was selected to the 2017-18 NBA All-Defensive Second Team.

Below are the voting results for the 2017-18 All-NBA Teams.  The balloting was tabulated by the independent accounting firm Ernst & Young LLP.