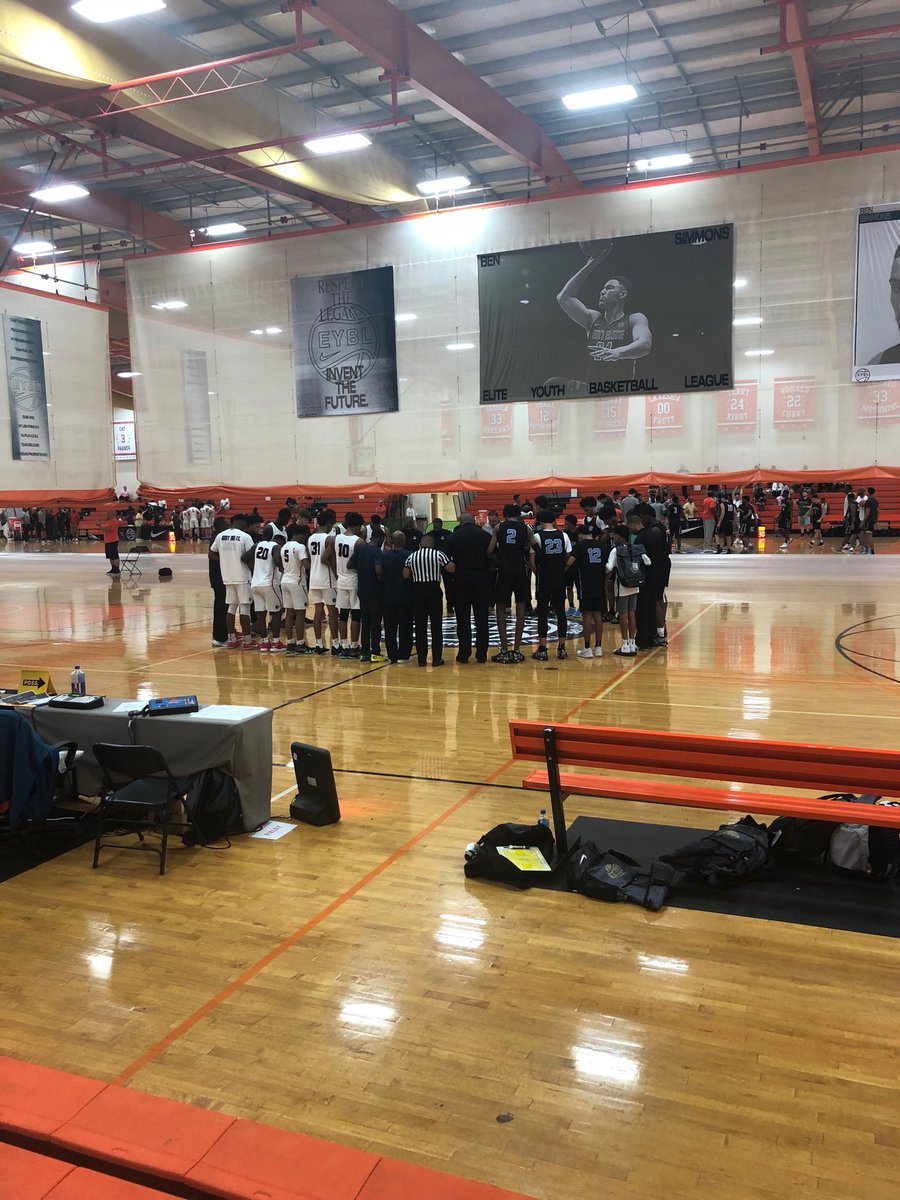 James Hampton, a 17-year-old from Team United based in Charlotte (N.C.), collapsed and died at the Nike EYBL stop in Hampton, Va., on Saturday night, according to reports. It’s unclear exactly what caused his death. “It’s hard to even explain,” Team United director Jacoby Davis told The Charlotte Observer late Saturday. “To have a kid in your program with so much life — that’s just the kind of kid he was. He was always happy. For something like this to happen, I can’t even explain it. And to have to talk to a parent not even in town and tell him that his son has died, well, that’s more devastating.” Team United was playing the second half of a game against Team Phamily, the Phoenix-based team run by Marvin Bagley Jr., the father of former Duke star Marvin Bagley III, a projected top-5 pick in the June 21 NBA Draft. “He just fell down on the floor,” Davis said. “He had seizures a year ago — and I remember [one of the Team United coaches] telling me that, ‘I saw his eyes rolling back in his head.’ I ran on the court thinking he was having a seizure. A trainer came over and said he didn’t know what was wrong. Another trainer checked his pulse. He said he didn’t have a pulse. It got crazy after that.” Nike had its teams gather together to honor Hampton before games on Sunday morning. “I don’t know any specifics but do know that we will be doing a pre game moment of appreciation to honor him,” one EYBL coach told ZAGSBLOG.

Sad news from Hampton, Virginia tonight and the Nike EYBL. James Hampton passed away during the game and was only 17yrs old. Prayers up to his family and Team United family. No parent sends their kid to an AAU tournament never to see them alive again. Devastating??? R.I.P kid! pic.twitter.com/vWtyx0Kreg

Just Wanna Send My Prayers Out To @teamunitedhoops ??❤️

Deepest condolences for the young man and his family. No words… ?