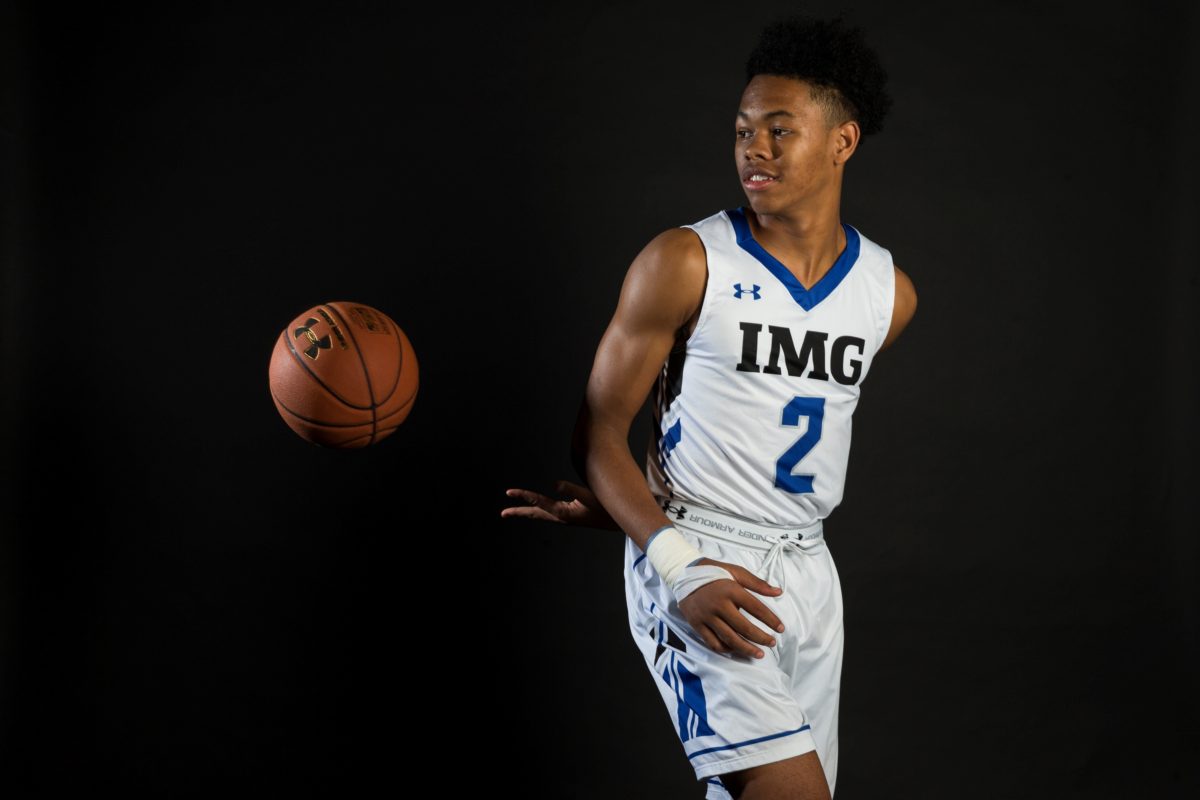 By ADAM ZAGORIA When the NBA Draft Combine tips off next week in Chicago, four American players who never played a single game in college will attempt to showcase themselves in front of all 30 NBA teams. Brian Bowen, Billy Preston, Mitchell Robinson and Anfernee Simons each bring a unique set of circumstances to the Combine, but as of now only the 6-foot-4 Simons and the 6-10 Robinson are projected to be drafted on June 21 per ESPN.com. The site has Simons going No. 21 to the Utah Jazz, with Robinson going No. 22 to the Chicago Bulls. Bowen and Preston are not on the ESPN mock. “All of these guys, this is their opportunity because they had very little exposure, to show what they can do on the court at the combine but also during the interview process,” ESPN analyst Fran Fraschilla said this week by phone. Robinson flip-flopped on his decision several times before announcing in September that he would forego college — he initially enrolled at Western Kentucky — and prepare for the Draft. “Mitchell Robinson is an incredible talent, some compared to a young Anthony Davis but there are maturity issues,” Fraschilla said. “There are things that have to be sorted out through the interview process on all of those guys.” The last time anyone really saw Robinson was when he went for 15 points and 3 rebounds in the Jordan Brand Classic in Brooklyn in April 2017. “I think he would have been better off playing in college but going with a good trainer and working very hard because he has size and talent will get him to his first-round goal,” one NBA scout said last fall. “Playing well in Draft workouts and having good interviews will be important.” Robinson seems to know he must impress going forward, telling ESPN.com recently, “I’m just gonna have to kill the workouts.”

‘I’m gonna have to just kill. I really use that as motivation…’

~ 7-footer Mitchell Robinson, whose workout reminded us somewhat of a similar one we attended in 2015 with Willie Cauley-Stein Will his mystery man status help his draft stock? Story >> https://t.co/JDkaM6MCp8 pic.twitter.com/Fq86x6y3u5 — DraftExpressContent (@DXContent) March 2, 2018

As for Simons, he is trying to become the first player since Thon Maker in 2016 to jump straight from a post-graduate year to the pros. The 7-foot Maker went No. 10 (in a big surprise) to the Milwaukee Bucks, while Simons could go later in the first round.

Last workout of the night. Anfernee Simons from IMG Academy. Still have quite a few more guys scheduled the rest of the week pic.twitter.com/TuGvMYCWls

“That kid is along way from helping an NBA team,” Fraschilla said of Simons. Simons could get drafted and then spend some time in the NBA G League, which is not uncommon now for draft picks.

These teams have reached out to express interest in @IMGAcademy PG @AnferneeSimons , projected at No. 21 to Utah by @DraftExpress

Meantime, the 6-7 Bowen is testing the NBA Draft waters without an agent and could return to South Carolina depending on the feedback he gets. It remains unclear what type of suspension he might face from the NCAA should he remain in college. He has until June 11 to withdraw from the draft and return to school. The Saginaw, Mich., native has yet to play a college game at South Carolina or Louisville after getting caught up in the FBI investigation into bribery in college basketball. The federal complaint stated that Adidas representative Jim Gatto and others attempted to funnel $100,000 to a recruit’s family to gain his commitment to Louisville. Bowen was not named in documents, but details made clear that investigators were referring to Bowen and his father. Bowen has denied knowledge of any payment. The scandal led to the firings of coach Rick Pitino and AD Tom Jurich. South Carolina coach Frank Martin told the Chicago Tribune that Bowen and his family enjoy South Carolina, but they also “have a desire to get first-hand knowledge and feedback from the NBA.”
The 6-10 Preston was never directly linked to the FBI investigation but withdrew from Kansas in January and played briefly overseas in Bosnia, putting up modest numbers before returning home.
He is actually listed as being from Kansas, although he never played a game there. Four of his former Kansas teammates will also be at the Combine — Udoka Azubuike, Devonte Graham, Sviatoslav Mykhailiuk and Malik Newman. “[NBA] teams got a chance to watch him practice at Kansas and he did not overwhelm anybody,” Fraschilla said. Next week all four players will get their chance to impress — on the court and during interviews. “Other than Mitchell Robinson, I’m not particularly high on the other three guys,” Fraschilla said. “I think they’re a long way from playing in a meaningful NBA game.”
Follow Adam Zagoria on Twitter
And Like ZAGS on Facebook