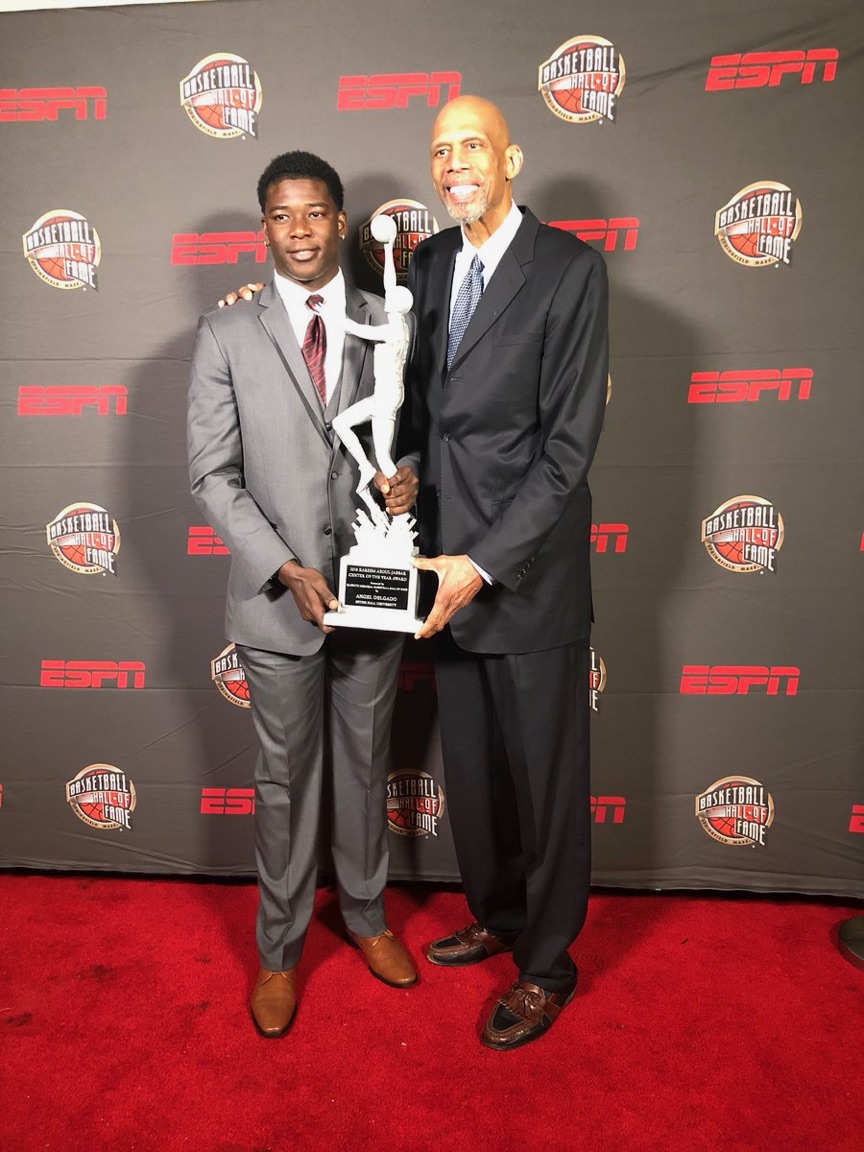 By ADAM ZAGORIA Seton Hall’s Angel Delgado wasn’t invited to next week’s NBA Draft Combine, but that hasn’t stopped him from being seen by NBA teams. The 6-foot-10 Dominican big man worked out Wednesday for the San Antonio Spurs, a league source said.  Delgado who won the Kareem Abdul-Jabbar Center of the Year Award, averaged 13.6 points and 11.8 rebounds this past season. He also has his Pro Day May 30 at the Sports Academy in Newbury Park, Calif. Michigan’s Moe Wagner, also repped by Roc Sports, will share the same Pro Day. The NBA Draft is June 21 at Barclays Center, and Delgado is not currently projected to be drafted, per ESPN.com. Follow Adam Zagoria on Twitter And Like ZAGS on Facebook