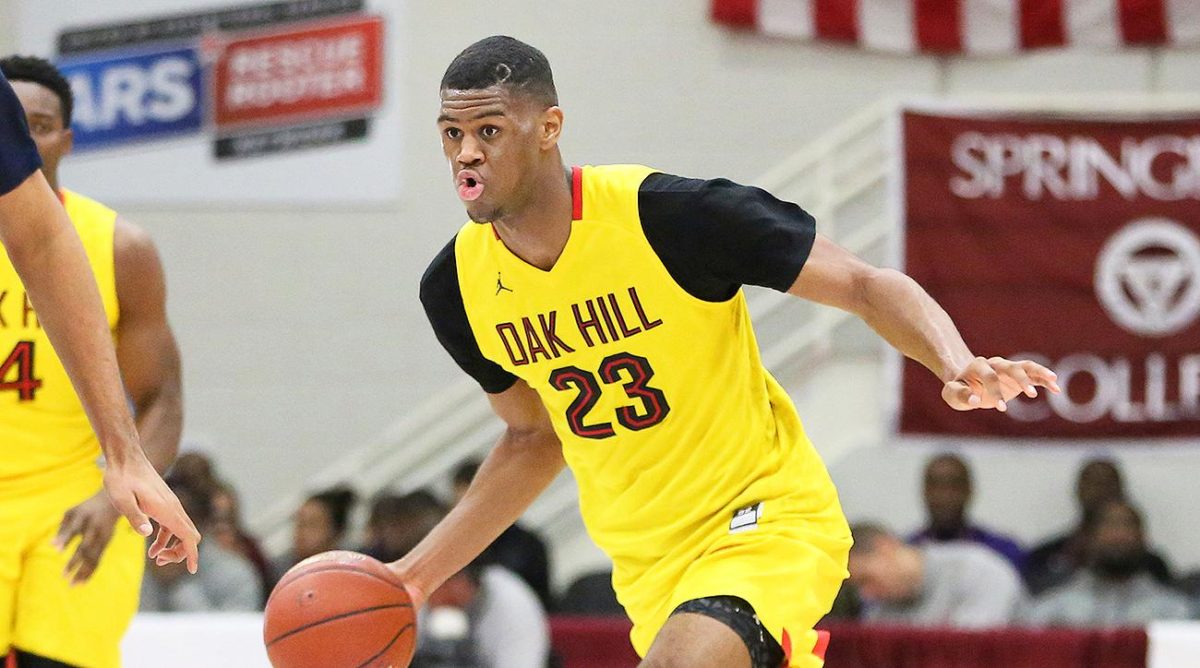 By ADAM ZAGORIA LiAngelo and LaMelo Ball won’t be the only high-profile Americans playing in Europe this season. Billy Preston has signed with Bosnian pro team BC Ikogea instead of awaiting NCAA approval to play at Kansas. BC Ikogea announced the signing, which was reported by the Kansas City Star. Preston is then expected to declare for the 2018 NBA Draft. NBADraft.net currently has Preston as the No. 59 pick in 2018. “We are thrilled to welcome Billy Preston to our Club,” the club announced. “We watched him when he was in High School at OakHill Academy and in the McDonalds All Star game. We are honored to have such a tremendous talent in our organization. We were watching his situation closely and reached out to his family to show interest and ultimately reached an Agreement with the family Attorney in California on a contract for the rest of the season. We know Billy is an NBA prospect so we will do our best to continue his development to help him excel for our club and fulfill his goal which is to be an NBA star in the near future.. Thank’s to Billy and his mother and of course his attorney Jeffrey B. Valle,we’ll be able to watch him live in Laktasi, Republic of Srpska.”

Only five games left in the Adriatic League season, so very short turnaround for Preston to show himself against legit competition. Then it’s onto the Bosnian league, which is a pretty weak and obscure league. Something tells me thus adventure won’t last long.

Preston, a 6-foot-10 McDonald’s All-American ranked 18th in his class by ESPN.com, practiced with Kansas this season but never played. He was held out as the university’s compliance department sought to get a “clearer financial picture” following a single-car incident involving Preston in October. The school said Preston’s car hit a curb, causing minor damage to the tires. No police report was filed.

Billy Preston yet another player caught up in the FBI/DOJ NCAA scandal. Paper trail leading back to adidas was likely too much for Kansas to risk considering the limited reward.

Kansas coach Bill Self had said the situation was out of Kansas’ hands — and rested with the NCAA.

“I can confirm that Billy Preston is foregoing his eligibility to play at Kansas and has signed with a professional team in Bosnia,” Self said in a statement. “Billy’s family has been very upfront telling us that his first choice was to stay at Kansas, but with the uncertainty of the situation they needed to look at other potential options. This opportunity in Bosnia came with a deadline for a decision, and the family reached that decision Friday afternoon.

“We are all disappointed that Billy never had the opportunity to experience college basketball competition but we certainly support him and wish him the best. Although he has been frustrated with the situation, Billy’s attitude has been tremendous and he has developed as a person and as a player. I’m sure that will continue as he prepares for his professional career.”