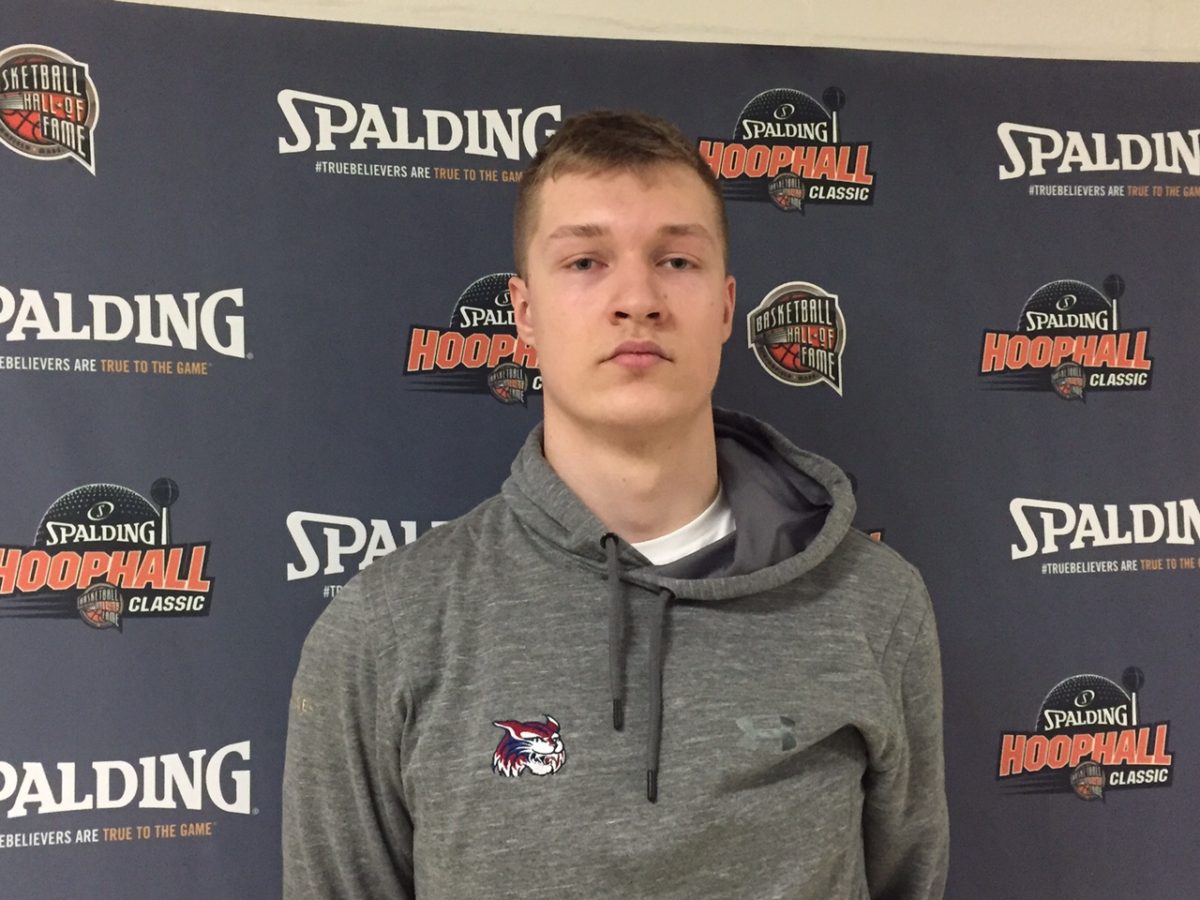 By SEAN BOCK Lukas Kisunas, the 6-foot-10, 256-pound big man from Brewster (N.H.) Academy, committed to Stanford Tuesday night, he announced on Twitter. A former UConn commit, Kisunas chose Stanford over Arizona, Wake Forest, and Old Dominion. “One of the big reasons was the education and the level of it,” Kisunas told 247Sports. “I think it was mainly education and there’s a spot for me on the team.” Kisunas took an official visit to campus last Friday. “It was really good,” Kisunas said. “I really like the facilities. The people I met, academically and the style of play and I feel like I got a connection with the players. I really enjoyed it. There were moments that I felt like I was right back at home.” Kisunas is the fourth pledge in head coach Jerod Hasse’s 2018 recruiting class along with Bryce Wills, Cormac Ryan, and Keenan Fitzmorris. According to 247Sports, Kisunas is a three-star commit and the No. 25 center in the 2018 class.
Follow Sean on Twitter
Follow Adam Zagoria on Twitter
And Like ZAGS on Facebook