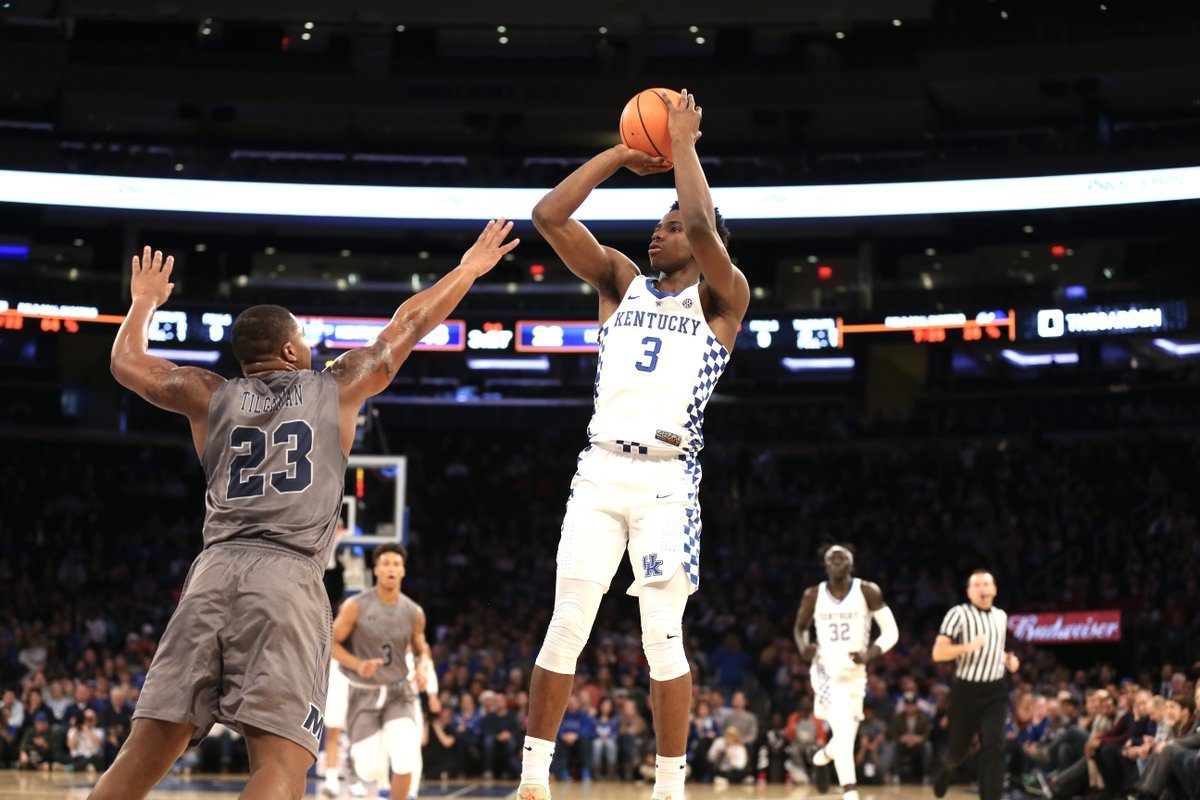 By SEAN BOCK Kentucky freshman Hamidou Diallo still has not made a decision on whether he will declare for the NBA Draft despite reports on Friday, his mentor Rob Diaz told ZAGSBLOG.

“No, the family and I will be meeting with him next week to make a decision on what he feels is best for him,” Diaz said. “Anything else out as of now is just a rumor.’

Kentucky in the latest @DraftExpress Mock:

Diallo averaged 10.0 points and 3.6 rebounds per game this season. The Wildcats finished the regular season 24-10 (10-8 SEC) and won the SEC Tournament before falling in the Sweet 16 to Kansas State. Diallo considered leaving for the NBA last year but then went back to school.
Follow Sean on Twitter
Follow Adam Zagoria on Twitter
And Like ZAGS on Facebook