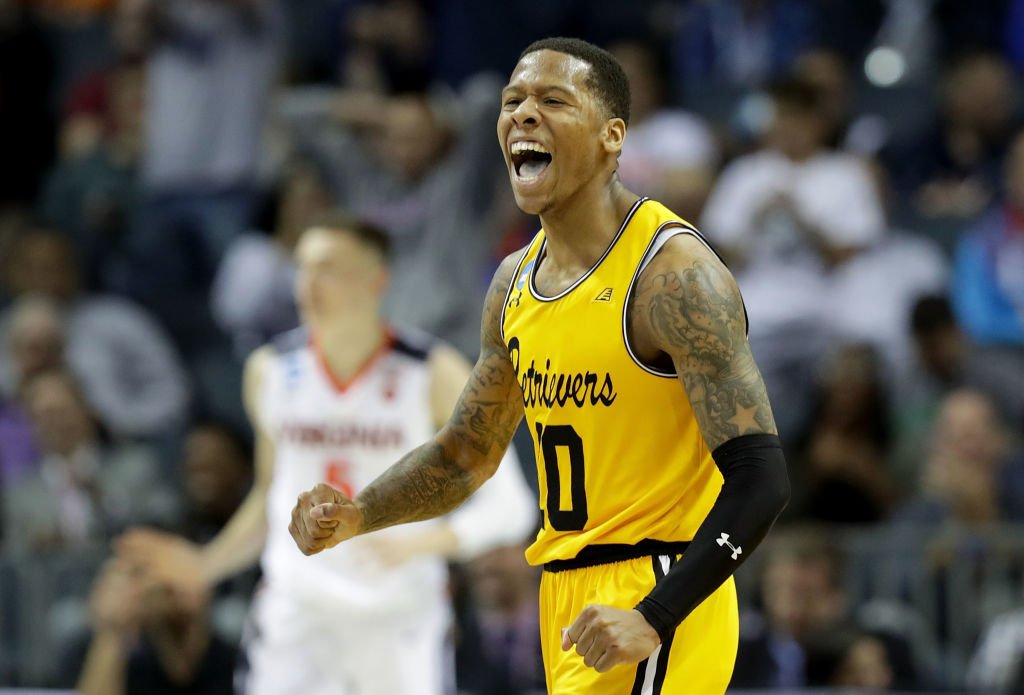 By MIKE McCURRY One hundred thirty-five times, a No. 16 seed attempted to do the unthinkable by topping a 1-seed in the NCAA Tournament. And, 135 times, quintessential Cinderella succumbed sooner or later to Goliath, normally in bloodbath fashion. UNTIL NOW. No. 16 UMBC made history on Friday, and it barely had to break a sweat in doing so. The (University of Maryland, Baltimore County, because I know you were wondering) Retrievers beat up on Virginia, the top overall seed in this year’s field, 74-54.

We all just witnessed a piece of history there. A 16 seed has finally beaten a 1. You’ll be answering trivia questions about this in 25 years. pic.twitter.com/B6MI6aMZmR

Yes, the same UMBC team that lost 83-39 to lowly Albany back in January and had only played one NCAA Tournament game in program history prior to this year. Yes, the same Virginia team that sported a 31-2 overall record and went 20-1 against ACC foes, winning the league’s regular-season title by four full games and the conference tournament to-boot. The same team that beat Duke at Duke, took down North Carolina twice, and everyone else in between. It took Jairus Lyles 40 minutes to go from a virtual unknown to a household name that no college basketball fan is going to forget anytime soon. The senior guard led the way with 28 points, hitting 9-of-11 shots despite battling cramps in addition to, oh yeah, a historically great defense in Virginia.

There are 351 teams in Division I.

Entering Friday, Virginia was the only one that hadn't allowed 70+ points in a game this season. They allowed 74 to UMBC. — ESPN Stats & Info (@ESPNStatsInfo) March 17, 2018

The Cavaliers came in leading the nation in fewest points allowed per game (53.4) and adjusted defensive efficiency (84.3), the latter representing the number of points allowed per 100 possessions adjusted for the opposition. UMBC paid no mind to any of that. They shot 54 percent, made 12 three-pointers, and altogether invaded Virginia’s vaunted Pack Line defense with little resistance. “We got our butts whipped, that was not even close,” said Tony Bennett to CBS Sports’ Tracy Wolfson afterward. “Their offense was very hard to guard, they shot it well,” Bennett continued. “We kept getting broken down and did a poor job.”

Ty Jerome: ‘Yeah, everybody’s aware of that. Thanks for bringing it up’ pic.twitter.com/3RWDjQfHeL — Adam Zagoria (@AdamZagoria) March 17, 2018

Of course, common folk often associate Bennett with the title as Best Coach Never to Make the Final Four. Friday’s historic defeat is only going to intensify that label. One could argue he should be forced to make that his social media handle now. Virginia, which routinely dominates opponents in convincing fashion and plays at the nation’s slowest tempo, isn’t accustomed to trailing, let alone having to get out of their comfort zone by hastening the pace in an effort to accrue a few extra possessions. That was quite evident on Friday. Ty Jerome required 16 shots to get 15 points. Devon Hall went 1-of-9 from the field, finishing with 2 points. Jerome, Hall, and Kyle Guy combined to go 2-of-17 from three. As good as De’Andre Hunter is, Virginia can’t use his absence due to a broken left wrist as an excuse for putting up an absolute stinker. Oh, and if you keep shouting that your bracket is busted, do less. Pipe down. Don’t be selfish. Because you’re not alone.