Purdue’s Isaac Haas Out for Season 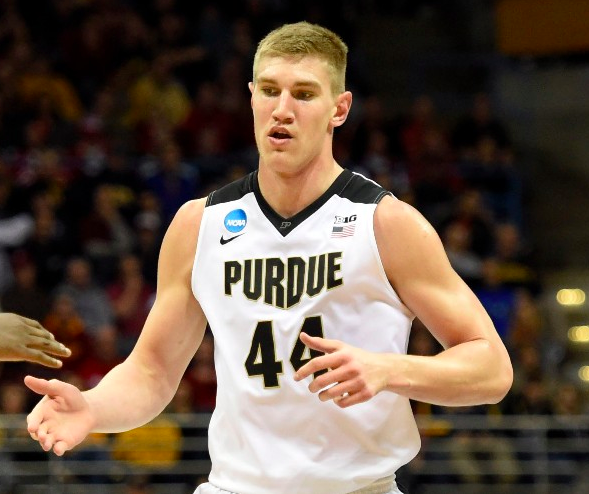 By SEAN BOCK Purdue senior center Isaac Haas will miss the remainder of the NCAA Tournament with a fractured right elbow suffered in Purdue’s 74-48 first-round win over Cal State Fullerton Friday, Matt Painter announced. Haas fell on the elbow midway through the second half while battling for a rebound. He would remain in the game but X-rays revealed after the contest a fracture in his elbow that will require surgery.

A finalist for the Kareem Abdul-Jabbar Award, the honor for the nation’s top center, Haas averaged 14.7 points and 5.7 rebounds per game this season. Purdue will play the winner of Arkansas and Butler in Sunday’s second round. Photo: DraftExpress
Follow Sean on Twitter
Follow Adam Zagoria on Twitter
And Like ZAGS on Facebook