In wake of emotional NCAA Tournament loss, Dan Hurley says he could ‘give two craps’ about job openings 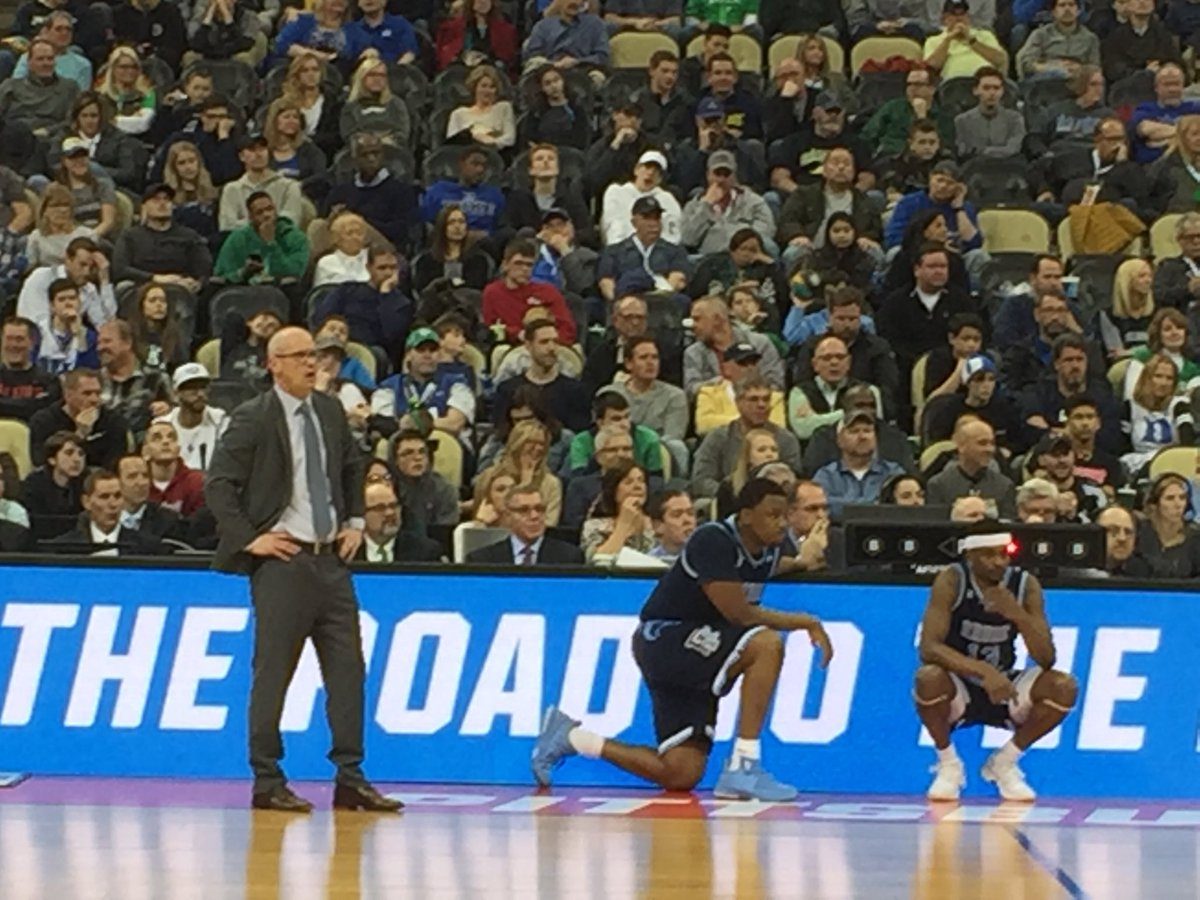 By ADAM ZAGORIA PITTSBURGH — In the wake of an emotional NCAA Tournament loss to Duke, Rhode Island coach Dan Hurley said he “could give two craps” about potential job openings to which he’s been linked. Hurley has been linked to the openings at UConn and Pittsburgh, both of which presumably would offer him more money than he currently makes. “Listen, I could give a crap about who’s got an opening or anywhere, I haven’t thought about it for a second,” Hurley said following his team’s 87-62 loss to the Blue Devils at PPG Paints Arena. “I could care less about any other school in the country that’s looking for a coach or talks about me in social media. I could give two craps about that. My heart, my mind is with this program and these players that just lost a brutal game after having an amazing last couple seasons.”

WATCH: Dan Hurley asked about his interest in other coaching jobs:

‘I could give a crap about who has an opening anywhere. I haven’t thought about it for a second.” “I could give two craps about that. My heart and my mind is with this program.” #URI #Rams pic.twitter.com/pm7zDlV40h — Yianni Kourakis (@YianniKourakis) March 17, 2018

Asked if any schools had “tried to contact” him, Hurley said, “Listen, we all have agents in this business and my agent was smart enough to have no contact with me since this was going on because he knows who I am and the type of people my family is. And that’s not typical of this business.” Hurley and his family plan to decompress and possibly go on vacation for the time being. His older brother, Arizona State coach Bobby Hurley, is already in Cabo San Lucas, Dan said. “These seasons are long and hard,” he said. “I’m just going to go into hibernation for a day and just physically and emotionally try to recover. These five-month journeys take a lot out of you.” Hurley, 45, is 112-82 (.581) in six seasons at the A-10 school. This year’s team won the Atlantic 10 Conference regular season title and finished 26-8. In May he agreed to a one-year extension through 2023-24. His base salary is $300,000, and his annual compensation by the end of the deal will be nearly $1.1 million, per the Providence Journal. Rhode Island redshirt senior guard E.C. Matthews and the other seniors appeared on the dais with Hurley. “This is my guy,” Matthews said. “I know we’re not the same color, but he’s definitely my father. Just trying to walk off the court the right way. Things didn’t go our way, but just what we’ve done. When we both came here, him coaching me as a player. We picked this program off the ground. We was fine for about five years. We landed and we just wanted to walk off the court the right way. You know I love this guy.”
Follow Adam Zagoria on Twitter
And Like ZAGS on Facebook

As one-and-dones fall out of NCAA Tournament, Marvin Bagley III looks like an imposing force as Duke rolls on