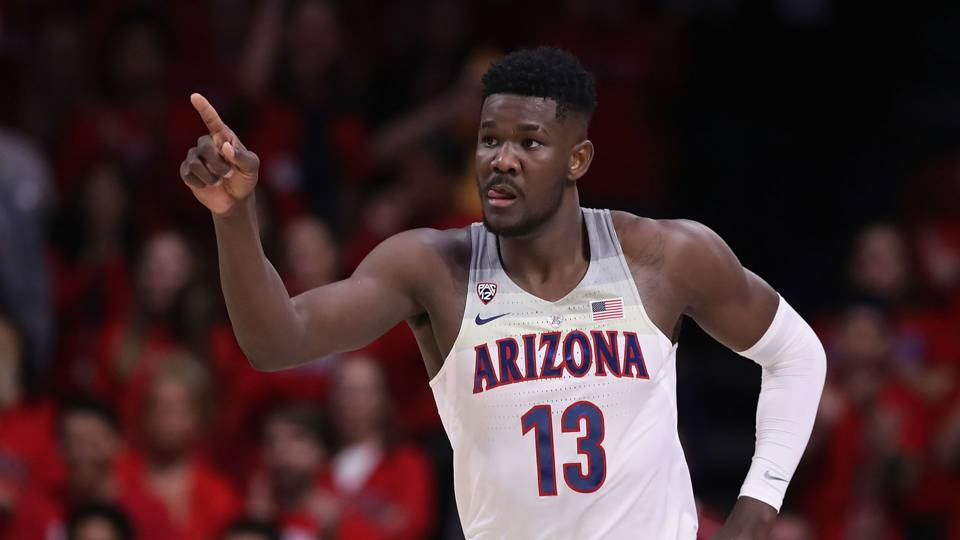 By ADAM ZAGORIA In the wake of Arizona’s 89-68 blowout loss to Buffalo Thursday night, Arizona stars Deandre Ayton and Allonzo Trier both declared for the NBA Draft. The 7-foot Ayton is the projected No. 1 pick via ESPN.com. while the 6-3 Ayton is projected at No. 57. “Next for me is finishing out school and getting ready for the draft, that’s about it,” Ayton said in the Arizona locker room, via The Wildcaster.

That didn’t take long. DeAndre Ayton and Alonzo Trier declared themselves for the NBA draft. So much for taking a day to think about it. #ArizonaWildcats

Mychal Thompson, the only No. 1 pick ever to come from the Bahamas, thinks Ayton will follow suit — and become the first No. 1 pick from Arizona and the second from the Bahamas. “He better be,” Thompson, 63, told me for a New York Times story on Ayton. “He’s the best player in college basketball so if whoever has the No. 1 pick doesn’t pick him, they’re missing out on a chance at the next David Robinson.”

Deandre Ayton says he will miss the special bond with teammates that he never got to have when he played high school/AAU ball. pic.twitter.com/uFYQcobpqF

Ayton was named the Pac-12 Player and Freshman of the Year, and is one of four finalists for the Naismith Award. But his NCAA Tournament was like his college career: one-and-done. “Deandre superceded any expectation that I could have ever had for him,” Arizona coach Sean Miller said. “He was an incredible teammate. Worked hard every day. Played for the win. The way our team is made up and we’ve fought all year with this, when you play two 7-footers, one of the two 7-footers has to do some extraordinary things on defense. And that’s part of what I saw Buffalo play. “But with Deandre as fine of a kid as we’ve had and an extraordinary player, I hate to see him go out in the first round. It’s not his fault, really. He had 13 and 14. I thought Buffalo pressured us and took us out of some things and negated some of the things that he’s done all season long. But for anybody to not remember Deandre as the greatest freshman that ever walked through Arizona, they weren’t paying attention, statistically and just the type of kid he is. He’s destined to go do some great things.” Follow Adam Zagoria on Twitter And like ZAGS on Facebook