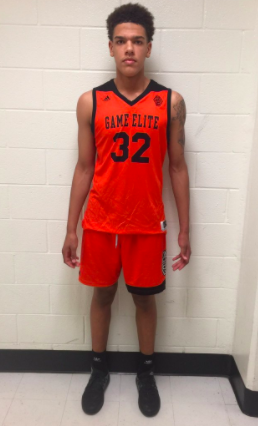 By SEAN BOCK Rodney Howard, the 6-foot-9 power forward from Centennial (GA), is one of the fastest rising prospects in the 2019 class. Howard holds mid-major offers from Florida Gulf Coast, South Carolina State, Middle Tennessee, and Mercer but recently picked up an offer from Georgia in December and Baylor, Texas A&M, Kansas State, and Clemson have expressed great interest, he told ZAGSBLOG. Georgia, Middle Tennessee, Clemson, and UAB are four schools that stand out at this point. Georgia: “I like them a lot. I like their coaching staff, it’s a nice place, and it’s close to home.” Middle Tennessee: “I’ve been there almost three times. I know their coaching staff pretty well. Coach [Ronnie] Hamilton texts me almost every other day, and he wants me there pretty bad.” Clemson: “I like them a lot as well. They just added a lot of stuff to their arena, and when I was there, I watched a practice and got to go to a football game.” Howard said he plans on taking an unofficial visit to UAB on March 1st, his first time on campus. “I want a school that actually wants me,” Howard said. “I want to have a good relationship with the coaching staff. I want to play and have meaningful minutes as a freshman. I want a program which also uses bigs and not just guards.” Howard doesn’t have any unofficial visits planned right now but should be taking a lot this summer. “I can bring energy and scoring,” Howard said. “I like to get after it on the offensive and defensive glass. It’s hard to score on me because of my length. I can bring almost anything my team needs me to.”

“Rodney is a great kid and player,” Atlanta Celtics coach, Reco Hallmon, said of Howard. Legit 6″10 post, can run the floor, great rim protector. Scores very well in pick and roll and back to the basket. Plays above the rim. A double-double threat every night and he is a great offensive rebounder and shot blocker.”