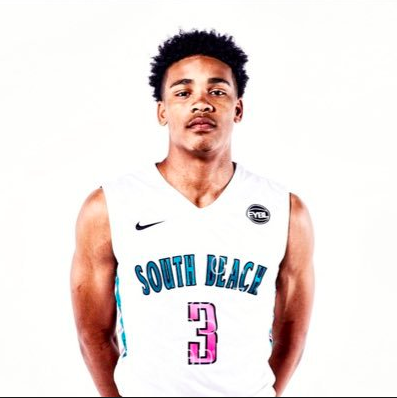 By SEAN BOCK Tai Strickland, the 6-foot-2 point guard from St. Petersburg (FL), has been reeling in the high-major offers as of late. “It was a little slow at first,” Strickland told ZAGSBLOG of his recruitment. “It’s started to pick up the last couple weeks with the offer from Wisconsin, Rutgers and couple other schools have started to reach out.” The Badgers offered Strickland last week and plans on taking a visit to Madison after the season. “I was super excited when they offered,” Strickland said. “They have a great tradition. They made it to the Final Four a couple years ago, and they may be having a down year this year they’ll be back. It’s definitely a great program.” Strickland received another Big Ten offer this week from Rutgers.

“I love the coaching staff,” Strickland said. “Most of the coaches are former point guards, and they preach toughness. Also, they run a very guard friendly system, and that’s very attractive as well.”

DePaul, UMass, Rutgers, SMU, and Maryland were in to see Strickland play on Feb. 22. In addition to all the other schools mentioned Oklahoma State, Baylor, South Carolina, Minnesota, and Virginia have expressed recent interest, and another offer(s) could be coming any day now. .”I’ve gotten better every single year, and I think that’s what programs want to see,” Strickland said of his improvement. “They want to see you work and get better and I’ve definitely proven that.” “I do everything on the court. I rebound, I defend very well, I can score, but I make plays for others, and I’m not a real selfish guy. I like to make plays the right way whether that be scoring or passing the ball, and that’s what a point guard needs to do,” Strickland added. With the state tournament underway, Strickland plans to take official visits after the season and will either decide closer to signing day or when he feels it’s the right time, so he’s not “100 percent” sure. “I want to be comfortable with the coaching staff,” Strickland said of what he wants in a school. “I want to go to a school where I can go for all four years if that’s how long I’m there. The system doesn’t really matter to me because I feel like I can play any style but a guard friendly system would be the best.” A three-star recruit according to 247Sports, Strickland is the son of former NBA guard Rod Strickland who had been an assistant at USF which was one of Strickland’s first offers.
Follow Sean on Twitter
Follow Adam Zagoria on Twitter
And Like ZAGS on Facebook