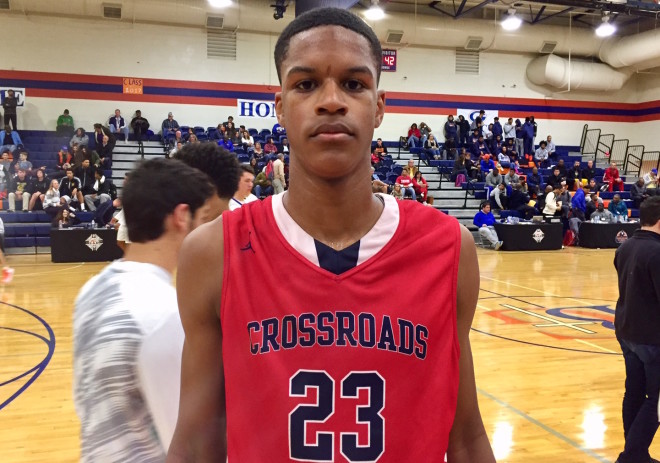 By SEAN BOCK Shareef O’Neal, the 6-foot-9 power forward from Crossroads (CA) Academy, has reopened his recruitment, he announced on Twitter Saturday afternoon. “At this time I’m am opening up my recruitment due to the current events with the UofA Bball team,” O’Neal said. “I would like to thank all the coaches for recruiting me. At the time my family and I think it’s in my best interest to look at other options to assure my play in the NCAA next year.”

O’Neal decommitted amidst an ESPN story released Friday says the FBI has wiretapped conversations of Arizona head coach Sean Miller discussing a $100,000 payment to DeAndre Ayton, the 7-foot-1 Bahamian native who is in the mix for the No. 1 overall pick in the NBA Draft. It was announced that Miller would not be coaching his team in its matchup at Oregon on Saturday. O’Neal and top-40 point guard Brandon Williams were the two remaining commits in the 2018 class for Arizona following the decommitment of Jahvon Quinerly in October.  Williams is still committed to the Wildcats but will discuss with his family Saturday night whether or not he will stay committed.
“Shareef is a player that works very hard on improving and expanding his game,” Chad Beeten, former Crossroads Academy coach, told ZAGSBLOG via text. “He was a very coachable player, an unselfish teammate and always fun to coach. His potential is just being tapped into.”
O’Neal is the son of four-time NBA champion and three-time NBA Finals MVP Shaquille O’Neal. He originally chose Arizona over USC, UCLA, Kansas, California and his father’s school LSU, amongst others. According to 247Sports, O’Neal is the No. 33 player in the 2018 class and the No. 9 prospect at his position.
Follow Sean on Twitter
Follow Adam Zagoria on Twitter
And Like ZAGS on Facebook