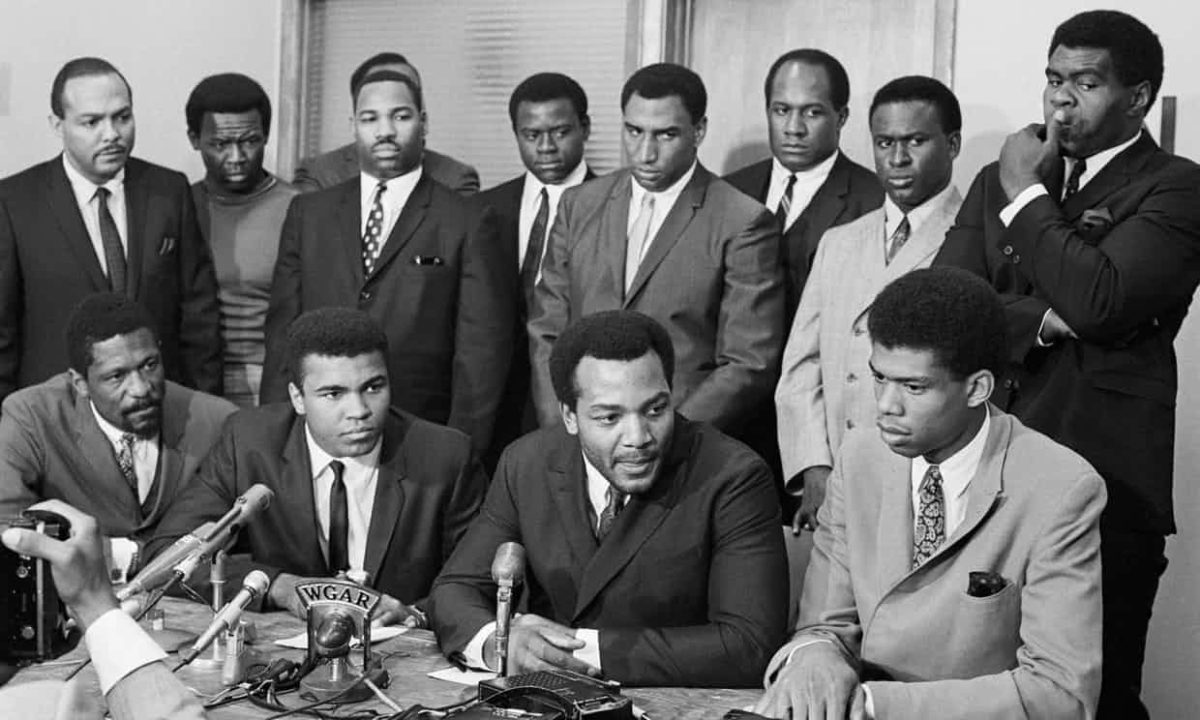 By ADAM ZAGORIA Like most of her Fox News colleagues, Laura Ingraham styles herself a great American patriot. But aside from being condescending at best and not-so-subtly racist at worst, Ingraham’s “shut up and dribble” comments directed at LeBron James and Kevin Durant show she doesn’t understand American history. Or more specifically, the role prominent athletes have played in shaping modern American history, from the civil rights movement to the anti-war movement to advocating for LGBT rights to protesting the treatment of minorities by police. Contrary to what her Fox colleague Bill O’Reilly tried to spin on Twitter, Ingraham isn’t critiquing James’ and Durant’s criticisms of President Donald Trump. She isn’t debating their positions. She’s flat out saying they don’t have a right to voice their opinions simply because they’re pro athletes. They should “shut up and dribble.” In point of fact, her comments are un-patriotic and un-American.

Would she have told Bill Russell to “shut up and dunk” as he participated in the 1963 March on Washington and defended Muhammad Ali when he refused to serve in the military on the basis of his religious beliefs?

Bill Russell first linked arms with teammates as a show of unity 56 years ago. https://t.co/uVz8K3DzTA pic.twitter.com/jeLLZOAnqF

Would she have told The Greatest to “shut up and box” as he voiced his protest to the Vietnam War? (I’m sure that would’ve gone over well.) Would she have told the great Billie Jean King to “shut up and serve” as she advocated for equal rights for women and later helped fight for LGBT rights? In the wake of Trump suggesting Colin Kaepernick was a “son of a bitch” for his refusal to stand for the National Anthem in protest of the treatment of minorities by police, would she have told him to “shut up and pass”? All of these, by the way, are variants of the “Stick to sports” mantra that social media users spew out toward athletes, journalists and others who dare to comment on aspects of American life that fall strictly outside of the sports realm. But athletes and journalists aren’t robots. They’re not programmed to simply compete in, or write about, sports. They’re American citizens who have every right to comment and voice their opinions, especially in difficult and troubling times. Of course, not all prominent athletes have used their platforms for larger purposes.  Michael Jordan famously stayed out of politics, saying, “Republicans buy sneakers, too.” Jordan, of course, took heat for that position, too. “You can’t be afraid of losing shoe sales if you’re worried about your civil and human rights,” Kareem Abdul-Jabbar said. “He took commerce over conscience. It’s unfortunate for him, but he’s gotta live with it.” From Jackie Robinson to Russell, Ali, Abdul-Jabbar and Jim Brown, to King and Martina Navratilova, to Kaepernick and his fellow NFL protesters, to James and Durant, pro athletes in modern times have consistently used their platform to argue for change. Laura Ingraham may not be a blatant racist, but she clearly doesn’t understand American history. If she did, she would know that James and Durant are just the latest high-profile athletes to use their platforms to discuss and analyze the society in which they live, and to promote change where they feel it’s needed. And as NBPA executive director Michele Roberts points out, between James’ and Durant’s Twitter followers, she has “now introduced herself as intolerant and narrow-minded to 57 million people around the world.” Ironically, Ingraham may have actually augmented the platform that James and Durant — as well as other high-profile athletes have — via her controversial comments. “All she’s done is made his platform and his agenda even more important,” NBA analyst Reggie Miller said of James during Sunday night’s All-Star Game. So Laura Ingraham can argue all she wants that she’s not a racist — and Bill O’Reilly can spew whatever nonsense he wants about her motives — but it’s clear neither one of them has a clue about the integral role  athletes have played in American history.
Follow Adam Zagoria on Twitter
And Like ZAGS on Facebook