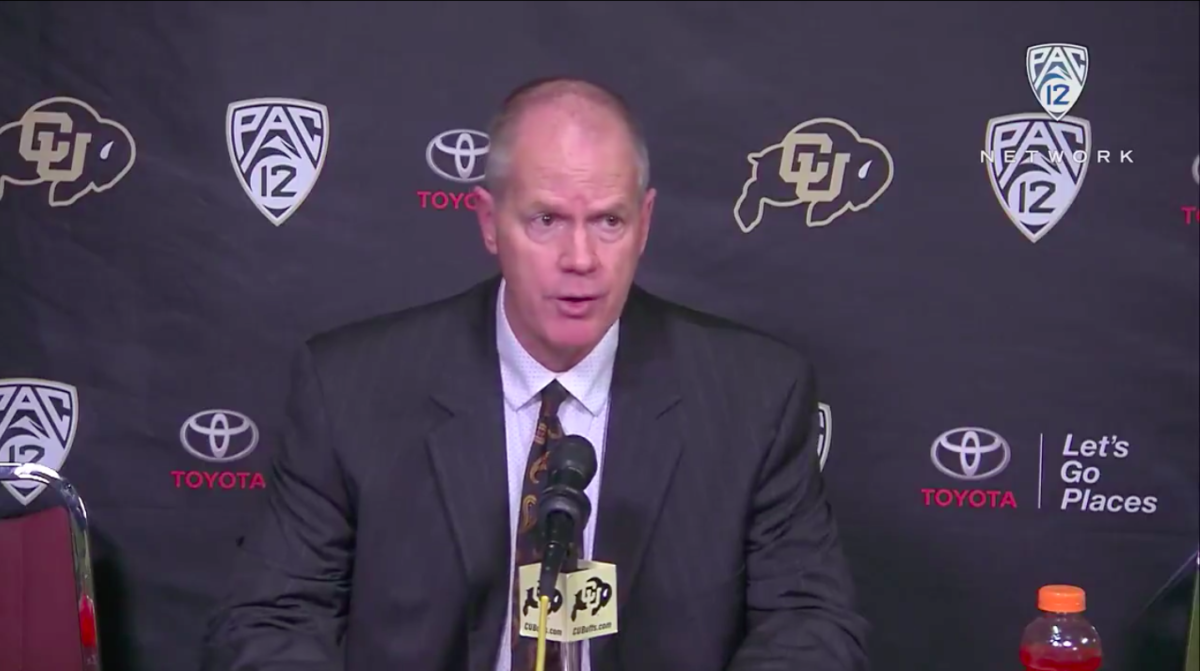 By JACOB POLACHECK After taking down No. 14 ranked Arizona in an 80-77 victory on Saturday night, Colorado head coach Tad Boyle was asked whether there’s any extra satisfaction in beating Arizona after the program was named in the FBI’s probe into college basketball, which uncovered mass corruption, wire fraud and bribery in recruiting. “Absolutely,” Boyle said Saturday. “It’s ironic we’re playing Arizona. I’ve got great respect for Sean Miller and the type of coach he is. They recruit very, very well. USC has recruited very, very well. The two most talented teams in our league from top to bottom are USC and Arizona.” “So, hell yes there’s extra satisfaction. I’ve got great respect for Sean, helluva coach. I’ve got great respect for Andy Enfield. But to answer your question: Hell. Yes.” Last November, seven men were indicted by the FBI in a college basketball bribery scandal. Prosecutors said the men were accused of using bribes to influence star athletes’ choice of schools, shoe sponsors and agents. Both former Arizona assistant coach Emanuel “Book” Richardson and former USC assistant Tony Bland were among those accused. Head coach Sean Miller has denied any wrongdoing.

Villanova new No. 1 in AP Top 25 after Michigan State loss; West Virginia jumps to No. 2