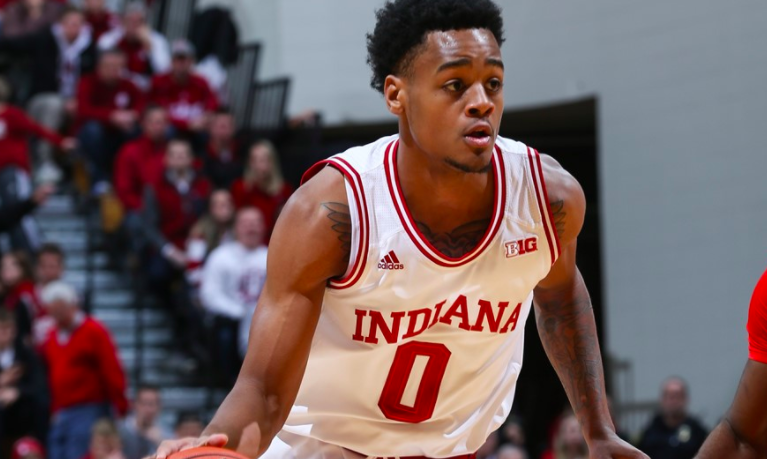 By SEAN BOCK Oklahoma State has gained the services of former Indiana sophomore guard Curtis Jones, according to ESPN’s Jeff Goodman. A four-star recruit in high school at Huntington Prep (WV), Jones appeared in seven games this season for the Hoosiers and averaged three points. In his freshman year, under head coach Tom Crean, Jones scored 15 points in his college debut over No. 3 Kansas but ended up averaging 3.5 points and 11.2 minutes per game and struggled throughout the season. Jones is expected to arrive in Stillwater for the spring semester and will gain eligibility at the end of the fall semester in 2018. Photo: Indiana Athletics
Follow Sean on Twitter
Follow Adam Zagoria on Twitter
And Like ZAGS on Facebook