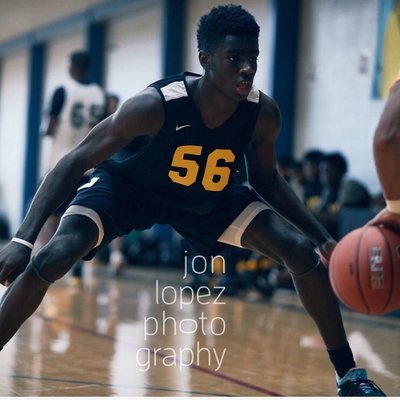 Kahlil Whitney, the 6-foot-6, 200-pound small forward from Roselle (N.J.) Catholic, is being recruited by a Who’s Who of high-major Division 1 programs. A Chicago native and the son of former Seton Hall standout Kelly Whitney, Kahlil is being courted by Syracuse, St. John’s, Georgetown, UConn, Miami, Virginia Tech and Illinois, among others. The No. 12-ranked small forward in the Class of 2019 per 247Sports.com broke down several of his top schools for ZAGSBLOG. Syracuse: “Syracuse told me I could be special because I shoot the ball pretty well. They get out and run, too. I could get a lot of deflections.” St. John’s: “I like St. John’s because coach [Chris] Mullin has a pro-oriented practice. They do a lot of skill development. They pretty much get out and run.” Georgetown: “Coach Patrick Ewing hasn’t seen me play but coach Louis Orr saw me play in Milwaukee. We got a good relationship, he coached my dad in college [at Seton Hall].” UConn: “I Haven’t watched them much this season but they saw me over the summertime. I talk to coach [Raphael] Chill[ious] a lot. He calls me every now and then.” Miami: “Coach [Chris] Caputo calls me. Coach Caputo and coach [Jim] Larranga came to my school. I know they got a lot of guards around my height and they run a lot of pick-and-roll.” Illinois: “Coach [Brad] Underwood offered me the first time he saw me. I said he loved me and I would fit in well. They just told me they want to put me in a special situation and they want to have a good relationship. It’s always good to have a good relationship with your hometown school.”   RC head coach Dave Boff said Whitney’s upside is huge. “His upside is as high as it wants to be,” Boff said. “With his athleticism and his size, he can be as good as he chooses to be. He’s a super hard-worker. He’s in the gym all the time. He comes in early for workouts, he comes in on off days. If he keeps doing those types of things he’ll be able to play anywhere he wants and be able to be successful when he gets there.” For now, Whitney is focusing on his high school team, which also features 2018 LSU signee Naz Reid and Class of 2020 forward Cliff Omoruyi, among others. The Lions should be among the favorites to win the New Jersey Tournament of Champions this season, along with Hudson Catholic, the Patrick School and the Ranney School, among others. “That’s the only way,” he said of his goals of competing for a state title. Follow Adam Zagoria on Twitter And like ZAGS on Facebook