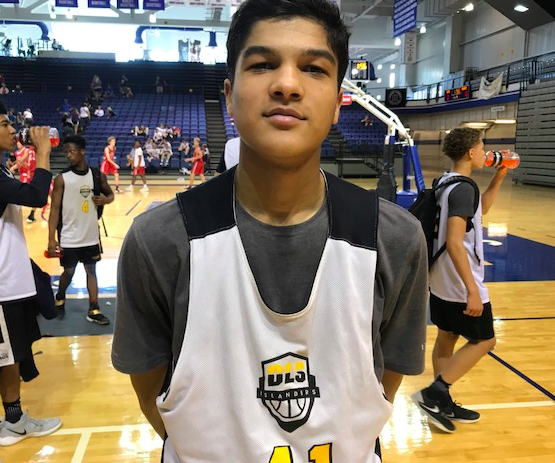 By SEAN BOCK Tyrell Terry, the 6-foot-1 point guard from De La Salle (MN), told ZAGSBLOG that Butler, Ohio State, Stanford, Nebraska, and Purdue have made him a priority at this stage in his recruitment. He broke down each program: Butler: “I like the play style a lot, the coaching staff, and I went and saw an exhibition and the atmosphere was crazy. I figure it must be ridiculous for a game like Villanova.” Ohio State: “I liked the tradition that they have as a program. I also liked what coach [Chris] Holtmann plans to do with the program along with what he’s done in the past at previous schools.” Stanford: “I think that they are gonna need some time to get back to where they used to be, but I think coach [Jerod] Haase will do a good job there. I like how they need a point guard like myself, and I believe I could succeed there. The opportunity that the school itself presents is something that can’t go without strong consideration. Nebraska: “They just got brand new facilities, and I like how interested they are in. They call me often just to tell me how much of a priority I am to them.” Purdue: “I like how successful they’ve been recently, and I really see myself succeeding with the offensive freedom they are given.” As for visits, Terry said, “I’m most likely going to start official visits in the early fall of 2018.” “The number one thing I’m looking for in a school is fitting into their play style,” Terry said. “I’m a pure point guard who likes to push the tempo.” According to 247Sports, Terry is the No. 22 player at his position in the class of 2019 and the No. 2 prospect from the state of Minnesota. Photo: Prep Hoops Follow Sean on Twitter Follow Adam Zagoria on Twitter And Like ZAGS on Facebook